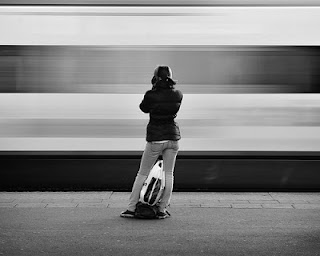 This will be rather a naive post. It won’t be steeped in intellect or even harsh experience. It won’t be scientifically correct. In fact, the only thing really going for it is that it will mean well.

This post is my attempt at a simple plea.

I don’t want this post to be one of those things like when people tell people to snap out of their depression. “Go for a nice walk and you’ll be fine…”. I hate those things. Depression is something I don’t really understand and I’m hugely grateful for that. The best thing I can do, in gratitude, is to not pretend that I understand it.  It’s much the same with suicide, I can’t comprehend the depths that one gets to before it becomes an option and I sincerely hope this always remains the case.

So I’m not saying ‘you’ll be fine’ or ‘catch yourself on’ or ‘don’t be so silly’. I’m not equipped to talk any sense at all on this subject but at least I know it.

But I can make a plea, can’t I? They’re not sensible, scientific things, pleas, they’re just naive, rather silly things. Even I can manage one of those.

So, please, don't take your life.

I can also, in my rather silly way, offer two thoughts to a person who might one day come to consider taking their lives. They might be stupid thoughts, they might even be dangerous ones. If they are, please let me know and I will reconsider leaving them up here. I mean well but, as we all know, that’s not always such a great thing.

If you are thinking of taking your life, think about this for a moment. Who do you love? Bear with me, this is not quite as obvious as it will at first seem. So, who do you love? Who loves you? If the person or persons you love had fallen under the path of a speeding bus, you would throw yourself under that bus, push them out of the way and save them. You would gladly sacrifice yourself to the bus to let them live. You know you would. Well, here’s the thing; ‘Your Life’ is the bus. Whoever you love, whoever loves you, in order for you to save them you have to throw yourself selflessly under the bus of 'Your Life'. Whatever crippling injury, whatever unthinkable pain, will result, you would bear it to save the ones you love. And that’s really what you have to do.

Supposing nothing works, nothing at all. Supposing it’s darker than anybody else knows and you know in your heart-of-hearts that everybody would be so much better off if you were just gone. Supposing there is no other choice left.

Grab a bus, a plane. Beg, borrow or steal some money and get completely and utterly away. Leave everything and everyone behind. Tell nobody, just go. It’s a terrible option, it will be cruel – unbearable even - on your loved ones but if you have to go it’s so much better than you should go that way.

If the object of suicide is to tear down every aspect of your life until nothing is left then you can do that while still staying alive. Change everything. Go to Haiti and help the people there to build a house. Get on the road and thumb a lift somewhere, sleep rough, join a religious order. Anything. Do anything but don’t take your life.

It's not hard to figure out why I say this. You can come back from any of these other departures someday, if you should want to. A day will come when things will be better and, speaking frankly, if you’ve killed yourself you don’t get to ever come back.

So if you ever find that you have no choice but to go, then go. Go. Go anywhere but there.

Finally, I realise that I've done what I said I would not do. I’ve written, probably condescendingly, about something I know nothing about. I'm no better than those people who tell depressed people to have a nice walk.

I’m really sorry about that.

But we have to talk, I think. Even if we’re not making any sense. We have make it even more of a topic of conversation than it currently is.

I felt I had to at least give it a try.

Depression is a horrible illness, made worse by the fact that you cannot actually see it.

It affects all aspects of your life and is like being in a small box with no light in it.

A friend once said to me "The trick is to find the light switch in the box to help you find your way out."

This is very true.

I never thought of the bus image before. It's a good one.

I wish people would talk about it more as there is a lot of help out there.

You are very brave to give it a go.

When I was a teenager, a teacher said to us, "Suicide is a permanent solution to a temporary problem."

I would never criticise you for trying to help. Maybe you don't (thankfully) have the experience of depression (I do) but there is no harm in reaching out to those in this frightening situation, & hopefully your suggestions may work for some. Your warmth & compassion shine through in your writing & you already touch many through this medium in a positive way. I'm trying very hard not to add my own views here on suicide as I don't believe they are helpful to your cause but (Ken) feel free to get in touch on twitter (@MoreySue)if you are interested.

It's a surprising thing for me to admit but I have never seriously contemplated killing myself. I've imagined being dead and what the aftermath might be like but things have never been so bad that I've sat down and worked out how one might actually go about ending one's life. This surprises me because I've hit some pretty low lows in my life which I'm not going into but I have no doubt that others would have decided these were quite enough and going on was pointless. It's not grit or character of anything like that that's stopped me—the thought of it hurting was never that appealing or, worse still, it going horribly wrong—no, it was not knowing. I don't mean not knowing if there was a life after death of anything like that. I mean not knowing what tomorrow might bring. You see I'm a terribly curious person. We are never told how long Didi and Gogo have waited for Godot when the play starts but I bet I would still be standing there long after they'd buggered off because of what might happen next. I might write a great poem tomorrow and by that I mean a really, really great poem that's just waiting for that last scrap of misery for me to have all the pieces and then I will be able to write it and it would be a crying shame if I got knocked down before I got round to it especially since I live in a first floor flat down the end of a very short cul-de-sac and I would dearly love to see what a car would have to do to mow me down whilst I'm sitting watching Downton Abbey.

I have only known one person who killed herself. Her name was Marilyn and I went to school with her. I also had a bit of a soft spot for her because she had sad eyes and I'm a sucker for anyone with sad eyes. From all accounts it was a cry for help that went wrong. At least that's what I was told. Whoever was supposed to find her in the nick of time didn't. The car broke down or they decided to have another pint. A thousand things needed to go right for her that night in order for her to be found and resuscitated, more mostly likely and all it needed was one not to. I doubt she was more than eighteen when it happened. The thought of it still makes me very sad to this day not that it takes much to make me sad.

I'll be sad if Terry Pratchett decides to take his own life but I'll understand if he does. The whole issue of quality of life is one that needs to be factored in. Being alive is not the same as living. Pain is another factor. It's a word we use and think we understand but, and this is why I think language is such a joke, you have no idea how much pain I can tolerate. Just because you can tolerate x dols of pain doesn't mean that I could. And is emotional or psychological pain any different even if there isn't a scale to measure it by?

I may not have been suicidal but I have been depressed but when I read about what others go though, what they call 'depression', it does make me wonder. If someone was to say they were depressed all I could do is look at my own experience of depression which was miserable and debilitating but it wasn't that bad. It wasn't so bad that when I had a second and a third run in with it that my first thoughts were, I couldn't go through that again. But that's me. And I'm far from being an optimist.

I've never contemplated suicide, but if you're in that situation leaving everything behind without telling anyone where you're going is a much better solution.

I did. I left. I didn't tell anyone where I was going. I headed for Scotland with only 40 quid in my pocket.

I slept rough, sometimes in a cave, sometimes in the woods, once in some ancient ruins. I ate wild things and when the weather got bad I acquired a few potatoes from allotments.

For the first time in years I felt in control, happy and free!

It might be hard for family / friends to understand, but sometimes you have to put your own happiness first...

Ken, I read your blog in November and thought of it when I read this in December.
" [...] It is not merely a folly and a sin to inflict such a death on oneself, even though our Redeemer can well forgive even such a sin. But it is also a terrible pity for a man to die in despair. God sends us despair not to kill us; he sends it to awaken new life in us. When, on the other hand, he sends us death, when he frees us from the Earth and from the body and summons us to Himself, that is great joy."

It's from The Glass Bead Game, a book I wanted to read - had been trying to - for five years. I started it again in September finished late last night. :)

As someone who has contemplated it more than once due to severe depression (undiagnosed/medicated at the time), this piece of writing is beautiful. Thank you Ken... xx