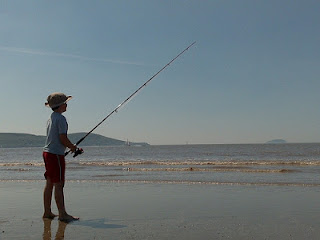 There’s no advice I can give you about blogging.

I might as well try to advise you about what to do with a blank sheet of paper and a pen, the options are just as diverse and every bit as impenetrable.

But I've been doing it – blogging, that is – for quite a few years now so you’d think I’d have something to say about it. Well, maybe I do, but it’s wouldn't be advice (perish the thought). Perhaps it would be more a short litany of things I do and don’t do when it comes to my blog. Perhaps that would be it…

I Know I Won’t Ever Move the Earth

It’s a lesson I had to learn. I don’t think anyone could have told me it. My blog will never cause ripples around the world or impact on international media or move masses to tears or, indeed, helpless laughter.

In fact I have a theory. I reckon that our blogs are subject to a physical rule which is almost as rigid as the intertwined laws of capillary action and gravity. ‘This Far and No More’ this mysterious rule seems to say, “You Shall Not Pass…” Perhaps I should call it the 'Gandalf Rule'. What I mean is that my blog has tended to grow to a certain size and then not to grow any more. Maybe this is just me but I don’t actually reckon it is. Unless you’re some marketing guru, I reckon your blog will get to a level of exposure and there it will pretty much stay. Argue with me, if you want, I’d enjoy that.

That ‘If I Build It, They Will Come’ Malarkey Is Exactly That

I thought this for a while, at first.

“I will just write my blog posts,” I thought (with a big noble head on me), “and, if they’re good enough, people will find them. They Will Come.”

No they won’t. Catch yourself on.

I have to push my posts a little bit to get them read. I don’t have to go mad about it or anything. A Twitter link here, a Facebook mention there, then, if they get spread around a bit from there, well and good. And, if not, well that’s okay too. I put my post out there a little bit, because nobody would see it otherwise, and after that whatever happens, happens.

It’s a bit like fly-fishing, I present the bait as attractively as I can and I wait and see what bites. If nothing bites, there’s always my sandwiches and the peace of the shady riverbank.

It ain't rocket science. I just try to make my blog post as good as I can, every time. It’s not a disposable thing, a blog post. It may get most of its readers in the first few days after it gets posted but it also lives on out there, floating in the cloud, and now and again people will land on it and read it, even years from now.

So I try to make it as nice as possible, for them and for you too.

I Don’t Make It Personal To You

This stuff is just about me, remember, you must do your own thing. I don’t ever ask individual people to read a post.

Sometimes there’s a new post that I would love someone to see, I still won’t ask them to read it. I do this because I believe that people need to come to my writing because they want to rather then because I want them to. If that reader/writer symbiosis is allowed to occur naturally it is a very rewarding thing, entirely worth the risk of it not ever happening at all. If a person were to come by my blog out of some sense of obligation then it would be exponentially more difficult to divert them with what they find here. As I said, this is just me. I’m not judging you. Not much anyway.

There is an exception to this rule. Say, for instance, if I’m tweeting with you and you ask me what I thought of ‘Skyfall’ then I may mention that I have a blog post on that very subject. This seems okay to me because it’s integral to the particular discussion I am having. To be honest, though, okay or not, it still makes me a little uncomfortable doing it. I think I’ll cut down on it…

I Won’t Ever Make Any Money

I’ve never made a penny from blogging but then I don’t ever try. I don’t have any adverts on the blog and I don’t want any. It’s not why I do it. Many people come to blogging to make loads of money online and drive fast cars and roger glamorous women. Trust me, that won’t happen.

Having said that, I do know blogs can make pennies and I know that pennies are extremely valuable in some parts of the world and I applaud the industry of people there who blog their hearts out to get those pennies. They create content and fill up on adverts and theirs might not be the most edifying web creations ever but they are probably saving their lives by doing it so bloody well done them.

I just do it for my own silly reasons, which I’ve written about here previously. ‘Forget about the price tag’, and all that.

I Won’t Last at It

I tend to think this way about my bloody-awful jogging too. “You’ll never make it around that lake.” “You’re Utterly Shit, why bother?” “Go back to bed and pull the quilt over your head and die.” Our inner voices are little bastards, aren't they?

I never thought I’d be blogging this long. What will I write about next week? Fuck knows.

“Nothing, you’ll be writing about nothing next week. This is probably your last blog post ever.”

And see you next week.

Blogging is writing, right? And so the first rule of writing (I'm just making this up as I go along) applies: You never know. If that's not the first rule of writing then maybe it ought to be. Whenever I send out poems it's invariably the one I stuck in to make up the numbers that gets picked. Vito's just proofread my new short story collection (no Irishisms this time but a few Americanisms I screwed up) and he happened to mention the story that moved him the most as I went, "Eh?" when he told me. Seriously, why that one? Of all the stories why that one? Clearly what he brought to the piece raised it above the rest and I may sound like I'm complaining but far from it.

Blogs are the same. Only more people are likely to read my blog than any of my books. The thing about the 'You never know' rules is that there a kind of sub-rule that goes along with it: Don't hold your breath. In forty years I've written maybe a dozen things that (to the best of my knowledge because 'You never know' often means 'You never find out') have really affected people, brought them to tears and the like. There is an ideal reader out there for everything we write; perhaps that can be the second rule of writing. The problem as you and I well know is finding them. But if we kept sticking our writing in drawers or big red folders and don't invite strangers into our homes to rifle through said folders and drawers we are never going to know.

Moving the earth was never the point. Rule 3? Moving a human heart or mind is so much easier. I mean what do they weight? A couple of pounds each?

I agree that content is king. Never say anything that doesn't need to be said. Rule 4. I'm big on meaning. Intellectual and emotional and, yes, there are both kinds. Meaning is not our job though. That's why we have readers, even the not quite ideal ones.

I do think that blogs tend to reach a plateau of readers after a while and no amount to self-promotion will do anything to increase that number. I tried an experiment a wee while back. I stopped all promotion to see what would happen stats-wise and any change was neither here nor there in fact my hits actually grew over that period which makes me thing that the holidays had more to do with it than the quality of my posts. I reckon I've probably got a couple of dozen faithful followers who, even if they don't comment faithfully, still at east look at every blog I write. And I bet most of us have a similar following because, averaging everything else out, that's all we have time for; I subscribe to two hundred blogs but I probably only read a couple of dozen each week. What goes around comes around.

Liked this a lot. It comes across as honest and humble too. Keep them coming.

I'm about to write a series of posts about blogging (not for my own blog). And as usual you've done it in about 20% of the words I was going to use.
How do you do that?! :)

Funny. I went from "I'm writing this for me...because the words keep tapping at my brain to let them out" to "Be nice if someone read this, commenting is a bonus" to a final "Does it really matter as long as I release the words back out into the world and cause no harm?"

Truth is, I can't help but write. And I love what you write. I guess we're stuck with each other. ;)

I love writing, that's a big part of why I blog. I've surprised myself by publishing stuff on Huffington Post. But here is what matters most: Someone writes an e-mail to me and says "What you have written spoke to me, like it was written for me." That's really why I write. So that I know that what I have to say means something to someone else.

Don't listen to that inner voice. Your blog is one of the few I have stuck with and look forward to.