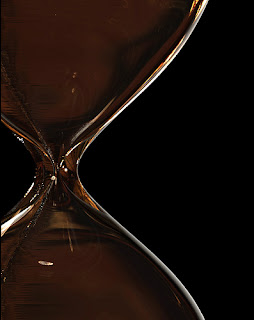 I have this theory that the week which runs between Christmas and New Year’s Day of a sort of a microcosm of the year we are departing and, perhaps, of our lives.

It’s natural that we would arrive at the end of another year all-introspective and perhaps a little maudlin.  No matter what other circumstances pertained, we would probably still do this.  Although it’s really just another day, we have learned to measure out our lives in bite sized portions and to place markers of its demise repeatedly along our way.

So, yeah, we’re always going to feel we’re at the end of one thing and the start of another on this day of all days, on New Year’s Eve.

But that Christmas Week we’ve just completed, it sets us up for it, I think.

It’s full of promise, at first.  It starts out with music and lights and companionship and excitement and… well, you know how it starts.  Then the promise doesn’t quite deliver – it’s good but it’s not as good as it’s built up to be – then it slides into the doldrums  Then it dies.

And it all happens in a week.

You see, at first, Christmas week stretches ahead of us like a promise of peace and leisure which may never end.  And then it all goes so quickly… so very quickly.

As a year goes quickly…

As a life goes quickly.

So, it’s hardly a wonder that we might ponder our future, our past, our very existence on this day of all days.  After all, we have just watched our lives play out in miniature, right before our pudding-stained eyes.

So, yeah, here comes 2012.  It will probably be quick and edgy just like all the others were.  Live it and love it the very best you can.

Now, that's quite enough of that.

I liked some books and films and stuff which I came upon this year.  Mostly, though, they wouldn’t be from this year.  I am usually several steps behind the Zeitgeist and I like it that way.  Besides, new stuff is so damned expensive.

Books: Castlebar Book Club showed me some of my favourite books of this year, they included:

Film:  The film which stood apart for me this year is, again, not of this year:  The Secret in Their Eyes.  I also greatly enjoyed ‘Super 8’ with my family and 'True Grit', which has stayed with me in a rather surprising way.  There is lots from 2011 that I haven’t seen yet – I’m a DVD man, mostly.  I am most looking forward to ‘Tinker Tailor…’.

Theatre:  Danny Boyle’s ‘Frankenstein’, beamed to my cinema on St Patrick’s Day, was a high point in many respects.  Bruiser’s Othello, in the Linenhall, was also brilliant.

I don’t expect that my liking something will encourage you to try it but, if you see something here and then see other people liking it too, perhaps the collective liking will bring you to it.  That’s my hope anyway.

Thanks for stopping by, this year. I have no idea what kind of posts next year will bring but then I never do.   To quote Indiana Jones, “I’m making this up as I go.”