As Close to a Prayer 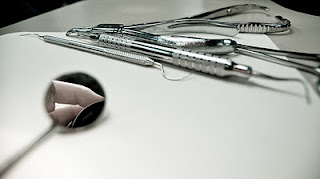 I lost the knack of praying a long time ago. Nowadays a heartfelt wish is about as good as I can do.

But first, a little context.

My son had one of his return visits to his Orthodontist earlier this week. He’s been having some pretty serious realignment done for just over a year now. The dentist-guy, who wears cool protective glasses, pronounced my son’s progress as being remarkable and announced that some of the more obtrusive blocks can be removed early next year.

My reaction to this news surprised me a little. It is no exaggeration to say that I was, quite literally, overjoyed.  It was a definite over-reaction and much more of a one than my son had. He reckoned it was ‘pretty cool’ and he moved on with other stuff just like he always does.

I know why I reacted as I did. It’s mostly because of how lucky we’ve been. So very lucky. I’m not superstitious at all but still I touch wood as I write that last sentence, you have to cover your ass in any way possible.

We have two great boys and neither of them (touch that wood again) have known serious sickness or hurt or pain in their lives.  We’ve been so lucky.  I’d go for ‘blessed’ but I lost the knack of ‘blessed’ a long time ago too.

So I’ll never forget the awful day that I first brought my son to get his orthodontic stuff fitted. I wasn’t really warned, or prepared, so I sat in the waiting room and waited for him to come out. It took a long time.

The moment when he came out was, without question, one of the worst of my life. His mouth seemed to be packed tight with ‘stuff’, metal and plastic 'stuff' and his jaw hung open awkwardly and, truth be told, rather grotesquely. But it was his eyes…  his eyes looked at me and said to me, ‘Is this real?’ ‘Do I really have to do this?’ ‘Can’t you make this better for me?’

I ran into the surgery. The guy looked surprised behind his cool glasses but not too much.

And he did. Stoic little John. Within a single day he had taken it all on board, dealt with it effortlessly, and his being-okay-with-it made it okay for me too.

Many of you may laugh at this story of mine. Stupid, lucky, blessed, Ken, who thinks an hour at an orthodontic appointment is to watch your child suffer. I don’t blame you, not at all.

But it’s not that.

My tiny experience gave me my only taste of what it must be like to have a son or a daughter who is unwell.  It was like that thing the old priests used to do – run your finger across a candle flame to get a gauge of the thousand-fold agony of their ‘hell’.

Those feelings I had that day.   The dread, the helplessness, the genuine wish that there was some orthodontic brace that I could wear for him that would straighten his teeth.  Some bloody way that I could just take this bullet for him.  Those feelings gave me a minuscule taste of what life might be like with a sick child.

So today, as the first of the orthodontic blocks get ready to come out. My thoughts are with you, you parents whose children are unwell. I won’t throw the cliché at you and say that I don’t know how you do it.  I reckon that you don’t either.  We simply have to drink from the cup we are given, don’t we? But my heart goes out to you, it really does.

And I wish you things.

I wish you well. I wish that the coming year sees your kid get better and better every day and, if that simply cannot be, I wish you the strength and reserves to cope and to support your stoic child.

And that’s about as close to a prayer as I can ever get for you.

I really mean it though.

Perhaps that counts for something, somewhere.

I was a sick child growing up. I had asthma or bronchospasms as we called it back then; it was years before we realised what I had was actually asthma. Anyway when I was a kid pretty much anything could start me off. For a while Dad tried to work out what particular causal factors affects me the worst but eventually he gave that up as a bad job. I didn’t have an inhaler at the start and not for several years. Instead I had Ventolin in tablet form and then as a liquid which I just chugged from the bottle by the end. Terrible stuff. God alone knows why they kept me on it for so long because the inhalers made such a difference and the relief was instantaneous.

When I did have an attack it could last for days on end and I couldn’t sleep lying down so Dad would prop me up on the couch and I’d try to sleep sitting up. He’d lie on the floor and when I got distressed—more because of the ache in my back than anything else—he’d get up and rub my back. Or scratch it. One of the side effects of the Ventolin was a very itchy back. My dad had his faults but there was one thing I could never fault him on and that was how caring he was of me when I was sick. I’ve no doubt the others got looked after when they were poorly but neither my brother nor sister was ever as unwell as I was for as long.

Oddly enough one of the things I missed as a father was looking after my daughter when she was sick. After the age of two I only saw her fortnightly over the weekend and if she was sick when I was due to pick her up her mother would call me and cancel the visit. You might think I lucked out there but that’s not how I saw it.