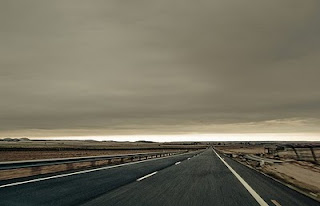 I got plenty of religion when I was very young.

I was taught, in those formative years, in schools run by nuns and Christian brothers.  I was an altar boy and also a highly-regular mass-goer, whether anyone pressured me to or not.

Advancing years and logic has dispatched much of my earlier naivety but you can’t do all that stuff without something or other becoming ingrained.


Once such thing is the concept of Eternity.

When I was young, in Mass and bored, my mind would sometimes turn to this idea of Eternity.  I think the schools had gone beyond the 'Fire and Brimstone' teaching by the time I got there but they were very good at pushing the idea that, wherever you went after you died, it went on for ever… and ever… and ever.

This didn’t seem so very bad when one was thinking of a cool place with soft drinks, penny chews and matinees all of the time.  But it was a rather different proposition when you were threatened with being put in a bad place.  As I said, not necessarily a 'Fire and Brimstone' sort of a place, more a dark, cold, lonely place with nobody nice around and nothing nice to do.

So there I would be, regularly, in Mass, contemplating Eternity – an Eternity of not-very-nice-ness.  My method was not terribly sophisticated – I would say to myself, “When you die, you might go someplace dark and horrible… and you might stay there forever.”  And then, crucially, I would repeat this last thought over and over in my head, “for ever… and ever… and ever… and ever….”

After about 30 seconds of doing so, a strange thing would happen.  I would start to feel disorientated, dizzy and sick.  At some point in the repetition, instead of just repeating words, my mind would start to grapple with the concept of something which actually has no end.  No end at all.  It was the oddest thing, I would feel my consciousness almost literally founder at the thought.  It would reach out, disbelieving, thrashing to get to an end which must somehow be there.  The more I thought, the worse it got.

My childish mind, I discovered, could not seriously engage with the concept of Eternity.

I had forgotten about all this, as I do, until recently.  Something must have reminded me, I can’t remember what.  I started to wonder how my adult mind would be, playing the same game.  I am now a  good deal less committed to the practices of my youth and, without delving too deeply into matters of belief, the concept of Eternity should now hold considerably less awe for me.

I was walking along somewhere when I deliberately started that childish thought process all over again:

And after a time, I needed to find a wall to lean against.  The old inability to cope with the concept of Eternity is still in there, doing fine.

I know I’m odd but the question is am I alone?
Would any of you care to engage with the concept of Eternity and tell me how you get on?
It’s not enough to simply think the word ‘Eternity’ and say, “I’m fine with all that.”  If you want to know if  you can handle it, you have to give yourself a full sixty seconds of thinking along some eternal line, “for ever… and ever…”  Can you cope or does your mind too start to reject the idea.  Does it demand an end be found somewhere, somehow, down the line.

And, if there is actually something eternal waiting after we croak, be it good or bad, however am I going to cope?
Posted by Ken Armstrong at 13:36:00

Maybe you are mis-reading your focus and it was the DEATH part that was actually scaring you, that still scares you.

There comes a time in every child's life when they suddenly understand the whole concept of mortality - and, rather than being afraid of infinity, perhaps you were struggling with this bran new idea of your being FINITE, instead. Did someone you know die at about that time? And were suddenly gone, for ever and ever and ever and ever ..?

I can't contemplate it, and when it slips into my mind, it sends me right back to being a 9-year-old at boarding school, lying awake, terrified that That Was It. Even last night, watching a programme about an assisted suicide, made me freak out just a little bit. Then I watched Pineapple, and my world was all sparkly again.

So, I'll be changing the subject now. Glitter, anyone?

As one altar boy to another, I can truly say I enjoyed that post - and that it made me think again of that difficult concept. Boy or adult, it has made no difference for me, I still find it almost impossible not to think of eternity as time going on for ever.

This took FOREVER to read!

If a computer can not complete it's task the program will crash just as our brains will when trying to handle the same situation. People were not made to understand forever any more than we were made to understand space going on without ending. If our souls go on forever it only makes sense that they have always been here. No beginning and no end would create one big circle,a World without end (Amen). The only thing I am sure of Ken, is that no matter how this all turns out, you will never be alone. We are all in this forever.

This is a difficult for me to grasp. I was raised in the Presbyterian Church of please and thank yous and good manners. Hell was rarely mentioned. Eternity was, of course. The church we attend now is much more fire and brimstone and that's where I have a problem. The concept of eternity is difficult enough to grasp. What is even more difficult is the belief that those who don't accept Jesus as their savior will go to hell. And that is my problem with religion. To each his own, but I struggle with that premise. The concept that really makes me dizzy is our planet's place in the solar system and that there could be other worlds like ours out their contemplating the same issues!

Ah - I dunno. I was raised by strict church-going catholic parents. I fell away from the church during my late teens and married a man that was not raised any religion at all. He seems to have this A-ok acceptance that when you are gone - you are gone. So, you really do not have to worry about what happens after you die.

Works for me - but I am not sure what to tell the kids :o)

TFE did a poetry challenge about the afterlife (back here). Poets are good at this stuff!
x

Lozzie: I don't think it's a death thing, or even necessarily an afterlife thing, I think deep-down we may all find infinity, in any form - difficult to grasp, if we stop and think about it a while.

Dave: Thanks mate. I drop by and read at yours quite a bit, I'm not the accomplished commenter I used to be (!) but you've built something great there. Eternity as time going on forever? Isn't that what it is??

Charlie: A good positive note, thanks for that.

WiseMona: I tend to subscribe to that belief myself these days. I tend to allow the children some possibility of Eternity despite the fact it wound me up so much. :)

Rachel: You poets address all the best questions. x

First off all I need to check it first and after that I will post my experience with it.
Have a good day.

He has made everything beautiful in its time. He has also set eternity in the hearts of men; yet they cannot fathom what God has done from beginning to end. – (Eccl 3:11).

I never felt very good about God for this, for making us capable of understanding the concept of eternity but at the same time being unable to grasp it. The one that always got me was Adam and Eve. Had they not sinned they’d still be around today, some 6000 years on with the rest of eternity ahead of them to enjoy their everlasting life . . . and do what exactly? Yes, we can understand the concept of infinity but we’re also finite beings, we have beginnings and endings and get confused as the notion of something that has always existed. And I don’t know why more scientists don’t get upset by that. Because for there to be a Big Bang in the first place there had to be something to go bang. Where did it come from? The bottom line is that something – or someone – didn’t have a beginning. What gets me is that I don’t care. I’m content with my “few days full of trouble” (Job 14:1).

Coach outlet: Honestly? Yours is one if those comments that I can't quite figure is spam or not. It's just general enough to be so but specific enough to apply here. If you are, congrats, you got through, not many do. And if you're not, be sure to let me know how you get on. :)

Jim: Thanks. Yes, The 'Big Bang' - what was there before it and what banged?

It is oddly comforting to know there are some notions which still don't fit into my tiny mind.

Maybe there will be penny chews and matinees after all?

My brother died when he was six and I was ten. Shortly after, I dreamed he came back and told me about Heaven. I remember one of the things he said was that time doesn't exist in heaven. So I've never had to get my head around eternity going for ever and ever and... I just have to get my head around the non-existence of time.

I was also brought up very religious (Roman Catholic) - at least that was the attempt. I used to believe in Eternity because of it... but the longer I live my life and see so many of the same qualities in various different people I'm beginning to believe more in re-incarnation... which also has an element of eternity to it but only to a certain extent. At least with re-incarnation we aren't fully conscious of the length of our life throughout all of our lives. You know what I mean?

In short, I'm not sure it's a concept we were ever really meant to be able to wrap our heads around. Hang in there ol' pal :)

My mind begins to float and the clogs begin to dance rather than grind so I think for me this whole forever topic doesn't worry me
not to say i comprehend eternity. Thats like saying you comprehend the ocean when all you've ever seen of it is the odd shot or so on TV
I just mean I don't seek to grapple with it

when I think of eternity, I think of the earth, the stars, the universe, how they'll all exist long after I'm gone, maybe not in the same form.