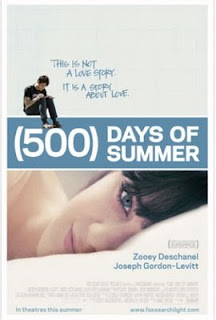 Sorry to do review posts twice in a row. I won’t make a habit of it but this was an opportunity too good to miss.

I only really bother with a movie review when I get to see a film I know practically nothing about.  It gives me a chance to give a clean unprejudiced view.  I haven’t always been great at confidently forming my own opinions on things but I’ve got better at it, this last few years, and this kind of thing is good practice for me.

I’ve been aware of this film for some time but didn’t know what it was about – so that’s a good start for wanting to review it.  But the thing that sets this one apart, the thing that made me rush out and rent it, was quite unusual and a bit fascinating.

You see, this film split my friends right down the middle.


Half of them love it and half of them hate it.  There was very little of that ‘it’s okay’ or ‘it passes a few hours’ type of thing.  It seemed to polarise people into extreme camps.  I’m talking here mostly about Twitter friends because they are the wonderful folk who still engage and argue and josh about things like music and movies and such… is it any wonder that I love them so?

I have to confess that there was a little interest too in what I might think of this film.  Which camp would I align myself with?  I wanted to find out.
So it was for this reason that I sat down to watch this film - a film which I might never have otherwise got around to watching - to see what I thought.

For starters, my preconceptions were all wrong.  I had sub-consciously placed the film in the same bracket as another one called ’50 First Dates’, probably on account of the number in the title.  That one was a rather charming and totally easy-going romantic comedy starring two immediately recognisable leads.  I saw it on telly and quite enjoyed it. I expected very much the same here.

But the moment the ‘Fox Searchlight’ logo came up, right at the start, I realised that I had been on the wrong track.  Fox Searchlight is the more ‘leftie’ wing of the organisation, providing some of the more off-the-wall content.  So, what had we here?

If you know how I review stuff, you’ll know that I don’t tell you the story of the movie, you can find that all over the internet, although I was pleased to come to this one knowing so little.

All I’ll say is that it’s the story of a relationship – all 500 days of it - and that the narrative 'cherry-picks' its way erratically through this 500 days in an off-beat and rather individualistic fashion.

It uses a device that now seems increasingly common.  Whenever the hero goes off  into any kind of reverie, this gives the director an opportunity to throw in a little surrealism, a cinematic-in-joke, or just a different coloured film stock to show us how just clever the whole thing is.  It’s an ‘Amélie’ sort of a thing.  I think I first noticed it in ‘Ally McBeal’, where they always seemed to be literally ‘going off on one’.  More recently, ‘Pushing Daisies’ did it a lot too.

And that’s what this movie is really, it’s a sort of a big screen ‘Pushing Daisies’.  The same themes of ‘The Ache of Love’ and ‘Not Being Able to Get What You Most Want’ are explored herein.

Okay, I’m a page into this review, did I like it or not?  Get off the damn fence Ken.

It’s smartly made and touching and the leads are good to look at and convincing.  It charts a Metropolitan Romance which is something I’ve been lucky enough to experience in my time.  The movies, the museums, the Sunday afternoons, the rows… (ahem)…

Without giving too much away, it also succeeds in doing something I haven’t seen done before.  It shows us a basic, fairly-obvious truth about relationships which just about every other movie before this has shied away from.

For that alone, I’ve got to give it a thumbs-up.

Failings?  There are some.  We see here the single most misguided use of a narration since the original Blade Runner cut. This truly awful voice-over absolutely reeks of the Studio saying, “The audience won’t get that bit, tell them, tell them…” but we probably would have got it and you should have let us at least try, Mr Film maker, you really should.

The music too is all a bit random and ‘sound-tracky’.  It grates in places.

As with every other film ever made, apart from perhaps, ‘The Fountainhead’, this film has no idea what an Architect really does.

You know what ‘breaking the fourth wall is’ right?  It’s when the actor looks right out of the screen at us, the audience, and tips us a knowing look.  Burt Reynolds used to do it a lot.  There’s a reason it isn’t often done and this film give possibly the best reason illustration of exactly why it shouldn’t be done.  It breaks the illusion, spoils the magic, cuts the bond.  It was a bad mistake here, a very bad mistake.

But, hey, here’s where I lose half my friends.  ‘500 Days of Summer’ is a light, funny often-touching little film which strives for an avant-garde sensibility and delivers a small truism before the credits finally roll.

So I commend it onto you.

Ha ha, don't hide. It's your opinion, stick to it. I had dismissed this film as a wishy washy romance not worth a look. I’m now intrigued and may well give it a look :)

Hmmm, I may investigate it, but I cannot say you made me want to run right out there and rent it.

The trouble with that Blade Runner narration is that once you’ve seen the film a half-dozen times and pretty much know all of it by heart it doesn’t matter if it’s there or not. In fact when it’s not there you feel like there’s something missing. It’s like a photo of a beautiful sunset without the trash lying all around. We’re so used to the trash we don’t notice it and yet when it’s gone the setting feels not quite right. All I have to say is, “Thank God they didn’t feel a voiceover was necessary on Alien.

None of which really has anything to do with the film under review but nothing I’ve read about it has really excited me. I’m not even that fussed if I see Jean-Pierre Jeunet’a latest film; the reviews are decidedly mixed besides I’m still not sure I’ve recovered from Alien Resurrection. Seriously how could the combination of Joss Wheedon and Jean-Pierre Jeunet not work? (Sorry, drifting off-topic again.)

As for the fourth wall, when done with class it can be wonderful. I’ve just written a review of Puckoon, the novel although I do mention the film. I can’t think of many books where the fourth wall is so magnificently kicked down and stomped upon. The film overdoes it slightly. The fact that a film could use the device only once and get it wrong intrigues me but not enough to sit through the whole thing to see if I agree.

Hahahahaah
Glad you like it!!
Yaaaay our camp won!
;D

Thought it was a very intelligent and sweet film, and very recognizable in many ways...
(if only due to conversations with friends who went through similar relationships...)
;)

I want to read this entry but, as I haven't seen the movie yet (in spite of continued banging on about said film by one William Gallagher, Esquire!) so I don't want to spoil my own still relatively unadulterated opinion of it.

Bella7: I only pretend to be worried/hiding. Big farce. :)

WiseMona: You are indeed Wise, the truth is I can't unequivocally rave about this one - too many flaws - but I *did* like it. "Eternal Sunshine..." *That* I can rave about. :)

Jim: I'm sure you've seen one or other of the Director's Cuts of BR. It's so much more intelligent without the narration BUT I watch them with the knowledge of the narration now so did I need it or did I not? It's a puzzle.

I think the fourth wall can be broken harmlessly enough in comedy. But the more serious the intent of the film, the more damage can be done. My opinion.

Itchy!! I don't believe that 'conversations' shizz for one cotton-pickin minute - you 'epitomy-of-metro-gal' you. :)

Lozzie: I agree. Come back after you've seen it. We can fight about it. :)

I saw it on a plane a couple of months back - enjoyed it. Not a bad movie at all!