First To Admit it, 'Last One to Know 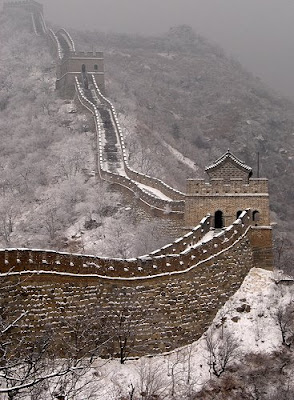 Are there song lyrics that just seem to speak about you in particular?
I’ve found quite a few but this Paul Simon song seems to hit closer to the mark that most any other.

Mostly it’s that line ‘first to admit it, last one to know’. That’s me, that is.


He wrote that song about me. And then he goes on to say:

God, Paul knows me so well. Except he doesn’t, does he? He doesn’t know me at all.

I bet there’s lot’s of people out there who think this song speaks to them personally. It’s 'carnival fortune-teller 101' - find those truths that seem highly personal to the client but which most of us, deep-down, really share.

I know all this… I know…

Still, that’s me he’s singing about.

What songs get you this way?

Heh. Well, when I was a teenager it was "Seventeen" by Janis Ian. (Right down to never being picked for basketball!)

This is a very mellow, relaxed, and laid back song.

"Sir Ken Armstrong, tales will be told about you and songs will be sung in different tongues about your life and adventures."

... or something like that. I just remembered how LOTR was written and the characters sing about heroes, legends, myths, and stories.

The chorus goes like this, "the way you look at me, the way you touch me, the fire in your eyes makes me sweat gives me fever inside, there's nothing I can do about it..."

I am just day dreaming Ken!!!

PS. by the way, if you were at the end of a queue at a grocery store with me, I'd let you sneak in front of me. I hope that would be a ticket to a free home cooked dinner! LOL

I've had The Cat Came Back stuck in my head since the moment I posted about it on the CMF forums.

The mention of 'wall' in your post reminded me of this one from The WallIs There Anybody Out There? (Waters)

I have a bluegrass version of the entire album by Luther Wright and the Wrongs that is absolutely brilliant and really does justice to this wee ditty.

I may come back with a more sensible answer later. Can't think just now - I'm comfortably numb. You can listen to some snippets at last.fm but unfortunately they cut 'Is There Anybody Out There' a bit too short.

ABBA: Me and I

Il Divo and Celine Dion: I Believe In You

Zorlone: Free home cooked dinner? OK! The chicken is probably a bit crushed though, it's at the bottom of the bag under the bleach. :)

Laura: This guy used to play guitar in a pub I used to go to when I was nineteen or so. He used to sing this song: "the cat came back, the very next day, the cat came back, we thought he was a goner..." Is that the song? I swear I have never heard it anywhere else except from that guy in that pub.

Jim: I'm very fond of The Wall, since it first came out but Wish you Were Here is my favorite album.

Lyrics that seem to speak about me? I have a soft spot for There She Goes, My Beautiful World, by Nick Cave. This verse always gets to me:

That is the song. I once heard it as a kid and whoever sang it made it really morbid sounding. The lyrics are awful as far as being morbid but to hear it sung with emphasis on the gruesome points... it gave me the creeps!

I posted the lyrics on my blog with a link to a cartoon/ movie short made about the song. Have a look, you'll get a laugh out of it.

I'd say, "The Warrior is a Child." This is a song by Gary Valenciano, one of our male local singers and the lyrics can aptly describe me. Here are snippets of the song:

Chorus:
They don't know that I come running home when I fall down
They don't know who picks me up when no one is around
I drop my sword and cry for just a while
'Coz deep inside this armor
The warrior is a child.

Paul's got a way with lyrics like that. I love the way some of the lines of his Boy in the Bubble go:

Wow what a post--you have me thinking of very old times. I haven't listened, really listened, to music in years: days are just too full of other things.

But for years I lived the Smiths' How Soon Is Now; oh that was my song. That or Ministry's Halloween. Seems like a lifetime ago.

Now I suppose I'm Self's Stay Home: 'I want to be a millionaire someday, and know what it feels like to give it away'. It's my favourite walking song.

Dominic Rivron: Nick Cave is great. Somethings I think I like him 'cos I sing a bit like him. :) I'm a sucker for those Murder Ballads too.

Laura: Thankyou Thankyou for the lyrics (Matt will chip in with an ABBA quote perhaps? :) ) I need to talk to you at CMF about how bloody hard it is to find that blog of yours, really.

Jean: A new one for me. Lyric meaning is not unlike my own choice, methinks....

Jenn: Paul writes good lyrics. I found 'Graceland' to be a bit 'busy' lyrically but 'Hearts and Bones' and 'One Trick Pony' hit the spot.

Susan: You have great musical taste and it's quite at odds with what I might expect you to like, which is something I love. :)

What a great idea for a posting. It was very thought provoking. . . I love that phrase "carnival fortune-teller 101" and I will have to go see if the lyrics to that song are out there somewhere.

Anyway. . . at least for where I am today. These songs are the ones:

When I was young I told my mum
I'll walk on the Moon someday. . .

. . .My son and I stand beneath the great night sky And gaze up in wonder
I tell him the tale of Apollo And he says
Why did they ever go?

Davis Zen Kennedy: Great choices. I'm not up-to-date with newer Billy Bragg material but his 'Milk Man of Human Kindness' was, coincidentally, another of those lyrics I though was kind of about me. :)

Oddly enough the song which popped into my head reading this post reminded me of YOU:

"If the sky above you
should turn dark and full of clouds
and that old north wind should begin to blow
Keep your head together and call my name out loud
and soon I will be knocking upon your door....

I prefer the James Taylor version. :)

RE: The Cat Came Back. Listen to some different recordings of it. I don't know who sang it when I heard it as a kid. But someone made that song sound very creepy. When they sang about people being blown to bits and such it gave me shivers of dread. The song can be funny or sick. Sick is more fun in an evil way.

Cath M: It's great to see our Damien Rice reach out into the world so effectively. He is a great songwriter.

Hope: Aww! Thank you, it's a lovely song, and nobody does it like James. I remember strolling past The Albert Hall in London with Trish many years ago and seeing that James Taylor was playing. On impulse, we checked if there was a ticket or two left and there was was - what a great night it turned out to be.

Laura: I like the violent humour of it all. I'm really going to learn it, it doesn't take long.

song that gets me everytime. FADE TO BLACK by Metallica. It always raises the hair on my skin. So much behind that song.

I have quite a few songs with lyrics that speak to me. The most powerful, by far, "Hurt"-the Johnny Cash version of Trent Reznor's song. Although originally written about addiction, Cash brought a more human touch to it, and the following pretty much sums up how I've thought of my life:

Ken - thanks for becoming a follower of . . . if the walls could talk. . . that means quite a lot to me. I bought Billy Bragg's'milkman of human kindness' from ztunz today on your suggestion.

I was listening to it . . . and then listened to his 'tank park salute' which must be one of the best songs about fathers of all time.