You are Something Other than a Hound Dog 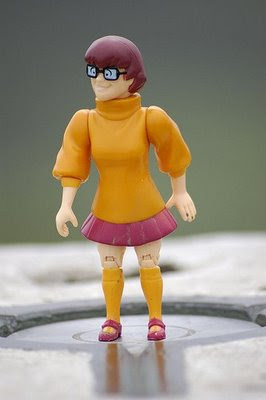 Yes, that sounds about right.


Anyway, here we go with today’s supposed original (trivial) thought. I’ve surfed it up a little and I can’t find anyone saying it. If you have seen anyone, do please let me know. I thrive on disappointment.

I grew up with TV cartoons and I have great affection for them. It was always a revelation to me when I found out that particular cartoon shows were based on real-life characters and earlier TV programmes or movies.

One of the most famous of these was ‘The Flintstones’ which came straight from ‘The Honeymooner’ . There was a lot of dear Jackie Gleason in Fred Flintstone and more than a lot of Art Carney in Barney Rubble.

There is also that sometimes-contended-but -nonetheless-fun-fact which says that Fred and Wilma were the first couple ever shown in bed together on US TV.

There were others too; Snagglepuss was clearly inspired by Bert lahr who played the Cowardly Lion in The Wizard of Oz. Dick Dastardly was simply an animated version of Jack Lemmon’s Professor Fate in The Great Race (the role of Mutley having been played by Peter Falk in that movie).

"Get to it", I hear you cry, "where is this so-called 'original thought' of yours?"

Very simply, I firmly believe one of the more famous cartoon characters of the last forty years is patently based on a real live person. And I can’t find anybody else who suggests it.

So who is this character and who is the person he is based on?

The cartoon character is Scooby Doo. God, I used to love Scooby Doo when I was little. Who ever knew that Shaggy’s name was Norville "Shaggy" Rogers. Not me!

I also think I had a little crush on Velma – no, she wasn’t the hot-looking one but I didn’t mind. I figured Velma and me could research stuff in the library and say ‘Jinkies’ together and if that sweater of hers ever got too hot…

You want to argue this with me? G’right ahead.

I loved "The Wacky Races" and Dastardly and Muttley! I don't forget names. I remember Norville "Shaggy" Rogers. In fact, just the other night, as I put on my sleep-mask (just picture that!) I said to Kev," I must look like "Goggles Paisano" and we just roared! We couldn't remember where that name came from, but I distinctly remembered it from somewhere. Google gave us the answer the following day: it was the name Fred took when he was in the Indianrockolis 500 to win money for Pebbles and Bam Bam's college fund. Huh.
Scooby Doo and Richard Pryor. I'll need some evidence on that score.

Oh, remember the episode where Scooby caught himself on fire freebasing cocaine... it's a wonder no one caught on before.

Seriously, Ken, I don't see it, but I'm here to support you anyway.

I had to think about it a minute, remembering Scooby, then thought... OH... MY... GOD. Those moments where he pulls his face back into his neck (that doesn't sound right, but you know what I mean?) with a 'Huh?' sort of expression at the same time, or the looks on his face instead of speaking that just crack you up: yes, I could see it now.

Never saw it before--and probably never would have, if you hadn't pointed it out.

I can't even argue that one! (can you imagine!) I was in a store today and saw a Speed Racer sticker book. I almost bought it just for the nostalgia of it. I so wanted to be Trixie! She was very chic! (to a six year old, anyway!)

Richard Pryor and scooby doo, hmmm. I haven't read anything about it yet, so you may be the originator. But I can't seem to connect the two..lol...it is perhaps because I don't watch scooby doo often.

Ariel, beauty and the beast, wall-e, shrek and animal farm. But I like scooby doo - non violent.

Yeah, but did The Honeymooners smoke Winstons? Check this out. You won't believe it.

I'm pretty sure that Shaggy was based on my older cousin, Steve. I have no proof, but I assure you they were the same dude.

And as far as Velma goes, you are so dead on right. I couldn't agree with you more.I guess I can thank Velma for my thing for women in glasses.
Good posting!

Ok, I grew up with Saturday morning cartoons too but I didn't get the names of those people you just said. I have to read them on google.

This so reminds me of the conversation Lister had with Cat on Red Dwarf:

Lister: D'ya think Wilma's sexy?
Cat: Wilma Flintstone?
Lister: Maybe we've been alone in deep space too long, but every time I see that body, it drives me crazy. Is it me?
Cat: Well, I think in all probability, Wilma Flintstone is the most desirable woman that ever lived.
Lister: That's good. I thought I was going strange.
Cat: She's incredible!
Lister: What d'ya think of Betty?
Cat: Betty Rubble? Well, I would go with Betty... but I'd be thinking of Wilma.
Lister: This is crazy. Why are we talking about going to bed with Wilma Flintstone?
Cat: You're right. We're nuts. This is an insane conversation.
Lister: She'll never leave Fred, and we know it.


BTW I also fancied Velma something rotten too.

Well then, how come I love Scooby but I'm not a fan of Richard Pryor?

BTW, my life is based on the cartoon character "Rocky," as in Rocky and Bullwinkle.

I don't know, Ken. I'm not seeing it, but am willing to be persuaded.

Interesting about the Snagglepus/Burt Lahr similarity. Indeedy, I agree with that one.

See, it's a nice idea - the Scooby is Richard Pryor one. The best thing you can do is go and watch some excerpts from RP Live in Concert on YouTube. Watch how he moves, walks, smiles - there are similarities, at least I think there are.

But, hey, hands up guys, it doesn't work - the Scooby Pryor theory of mine - it doesn't stack up.

The fatal flaw is timing. When Scooby came on the scene in 1969, RP was certainly a player but he hadn't featured visually on anything. He had a comedy record out by then and it was successful but he wasn't in the public eye enough to have a cartoon character modeled on him. So well done to all of you who stood up fearlessly to my forceful and hugely coherent argument and to those of you who didn't - I believe in Scooby Pryor too. :)

Kat: I think you may know your toons... we shall return to this. :)

Mike: Remember when Scooby shot the car? "You leaving me you be driving them Hush Puppies." :)

Susan: When I wrote my post, I believed, I really did. I was researching the case for when I tripped over the dates and it all came asunder. :)

K: Excellent! And the old theme music at the end, so like Bugs Bunny - "oh what heights we'll hit, on with the show this is it."

Jena: I like the way animal farm crept in there - all toons are equal but some are more equal than others. :)

zorlone: Another day, perhaps, for the argument. I would imagine your case would be politely but excellently laid out. :)

Jim: I love this. But, hey, leave Velma alone. (Haven't we tussled over a femme fatale before? Must check.)

Jenn: You are right to be dubious. Exit, stage right evennnnnnnn :)

Velma is clearly a lesbian. Sorry.

Scooby and Pryor could very well be connected... When pryor gets stoned, he sounds just like him... Good catch!

Ohio Real Estate: No! Velma? Oh Dear. Perhaps that explains why she never wrote back. For God's sake, nobody tell Jim Murdoch, it might kill him. :)

She's simply not met the right man. That's all.

Scooby Doo is the only children's show that my British spouse and I both watched in our youth in the 70s (I am from NYC)...and our 2 girls loved it too...we are currently watching reruns in a spirit of irony and great fun (noting similar plot structures, and how the ghosts stand still waving their arms, and how it is always a stormy night)...such a great show!

Old Shaggy/Norville was supposed to be from a wealthy family...i guess that's why the gang was always, always on vacation.

Jim: There's comfort in that thought. Not that I have anything against Lesbians. Literally. :)

Lidian: My Scooby time has past, I'm afraid. My kids suffered from Scooby-Do-Over-Exposure on one of those satellite cartoon channels so now they snort derisively. I remember pre-Scooby-Doo when it was 'The Archies' who ruled the roost. I also was impressed to learn, just a few years ago, that it was Casey Kasem who voiced shaggy for many many years. I used to listen to him on America's Top Forty in Ireland/England and never made the connection.

Did you know that Cedric Diggory is Edward Cullen?

Really good post - I didn't know aboit any of this stuff! Richard Pryor as Scooby Doo - I like it. Willhave ot give some thiought though.Extra credit to Jim Murdoch for the Red Dwarf lines! Always been a Betty Rubble man myself!

Matt: I had to Google Edward Cullen. I haven't *done* Twilight in any shape-or-form. My thirteen year old thinks it's a girl thing so we don't even get to rent the film. :)

Drolgerg: Betty could not have been really happy with Barney, he was such a caveman. You might have been in with a chance there. :)

Hi Ken,
This is such a fun post to read. Your readers' comments are hilarious--Jim's, especially. Your replies are just as enteraining to read.

I'm starting to wonder, though, about you and the other guys, knowing now that you'd fantasised about cartoon characters. Hehehe.

I think Scooby Doo is Richard Dreyfus when Dreyfus is acting funny. Even the voice that seems to be going in and out of teenage pre-puberty to puberty stage. Did I say this right? LOL. I'll let you decipher it. Hehe.

Thanks for the laughter, Ken.

Twilight is NOT a girl thing. If you don't read the books you'll be missing out big time.

Tasha: Richard Dreyfuss as Scooby? This I will have to look at. :)

Well, Ken - you are on the right track, just going the wrong direction. Richard Pryor is Scooby Doo, not the other way round.