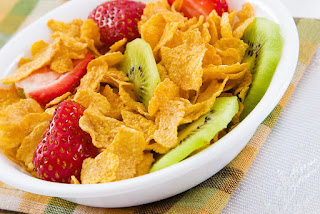 Sunday morning, 9.40am. The temptation is huge.

But the real writers are not just fair-weather scribblers. Sometimes they must ride out a drought or shelter from a hailstorm. Sometimes they just have to face down the blank page and make something happen. There’s just no other way.

So, stick around a moment. There actually is a new blog post this morning. It’s just, right now, at 9.44am, I have no idea what the next word of it will be… or the word after that.

Sometimes writing (for me at least) is like push starting a car. You’re back there heaving, and the car feels so heavy and it’s got so little movement and your back is breaking and you’d better just call the roadside rescue and sit this one out. Maybe you’d better. Except that if you can keep on pushing through the backbreak, something might spark, something might click, and you’re off and running towards something or other.

(This is a waste of time, I should stop now, have some cornflakes.)

Look around the desk. A bit cluttered. Write a paragraph about something on there.

Well, there’s my beloved Bluetooth headphones. Status BT Ones. I hinted the fuck out of them for last Christmas and got myself a pair. I love to listen to podcasts in the kitchen when making the dinner and I love to watch a crap movie loud late at night when the rest of the house is sleeping. These puppies were gifted to me to let me do that better. And, partly, they do and, partly, they don’t. The ‘podcast in the kitchen’ part is a dream. I do my weekly Kermode and Mayo (the ones that I didn’t get in the car) or just play some Tom Waits or something.

The telly thing, though. Not so good. The headphones connect and the sound is wonderful. They just don’t always stay connected. Accidentally flick your head a little and the sound becomes broken and disjointed. And the trouble with TV sound on headphones for a movie is this: it’s either perfect or it’s absolutely no good at all. There is no middle ground. So that’s a bit of a disappointment. Every now and again I try them again and they work for a while and it’s perfect (just like the kitchen podcast is perfect.) But then, out of nowhere, it’s all “ah-oh-eh-oh-ah’ again and the effect is ruined.

The movie effect is a fragile one. When me and Sam went to see the most recent Star Wars film, it was in the afternoon in one of the smaller screens in the local Multiplex. For some reason, the sound channel carrying the dialogue stopped working halfway through. We could hear the sound effects and the music, but the character’s lips moved, and no sound came out. I went and found a young man in the sweet shop who promised he would attend to it. I went back to my seat and watched the partially silent space opera unfold. Then, suddenly, the dialogue came back. Hurray!

The movie stopped mid-frame and the sweet shop guy appeared in front of the screen. “Sorry about that,” he said, “I will rewind the film for you. How far back should I go?” The consensus was that fifteen minutes would be about right. He vanished and, a few moments later, the film on the big screen started cranking back, just like it would on your DVD or streaming.

The point is that ‘cinema rewind’ has forever since coloured my view of the cinema experience. Before that, there was a naive impression of huge film reels and coordinated change over of projectors. The ‘rewind’ drew back the veil and showed the mundane reality of digital projection at work.

These things are fragile. They're either perfect or no good at all.

10.01am and, once again, I don’t know what to write now. I had no idea I was going to write that ‘Star Wars Rewinded’ bit so I suppose that’s the 'car pushing' effect in action. What now though?

Suppose we were in the pub, having an Americano ‘cos the sun/yardarm thing is not quite right yet. The conversation has momentarily lagged. What would I tell you?

I got an image for the poster for the new play. I’m very happy about that. I was surfing Flickr looking for something that might work when I came upon the perfect image. It was both exciting and nervous making. If the owner of the photo doesn’t allow me to use it, then it’s all for naught. I banged off a message, knowing full-well that Flickr messages are not often read and even less often replied-to. Wonder of wonders, a short time later, a reply came back. Yes, I can use the image. This is bigger than it might seem. It’s like a sort of benediction. A note from the fates that this play-thing might just go quite well. And why wouldn’t it? I have such a stellar cast and such a lovely venue in The Linenhall. Plus, the rehearsals are so good. Funny and collaborative is the best of ways. It’s all very exciting.

That’s all I want to say about it for now but, rest assured, you’ll hear more about it soon.

10.11am and 1,000 words are in the bag (or they will be when I’ve done this bit). God knows they aren’t particularly good words and there isn’t a lot of value in here for you, the valued reader. I’m sorry about that. I’ll do better next week. Part of the reason I’ll do better is because I pushed myself to do this one today. The writing muscle had been stretched. That will serve me well for next time. At least, that’s how it usually works.

Have a good day. Do something nice for yourself.

‘The movie stopped mid-frame and the sweet shop guy appeared in front of the screen. “Sorry about that,” he said, “I will rewind the film for you. How far back should I go?” ‘

For reasons I can’t explain that made me properly smile, somehow it's joyous.
Thanks, Ken!

Keep on keeping on, Ken. And good luck with the play. If someone were to film it and post it on youtube that would be a nice treat.

I’m behind responding to your posts. Why am I so behind? Weeks pass like days these days and so little gets done. It doesn’t help that my sleep pattern’s shifted and I’m sleeping all through the night and hallway through the morning. For a while there I was getting a few clear hours at night but I’m never as clear-headed during the day and so it’s easy to postpone things and then next week I forget I’ve put off last week’s comment and so the downward spiral begins. Of course yesterday I had my flu and booster jabs so I’m feeling particularly shitty today despite sleeping twelve hours solid. Oh, and both my arms hurt because they insisted J get the jabs in different arms. Moan, moan, moanity moan. This is why I postpone commenting because I know I’ll end up moaning and there’s so much that’s moanworthy at the moment. I have no desire to rewind and relive any of it. I am pleased about your play-thing and a little jealous for no good reason. Carrie’s off making lunch now so I’ll leave this muddle here and see if I can do better with your next post this afternoon assuming I don’t decide to go for a nap.