The Year of Getting Better 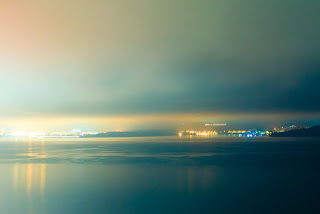 There’s no doubting it’s going to take a little time.

There’s also no doubt that some wounds cannot be healed and no amount of getting better is going to fix that.

But, accepting all that, the clock has ticked around and there is a new number on the wall. It’s silly, it’s just another day, it means nothing. Except it does. It can mean everything, if we want it to. 2020 went badly. Not everything was bad but, hell, a lot of it was. And now it’s gone. The story of 2020 is written, the book is closed.

Trump is going. He will not be back, though we will have to keep a weather eye out for his apprentice, whoever that might turn out to be. There is a vaccine. It works. We will get it. The figures will tumble and we will emerge, blinking, into some kind of daylight.

I believe all this. Call me an old fool, though not in the comments section because I will just edit them out.

We can look to this coming year with relief and optimism. To at least some of the current shit, there is an end in sight. But it’s like being out at sea in a storm. It’s like being able to see the port, the distant harbour light out there on the dark horizon. A twinkling beacon across the crashing waves and the teeming rain.

And you know what I’m going to say next. I know you do.

We’re not there yet. We can see the port and it’s growing a little closer every hour. But we are still at sea and the sea is big and hostile. We have to keep our wits and sail this skiff safely into that harbour. We might have to tack away a bit, in order to get there. We might even lose sight of the warm light as we do it. We might still have to get extremely bloody wet.

But we have to do our best not to be swept overboard, particularly when we are this close to home. Cling on. Sing a shanty. Keep your flask of tea full. And, for heaven’s sake, don’t let the guy in the luxury cruiser tell you it’s not a storm at all. It is. It really is. It could tumble you into the sea and that guy in the big boat won’t even bend to pull your ass back out.

All that shit about it being darker before the dawn. I never bought into that. I always thought it was darker right in the middle of the night, when the sun was farthest away. But I’m getting it now. Because I can feel the dawn over that horizon, I can really feel it. But it’s dark, isn’t it? It’s darker than any other time in this night and it might get darker yet before that dawn. It might get well-dark.

But don’t fret, at least not too much. Your job is to keep yourself well. By doing that, you’re playing your part in keeping all of us well. It’s that simple.

We’ll get to port. It won’t be long now.

And remember, you don’t have to personally witness every single raindrop to get there. You don’t have to shout out every time a wave throws us into the sky and back down with a gun-wrenching crash. You just have to keep on.

Happy new year. That’s what it will be. Not for everyone but for more than last year.

Footnote – I realise that this is almost the exact same post as the one I wrote a few weeks ago. Sorry about that. It’s just where my head is at.

It's OK. Not everybody read the other post -- I didn't and I feel a bit guilty about that. But it's all truth and we can never get enough of that stuff, no matter how bad or good it is. We need to be hit on the head again and again for even some of it to sink in.

Keep on keeping on.

You’re not alone. As much as we’d like this—Brexit, Trump, COVID-19—to be over we’ve all started to realise the aftershock is going to last a lot longer than we ever imagined. The UK’s out of the EU but we’re still tied to it, Trump’s going to have to give up power but he’s left an army of zealots behind and 2024 isn’t that far off (shudder!) and, like the annual flu the coronavirus’s proved it isn’t going to lie down, curl up and die. None of this is new. It’s new to us and just as we struggle to understand how men like Hitler seized power future generations will marvel how Trump stayed in power. The only thing we learn from history is that we learn nothing from history. So said Hegel. And why? Because we’re stupid. Most people are stupid. It hurts me to say that but all you have to do is look at the mounting evidence. Millions voted for Trump and Brexit and ignored the lockdowns. I’ve probably mentioned this before but if you ever run across the film Idiocracy do check it out. As the film’s narrator says, “Evolution does not necessarily reward intelligence. With no natural predators to thin the herd, it began to simply reward those who reproduced the most, and left the intelligent to become an endangered species.” This is the world we now live in.