The Worst in the Entire World 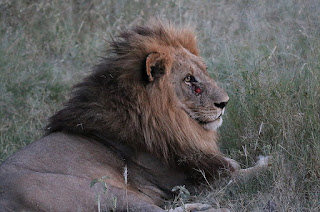 I woke up this morning with no blog post written. So, this is going out 'live', so to speak.

It’s hard to focus, you see, when you’re The Worst in the Entire World.

This might not be entirely true, I’m not a statistician after all, but it’s certainly how the narrative feels. Here in Sunny Ireland, we were the envy of many. We kept our Covid figures tamped down pretty well. If they shot up, we shot those buggers right back down again. We weren’t the best in the world but, by golly, we were a long way from being the worst.

Our downfall has been that we love Christmas. Maybe not every Man Jack of us but collectively we lap up the festive season. Our world effectively shuts down for ten days as we eat and watch telly and see each other.

We see each other.

And that’s how we slipped from being a postcard people of pandemic suppression to being a vivid illustration of how it can go when you turn your back for a minute and let that enviable guard of yours down. Covid19 is like a lion and we are the lion tamer. We can manage it and put on a good show and get some applause but when we turn our back on it and spread our arms wide to accept the adulation, that’s when it can pounce and tear our throat out. And that’s kind of what's happened to us.

Christmas was coming. As a people, we were clamouring for a break. And we had done pretty well. The case numbers were down to about 300 per day. “Let them have their Christmas,” was the feeling of many of the powers that be, “Let a few meet up with a few. The figures will rise but we’ll lock everything down after and we’ll bring them straight back down again. Plus, the retailers get to do a bit of business, the food people get to feed a few people, a little coin is changed hands. It will tide us over." It all actually sounded sensible enough.

And so there was Christmas.

But the numbers didn’t just rise, they shot right through the roof and out into space. I’m not sure how Christmas went. I stayed at home and saw nobody but I’m not looking to be ‘Holier Than Thou’, I always do that. But some good people met some other good people and ate and drank a little and now here we are, The Worst in the World or something close to that.

I shouldn’t generalise like this. I don’t have my finger on the pulse of the populace in some special way. All I should really do is write about me. I often reckon I am a bit of an everyman, an ordinary bloke, nothing special, nothing grand, and I often feel that I do or feel what other ordinary blokes do and feel. That’s how I arrive at my generalisations. That’s how I gauge the country.

So, how are you Ken?

I’m a bit anxious, I guess, a bit weary. I feel the getting of the virus is almost an inevitability now, no matter how much care I take. In my mind I plot the logistics of having it, which room I should lock myself into, how to arrange for some shopping, have some Paracetamol ready. But I’ve read too many reports and peered into too many hospitals and ICUs via newspaper stories and first hand accounts from Front Line Staff. That stuff downright scares me. It’s blindingly obvious to say that I don’t want that for me or for any of my family and friends. Shit, I don’t want it for anybody. But I have metaphorically daubed a streak of fresh blood on my front door. “Don’t come in here,” it implores, ”just pass on.”

I debate writing something. A speech that I might wish to deliver when I’m flat in a hospital bed and reliant on tubes to stay alive. But that’s just a writer’s fantasy... or nightmare.

I don’t feel this stuff all the time. I’m not a walking wreck. Matter of fact, I’m really doing okay. But I think we are all haunted by this stuff and I think it’s no harm to admit to that for a moment, before toughening the fuck up and getting on with it.

I’m not sure it’s particularly good to be writing a post which reflects negative thoughts like this but, once in a while, I think that maybe it’s okay. I think it might be helpful for us to see that we are not alone in occasionally feeling a little out of our depth and a little overwhelmed and, damn it, a little bit scared.

Last week I wrote about how we'll get through and I’m not going back on my word here. Our Worst in the World figures will most likely plateau in the next few days, because we have really locked down hard since Christmas. Maybe this time we'll stamp the thing down a bit harder and keep it there. We may well do, 'cos we’ve learned a tough lesson this Winter. We will get through, just like I said last week.

But it’s never going to be sunshine and roses getting there.

If you also believe this, as I do, the least you should know is that you’re not on your own.

This isn’t right. Thee and me, we’re arty-farty types, we should be discussing arty-farty stuff. Or if we are going to talk about the real world we should be able to put a poetic spin on it. Like Owen, Brooke and Sassoon did with World War I. Where are the great poets of Brexit, COVID and Trumpet? I have tried but there’s no poetry to be found in any of this. Maybe a few tired clichés. I want to say something profound. I’d even settle for something meaningful but I can’t get past ‘Stupid, stupid, stupid people.’ That and ‘Where’re all the grownups when you need them?’ Experiencing something and learning from it are two different things. It was obvious what was going to happen over Christmas and New Year, blindingly obvious. I’m just grateful Carrie and I never have to leave the house and we have no plans to until we get called for our shots. The annoying thing is because of the difference in our ages she’ll get called first and I don’t like the idea of her having to go alone. Queuing for a long time simply isn’t an option. But, as you say, we’ll cope. We have to cope.

Talking about my wife she’s been teasing me because hers is the only comment on you last post. I did respond—and to the one before that—but they’re not live yet. Maybe you could have a wee look at that,

Sorry about the comment lag, Jim. For some reason, I've stopped getting notifications when a comment shows up so I'm often behind. Still love to get them, mind. Thank you. :) K

This Christmas made me think of all those silly movies and cartoons where someone always saves Christmas. I think some have even been titled "So and So Saved Christmas". But, no one saved Christmas this year. It was pretty much cancelled. Here in Canada about the same as Ireland.

I'm not at all worried about "the virus". It is just another virus, another flu sort of thing. Few people actually die and few get it and even feel sick. The couple who live downstairs in the house had it in January (last January, not this month). They lived. I didn't get sick at all but for a couple of days with what could have been allergies or a little cold. I have at least two real viruses which I've had most of my life. Neither are Covid so no one has ever worn a mask, shut down stores, services, etc.

At some point someone on Twitter posted that people should be allowed to just carry on as they choose and those that actually are sick should be taken care of, just as we have always done with every flu, virus or bacteria to come along. I agree, its the most sensible thing I've read during all of this. I've lived through the mild panic over SARS, AIDS, bird flu, and I can remember the swine flu from when I was a kid. All of those were deadly and yet not one of them was allowed to bring everything to a halt, cause mass panic, and so on.

Anyway, not intending to turn this into a soapbox. I'm just really fed up with it all and I don't see any end to it. Now they have new versions of Covid from Brazil, the UK and South Africa. So what, that's the flu. That's why there are new updated versions of the flu shot every year. Some time in the future maybe we will find out what this has all really been about. I don't believe its about a virus at all. Somehow this seems to be about training people and making them panic, some kind of sleight of hand maybe while the governments and powers that be do something else we aren't supposed to notice.

Maybe someone will save Christmas next year, or later this year, when it comes around again. Or, we will have Covid21 and there will be no businesses left to sell Christmas to us.

Hi Laura, thanks as always for you comment and for reading. We've agreed on most thing over the years, I think, but i respectfully disagree on this. I think the main difference is that the new virus has the potential to overpower our health systems and, alas, that is exactly what is happened here in Ireland now. I think we opened up too much and, while most of us can get it and recover, the already-sick and the elderly are having to pay too great a price for those freedoms. I remain in favour of protecting them as best we can until the vaccination rollout can take effect. Then we'll have to rebuild as best we can. We can both agree on a hope for a better Christmas next year. All the best Ken