Using Coffee as an Analogy for Parental Aspirations 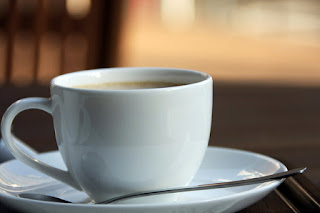 I love my coffee, particularly at the weekends. There’s a mug right here in front of me now, steaming away. I make it pretty roughly, without much trace of finesse. Although I do have my little routine which I think I picked up during my years in a lovely architectural practice in North London.

Here’s what I do.

I have a cafetiere, one of those big ones. I heat it up with a good splash of boiling water and then I put the plunger/lid part back on and swish the boiling water around, just to get everything nicely warmed up. Then I get the lid off again, throw out the water, and shovel in maybe three dessertspoons of ground coffee. I bring the kettle back up to boiling and then I pour the boiling water into the warm cafetiere until it’s between half and three quarters full. I stir the coffee with the dessert spoon, getting up quite a swirl, and then I ‘backwater’ with the spoon until the coffee is nice and still again. Then I put the lid back on and set the plunger down to the surface of the coffee and I leave it a while and then I plunge it at some random moment, about five minutes later.

The coffee itself is nothing overly special. It’s a bag from Tesco. I tend to favour Colombian, more out of habit than anything else, and I keep it in a sealed thing in the fridge because, like I said, I only tend to make coffee on the weekend so one bag lasts me for quite a while.

My eldest son was home for Christmas. We all had a great time together. John is in his final year at University. If I say which one and he happens to read this then he will accuse me of bragging so I won’t... but I am.

He brought with him his own coffee routine which he inherited from his American housemate. It is quite different to mine. That is mostly the point. Up until Christmas, he was using his housemate’s kit to make his coffee but co-ordinated gifts from a number of different sources combined cleverly to the effect that he now has a kit all of his own.

Here’s how he goes about his coffee making.

He has his Chemex, which is a very elegant and scientific-looking beaker, his little silver hot water pot with the tiny spout, his special (very expensive) filter papers, his coffee grinder, his weighing scales and his fairly specialised coffee beans.

Wait, you don’t want to know really, do you? You can look it up if you want. It’s a brilliant routine of grinding, weighing, blooming and measuring. It fills the house with the most amazing coffee smell and I’ve been granted a taste or two over the holiday and it’s fabulous. Almost worth the effort.

I take such pleasure in John’s coffee making routine. It’s so much better than mine. So careful, so considered, so refined and with a far superior outcome.

You can see where my mind is going with this. It’s just such a neat example of what I wish for my sons and what I reckon so many of us wish for our kids. To know more than we do, to do things better than we ever did, to make better things for themselves than we ever did.

Except for one fairly obvious glance backwards.

To my own Dad.

If my Dad had been around to read about my own simple coffee routine, he would have grinned and scratched his head in gentle disbelief. For him, the hot drink of choice was a mug of tea. A teabag in a cup or, on a good day, a couple of teabags in a pot. The extent of my own dicking around with Cafetieres and Colombian grounds would have been a source of mystery to him and probably some gentle ribbing from him too.

But I bet he would also have felt a bit like I do.

I was the first who was able to go to third level education, although my older brother has since gone far further than I ever did. He would have noted how things were coming better for me than they had been for him. How he had managed to provide a sort of a ladder, to let the one coming after go up that step higher, if they wanted to.

I bet he would have felt a little like I felt at Christmas, whenever that refined coffee smell came creeping down the hall.

Mission, if only partly, accomplished.

I can taste your weekend coffee as well as your son’s more refined brew.

But at the end of the day I go with the comfort of your dad’s cup of tea.

Our methods differ a little as I recently got one of those stove top kettle affairs that performs a little magic trick every time I use it but prior to that I did pretty much the same as you (and only on the weekends, that we still share).

You're right about the rest too (as usual). I'm watching our daughter blossom into a very bright young woman and our son, who has had a lot of issues in his young life, is now starting to poke his head above the dirt like a spring flower at last. The more they grow and find their own way in the world, the less I fear mortality. Does that make sense?

What do you do most in this life discounting autonomous and involuntary bodily functions like sleeping and farting? By that I mean what in this life have you chosen to do more than anything? Eating in general would probably have to come top but even then when you break it down what have you eaten most of in your life? Bread maybe? As far as drinks go coffee is so far ahead of anything else I’ve ever willingly imbibed you’d expect me to have coffee in my veins. I am not, however, a connoisseur or even especially fussy. I look at all these expensive new-fangled contraptions that’re coming onto the market and I scratch my head. I really do. You see I’m not big on ceremony. Routine, yes, but that’s different. Ceremonies always feel a tad unnecessary and pompous. I can’t be jugged with them; religious, political, academic, military, it doesn’t matter. Yes, things often have to be done in an orderly and even a respectful fashion but, Christ, have you ever looked at what’s involved in a tea ceremony? It’s a soddin’ cup of tea! I do own a cafetière, two actually, but I don’t think I’ve ever used either. I believe they were in the flat when we bought it. The coffee I drink on an ongoing basis is Kenco Millicano Americano, easily nine cups a day, seven of which are decaffeinated. That’s as posh as I get, a wholebean instant – “a clever combination of instant coffee and finely milled whole coffee beans” as they say in their ads. But here’s the thing. I drink it in a small mug (8oz I’d guess) and put in two teaspoons of coffee so it’s really strong. Which is why the decaff although I only started drinking that after I quit work. When I was on the job it was a steady stream of caffeine all day long. Talk about wired.

My dad moved to coffee later in life but my mother stayed a tea jenny until the day she died. As you would expect though there was no ceremony attached to how beverages were prepared in our house. Not even before teabags arrived on the scene. The only thing worth mentioning is that, for a treat, my mum would occasionally buy Dad a bottle of Camp Coffee which Wikipedia describes as “a brown liquid, consisting of water, sugar, 4% caffeine-free coffee essence, and 26% chicory essence.” God, it’s awful but he relished it. And, amazingly, it still appears to be on the go.

Lovely post, Ken. I've reached a point in my life where there seems to be a lot of looking back and philosophising about relationships and you've hit the nail on the head with this one. about how we relate or are related to by our perspective as parent/child.

On another note, one of the joys of binge reading your blogs after a time away is looking forward to reading Jim Murdoch's comments. It's funny because he gave up writing his blog after 10 years and now he puts that energy into these comments. Just kidding, of course. :)

Btw, we used to have 3 cafetieres. One (the big red one) was in the flat when we bought it. I bought the other two, one of which Jim threw away for no apparent reason, but I won't mention that. I've owned every kind of coffee making device on the go except for the pod thingies (I've used them elsewhere and object to their impact on the environment) and I believe the cafetiere makes the most perfect cup. I have to agree with Jim, though, that the Millicano instant is a close substitute and a real time saver for someone who finds it difficult to stand for long. Jim, your cup holds 100 ml which is about 3.5 oz -- about one swallow for you.