Start with One Sentence and See… 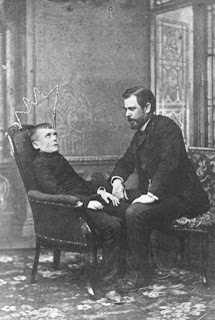 Normally, I greet Sunday morning with a blog post clenched in my hand. It might need a bit of tidying but it’s pretty much there. I grab a mug of tea and I set to work making it passable.

It’s Sunday morning now (checks computer clock), it's 09.55, and I’ve got nothing, zilch, nada. Not a word, not a thought, beyond the (checks computer word count) 65 or so words I have written thus far.

I had a thing written but it’s not good enough to post. There has to be some quality control, even if it sometimes doesn’t seem that way. There has to be some line drawn in the sand that says, ‘this far on poor quality and no further’. I drew the line this morning with my toe on the carpet. I argued with myself, “but only a handful of people read it anyway. Who would know? Who would care.” That’s easy to answer. I would know. I would care. The day I stop will be the day I stop, if you catch my drift.

So then I concluded I would write nothing today. I actually deserve a day off. I finished a first draft of a play yesterday and it was a bit of a push to get it over that ‘shit line’ I described loosely in the paragraph above. It’s left me a little drained, writing wise. I tend to forget that writing is work. It takes energy to do, it burns fuel. I love doing it so much that I tend to completely discount this but whenever I do a good chunk of it I can end up feeling fairly weary. So, yeah, I can take a day off. Nobody’s hanging to see my latest post and I got nothing anyway. So why not brew up some good coffee and read my book and have a long walk and do Tesco and generally have a nice Sunday?

Why sit here and type something that has no beginning no middle and absolutely no sign of an end? (I still have no idea where I’m going, in case you’re wondering).

There are a couple of reasons, none of them very sensible.

Here’s one. I will feel bad if I don’t write a blog post today. It’s part of my regime and, if I don’t do it when I’m supposed to do it, I will feel like I failed a tiny bit and let myself down a tiny bit and have taken a step towards not being a writer a tiny bit and all those tiny bits can add up and become quite a big bit, if you’re not careful, and sometimes when you’re just writing crap the sentences become quite long and you don’t know where to stop them. There. Stop there.

So, yeah (I type that a lot, don’t I?) another reason that I’m still typing is this. I really like the cumulative result of my 10+ years of weekend scribbling on the blog. I think I’ve said it before but it’s like a mosaic. Each individual tile may be pretty average and even quite mundane but the overall effect gives an odd ‘magic eye’ effect if you stare at it for a while. It’s an image of a life, and it’s my life. I like that I’ve used my words to create an impression of my life. Does that sound pretentious? (Reads back) Is that how you spell ‘pretentious’ (checks). It’s not meant to be pretentious. Who would I be trying to impress? There’s nobody here but me and a few good mates who give me a bit of support. This is my life here. There’s very little guile in it any more.

Another reason? Okay. I hate to let things go. I won’t replace my shoes until the old ones literally fall off my feet. I cling to my old jacket. To let something go is to lose it. I don’t want to let this thing go. The honest impression I get is that it’s well past its sell-by date. Like the old house in the song ‘This Old House’ this place once rang with laughter, this place heard many a shout. The blog is hanging in tatters on my feet but I don’t want to let it go. So here I am typing random words into the void.

Wouldn’t it be better to type nothing at all? Too many shit tiles and the mosaic will be completely devalued.

But is something intrinsically without value just because it presents as free form and unplanned? (Are they both the same thing? Checks (Doesn’t check)). Does the true insight into someone not lie in these free writing exercises? Are they not the Rorschach of the written word? That’s probably giving too much weight and importance to what is really nothing more than a desperate attempt to generate content on a Sunday morning as my tea slowly cools in the mug.

(As an aside, I’ve got a random playlist going on my Spotify as I type and I just had a thought that a bit of Bob Dylan might be nice and then he came up, next song, an outside track from ‘New Morning’. That’s weird, right? But not too weird, not enough to get a whole blog post off so carry on.)

I’m blank again now. What was I saying? More to the point, haven’t I said all this at least one time before, back there in the blog post archive? I bet I did. I bet I said it better than this or, worse still, maybe I said it exactly the same. Wouldn’t that be awful, to be a stuck record, playing the same phrase over and over again and demanding that people listen. I’d need a nudge, to get me out of that groove, to play the next part of the track…

(An advert just played. Damn. I should have kept my Spotify subscription.)

I just had a look on Spotify. If you type ‘Soundtrack’ in, a lot of links come up to ‘A Star is Born’. I guess somebody is paying somebody something for that. It reminds me that I couldn’t sleep at 3.00 am this morning so I got up and ‘A Star is Born’ was on the telly. The one with Kris and Barbra’. I watched it for a while with the sound too low to hear clearly. Nothing really seemed to happen so I went back to bed. I don’t mind the odd late night sit up. I don’t let it stress me, though it’s easier to do it on weekends because you know you can sleep in the next day although you never ever do.

So that’s me. I have nothing to say to you today so I just typed randomly for a while and now I’m going to stick it up on the blog. It’s most likely just a load of shite but it’s true and it’s straight from the horse’s mouth so - who the hell knows? - maybe the innermost working of my mind is right there, between the random Dylan track and the sleeplessness.

I can’t say. I’m a bit tired and I’m stuck for a necessary second beat to complete this sentence pleasingly.

Also I need to get to Tesco.

Oh, Christ, no, Jesus, you can’t give up the blog—says the bloke who gave his up just over a year ago—because if you gave up the blog I’d have to give up commenting on the blog and I would miss that for exactly the same reason as you’d miss writing your blog. For most of my life I’ve been a lazy writer. I’d faff about waiting on what I thought of at the time was inspiration and was satisfied if I dribbled out the odd thin poem every month or two. I mean I didn’t start off that way. All you have to do is look at my first few hundred poems to see that. Whatever was bothering me I’d turn into what I called poetry but really wasn’t—it wasn’t even chopped-up prose, it was badly chopped-up bad prose—but I felt better afterward. I always felt better afterwards. No matter how shitty it was because, to quote the old cliché (or maybe it’s an adage), it’s better out than in.

Is writing a need? Probably not. Virtually everyone I’ve ever run into in my life has been a non-writer and they’ve been perfectly happy in their non-writerness; they’ve not composed music or painted or done anything remotely creative. And yet I’ve thought of them as the odd men (and women) out. I felt sorry for them. How could they go through their lives NOT making stuff? What kind of life was that? Before I wrote Living with the Truth I went through a dry spell that lasted over three years which was long enough for me to imagine having to live the rest of my life as a non-writer and the thought depressed the hell out of me. I remember (more clearly than I remember most things) sitting down to begin what ended up being that first novel and do you know what? I’d’ve actually been happy just to type nonsense on the keyboard or scribble random words on a sheet of paper. Simply to go through the motions of writing. I’d no grand plans when I began that book, in fact the idea of thinking I had it in me to produce a novel was laughable since I’d barely written a poem longer than ten lines for years. I really, honestly and truly didn’t expect to produce anything of any worth and nothing of any length. That wasn’t the point. If you’re a writer you need to write. End of. It really doesn’t matter if it’s shopping lists or blogs or the openings to novels you know you’ll never finish. Of course you could settle down every Sunday and work on a play or a short story—I’d stay clear of the poetry (I’ve read your poetry)—and there will be those Sunday writers/painters/composers who do just that with no aspirations whatsoever and maybe we-who-secretly-believe-there’s-greatness-lurking-within-us-and-if-we’re-not-producing-masterful-works-of-art-aren’t-doing-anything-worthwhile-with-our-lives could learn a lesson or two from them. I don’t believe everything Beethoven ever wrote was a masterwork. Because he was Beethoven nothing he composed was crap but not everything was a work of genius. Can you imagine the burden of only churning out masterworks?

You’re right when you say we only write for ourselves. I know some writers have readers in mind but I’ve never been one of them. I publish my work and let people read it but they take me as they find me. That’s the deal. It took me a long time for the blindingly obvious to dawn on me despite having been a reader myself but no two people ever read the same book; everyone brings something of themselves to the table, makes the work their own. You might think what you wrote this morning was a waste of time but here’s the thing: WHO ARE YOU TO SAY? It touched a chord with me (Bdim in case you’re wondering) and gave me exactly what I was looking for, an excuse to write when I’ve really no reason to write. So, thank you for that. And another play. Shite or not I hate you. What I’d give to write a shitty play.

Thanks for the encouragement, Jim. And, Whaaat, my poems are brilliant (laughs forever) :)