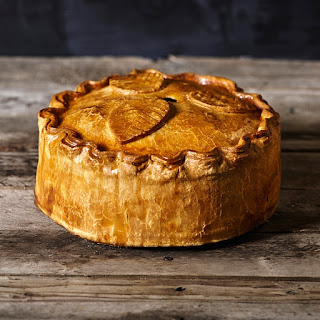 There are quite a few things I could write about here this week but none of them seem to fit.

Some of them are not sufficiently thought out yet ('never stopped you before, Armstrong) and some of them are perhaps more other people’s business than my own.

This leaves me with a quandary or sorts. One that arises from time to time. Not necessarily what to write but rather this: should I write anything at all?

Blogging is an odd business, particularly these days. It often feels, to me at least, like I am riding a unicycle while everyone else is bombing around the place in nifty convertible sports cars.

A ’Blog’, these days, almost seems to mean a place where fashion and trends and consumables are discussed and subtly peddled. The original concept of a ‘Web Log’ of thoughts and memories and reviews and general… stuff all seems rather passé in this world of sophisticated social media.

In short, nobody cares about old fashioned blogging and quite right too. It is an anachronism and often another outlet for ill moderated Sunday morning writers to pretend they have a credible outlet for their wares.

I don’t mind too much about all that. My reasons for the weekly blog are largely selfish and they are the only reasons that would keep an endeavour like this trundling along for so very long. I like to arrange my thoughts into words and I don’t value those words enough to keep them entirely to myself, as one would with a diary. Therefore the minimal ‘show and tell’ of the 98% defunct blogging system keeps the motivation going. An update every week. A loose brief. What is exercising me this week? On it goes. Who gives a shit? It keeps me off the streets.

But that’s not the crux of what is exercising me this morning (and only because I can’t write about the other stuff). I’m actually questioning where the line of responsibility should be drawn in delivering a weekly blog post particularly, as I was just saying, when nobody actually gives a flying fuck about it.

By now, if you’ve read this far, it’s probably becoming clear; I have nothing to write about this week. I am dry. I am ‘up’. Nothing. Nada. Diddly squat. So, here’s the thing. Am I best not to write anything at all, save it up for next week, or is it better to squeeze any kind of old shite out to keep the wagon train rolling along for another while.

Many of the blogs I admire, granted they are by great writers, only post something new when they have something  particular they want to say, where no other medium will suffice. This may result in maybe only one post a year or so. But the blog is a tight, marvelously written thing of insight and true feeling. I'm thinking or people like Julian Simpson or Sarah Pinborough, who use blogging in this way, rarely and only when it counts. There are, of course, people who carry it off with aplomb, week in and week out. Gary Bainbridge springs to mind here.

But what about me? Should I continue to write every week, even when I have nothing to write (quod erat demonstrandum) or should I become an occasional contributor, only turning up when I feel I have something worthwhile to say?

To not write is the thin end of a wedge. If it’s easy not to write this week then it’s easier again not to write next week and nobody cares so why bother anyway? I’m getting fat sitting here and typing this waffle. Cut down on your pork pies, mate, take a turn or three around the park and get over your good self. It’s certainly an idea.

And when I look at my blog writing with any semblance of clarity, I would say it’s probably a good two years since I’ve written a single post of any individual value.

That settles it then, doesn’t it? Pack it in. Go and play somewhere else. Come back now and again when it feels great.

Except it doesn’t settle it, does it?

The clue to why it 'doesn't settle it’ lies in my pitifully self-indulgent rant of two paragraphs ago and how I chose to qualify it. I’ve not written a ‘single one’ of ‘individual’ value. Therein lies the rub. The value of the blog, for me, lies not in any individual week’s posting but in the cumulative value of the fifty-or-so posts that make up a year of my life.

Each post is like a tiny tile in a mosaic. The mosaic of my year. It might be a bit off square and poorly glazed and in fact it most probably is but stick it on the wall and stand well back and, alongside its comrades, it creates an image. The image might not mean anything to anyone else. In fact, it’s highly likely that nobody will ever actually step back and look at it. But I will. And it gives me some little twitch of satisfaction. So the mosaic is important to me, rather then any single tile. And the mosaic requires a tile of some sort every week, regardless of the quality.

So who cares? Who actually cares?

I do. I still care and that’s why I sit here and write it.

The blog is done for this week. Another brick in the wall and all that.

You write because, to some of us, it's the same as breathing. We do it. We don't always think about it.

And you write so we don't lose the ability to communicate with each other. I like knowing what's going on in Ken World...what we may view as boring is someone else's interesting.

So keep writing. I like having something to read that doesn't make me want to throw things at the computer screen. :) And as you can see, my "offering" this week is short on words but big on smiles. Have a good week my friend.

Why do we write? I could be flippant and give the easy answer—because we can’t not write—but that’s a bit of a cop out. Not writing’s easy; millions don’t write every day. I’ve just finished a novella by Jim Harrison called, at least in my copy, The River Swimmer (elsewhere it goes by the name The Water Babies) and I’m starting to think about what I’m going to say about it. It appeared in a volume entitled The River Swimmer along with a longer novella called The Land of Unlikeliness which was about a sixty-year-old artist who returns home for his first extended stay with his mother in forty years. Of course, like the rest of us, he’s still a something-teen on the inside. I’m not an artist although I have painted and I’m not a swimmer although I can swim enough to save my life as long as I’m not more than 100m from dry land. I got the artist. I got his need to capture things, to fix them on paper, and, frankly, I’ve always been jealous of artists because what they do seems so easy although I’m sure it’s not, but the swimmer’s need to be in water mystified me. The book ends with the following paragraph:

Back in bed he felt comfortable and totally hopeless. If there was a body of swimmable water nearby he would enter it. It was his nature.

Nature is a difficult term to define. I looked up a few dictionaries and the expression that jumped out at me was a “pattern of responses.” I think that’s why I’m a poet first and foremost because poems—my poems anyway—have a shape. They’re usually simple enough shapes but they please me. As a playwright patterns will be especially important to you too; the conversations need to flow. I’m preaching to the choir, of course.

Blogs like yours tend to appear at the weekend. They’re rarely great works of literature but I don’t say that to trivialise them either. You’re far from being a weekend writer but I understand the need to keep your hand in. It’s what I’m doing right now. This is also not great literature but it is a guy who loves writing’s response to a guy who loves writing. It’s the most natural way to respond. I can’t really imagine calling you up once a week to talk about your blog. We’d end up talking about some daft TV show most likely. Words are our water and there’s not much to do with them bar swim in them. That is our nature. And there’s no reason why writing, like swimming, can’t be an end in itself.

There’s a poem by Kurt Schwitters called ‘Number Poetry Revisited’ in which he relishes the sound of the numbers one through eight spoken in English. He writes:

I don’t know about you but I get a kick out of writing even the most mundane sentence. It’s alchemy. It really is, stringing a few words together. Reading helps but nothing beats reading something you’ve written yourself.