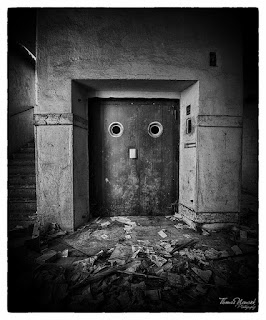 Sometimes I feel like writing about my Social Media experience and generally, at least in the last few years, it naturally falls into the form of a complaint.

People who know me online sometimes advise me to just leave it alone. Social Media is a bit like City Hall, they say, you can’t fight it. Just go with the flow of it and leave it alone. No good can come of constantly picking at it and moaning about it. I agree with all of that and, taking their advice, I have left it alone for quite a long time now, preferring instead to plough my own furrow and let things be.

I tweet less and less, I update Facebook less and less and Instagram remains a wonderfully warm and entertaining mystery to me. In trying to explain the reasons for this, I may moan a bit. Forgive me. After this, I will once again plough my furrow and do my best with what I have.

I stopped and thought a bit about my Social Media this week. You may note that I generally say ‘My Social Media’ rather than referring to Social Media in general. If I’ve learned one thing about this beast, over the years, it is that everybody’s experience is different. To try to generalise too much is to fail before you begin. So if none of this rings in any way true for you, so be it. I completely understand.

So, yeah, where was I? Oh right, I stopped and thought. I tried to think of a suitable metaphor for what my current social media experience is like. Eventually, I decided it was like a door, more specifically a lift door. You know the type, chrome plated, a little glass maybe. Two halves gliding apart to let you in and then coming together to close tight.

In the early days, all my online friends and acquaintances were in the lift and I was outside, looking in. They were all squashed a bit tightly together in there, such that you couldn’t always tell exactly where one person ended and another began. But they were generally a smiley communicative group who I murmured stuff into and who usually murmured back. The doors of the lift were wide open, they never closed, and the good folk inside never seemed to want to be anywhere else.

Over the years, the doors gradually started to move together. Slowly, almost imperceptibly, the two leaves began to slide shut. It became harder to hear the people inside and it became harder for them to hear you. The voices of the people on the outer edges of the lift car were lost the soonest as the doors eased shut but the central core remained visible and communicative. There was a sense of… well, closure I suppose but it was so slow and so subtle that it didn’t really seem to matter at all.

These days, the doors are almost closed tight. It is hard to shout something through the crack and make yourself heard. It is harder still to hear what is being shouted out from inside. Apart from the ever-diminishing gap between the lift doors, there is also the ever increasing noise of the lift machinery. Louder and louder if growls, making it hard to say or hear anything at all.

And this is what I want to explain. I still love to communicate, to interact, to say silly stuff. Similarly, I love to hear your news and your thoughts and dreams. Your successes still elevate me, you challenges still move me. All this is unchanged. But the energy required to get through the crack in the door is much greater than it ever was before and it is tiring and it wears me down a bit. I still shout through and I still press my ear to the door but I do it less and less.

The good thing is that there is more time for other things. I’m writing well, working hard, watching a few more movies, getting some walks in. All that is good.

But there’s no denying that I miss my online people and the open door murmurings that used to succinctly colour and enhance our lives. I don’t think I am alone in experiencing a waning energy for dealing with social media. I think that I see it all over the place. I even think there is a subconscious resentment against the media which quietly bleeds onto personal interactions. ‘They didn’t say anything back to me so, just this once, I’m not going to say anything back to them.’ That’s not a big thing, I think many people would deny that it exists, except, if I’m being harsh and honest, perhaps in my own twisted little mind. But I think it’s there and every little thing closes the door a bit more.

So, hey, I’m still here and I love to see your stuff and I regularly seek out your stuff out of interest and perhaps in defiance of the forces that try to stop me from seeing it.

And now my Social Media complaint is over, hopefully for another year at least, and I will keep on keeping on and will hope to see you around the platforms somewhere.

The doors have nearly closed and I don’t see a way that they will ever sit wide open again as they did in those grand old day of yore when we saw everything we wanted to see and were heard by everybody who wanted to hear us.

“Excuse me. Is this car going to the basement? Hello..?”

Once again our lives seem to be in some kind of cosmic parallel. Forbme it mostly revolves Twitter, which seems to be a tumbleweed ridden wasteland as far as interaction is concerned. There's always this place though, which is a kind of correspondence of sorts. Maybe the ol' blogs are making a comeback...

A few days ago I read an interesting article on the BBC’s website: Eight reasons Facebook has peaked. It doesn’t say anything really new but it’s a nice summary. You and I have, of course, discussed social media before so I’ll try and not repeat myself. My main gripe—and this extends to sites like IMDB and Amazon—is: Why do people have to ruin everything? Facebook at its core was a great idea and I suppose if you only have a couple of dozen friends who are mostly your family it still works. I always see anything my wife’s posted as soon as I log on which I dutifully—since you told me off—like and click on and earn my Brownie points for the day. On that level it seems to still be business as usual. It’s the rest I struggle with. I’ve had an idea for a poem buzzing around in my head for ages but it refuses to find form. I can’t, however, get the phrase out of my head: “Why am I here?” This isn’t unusual for me and I don’t worry about it but it’s fixed in my head now and every time I open up Facebook I find myself facing that (seemingly unanswerable) question. I hardly like anyone’s posts and I comment on even fewer. About the only thing I genuinely enjoy are the clips of animals being cute; they actually do make me happy for a few seconds. The rest I merely scroll through dutifully—it feels like that’s what drives me—and as soon as I hit something I recognise from the last time I looked that’s me. It’s a chore to get out the road.

I don’t think the main problem has to do with social media in isolation. I think it’s information overload we’re all suffering from. There’s too much of everything demanding our attention. I mean when I was sixteen there were thousands of books I’d never read and there always will be thousands of books I’ll never read but the thing about the Internet is it’s made me aware of how much I’m not reading. It’s not simply the fifty or a hundred or a thousand books I have to read before I die, it’s the ten or twenty books I have to read this month. And the films I have to see. And the music I have to listen to. And I do do my best but here’s the thing. I just read a book by Jesse Ball and I wrote my review which I’ll post on Goodreads when I get a minute. And I enjoyed the book. I did. And I thought I’d see what else he had but first I double-checked to see if I’d read anything by him before and lo and behold I had and, d’ya know what?, I remember NOTHING about it. And that was only two years ago. That’s because it never got time to settle. I read it, reviewed it and then got on to the next book because I know I’ve so many books I have to read before I die.

In the old days you’d write me a letter and I’d say to Carrie, “Look, I’ve got a letter from my friend, Ken. You know the Irish bloke. Ken. You remember Ken,” and I's read her bit of it and we’d talk about it over breakfast and it’d be a thing and I'd take it with me on the bus and maybe read it over lunch and on the bus back and all day I’d be thinking about it until finally I’d sit down at my desk later that day and pick up my pen and slowly—at about thirteen words per minute (as opposed to my typing speed which the last time I checked was about forty words per minute)—compose a reply, stopping to think in between sentences. I miss that.

Quantity will never win over Quality. It may trample it into the ground but once it passes all Quality’ll do is pick himself up, dust himself down and go about his business as usual.

I'm still here. Just look down a little further...I'm the short one, trying to see over everyone's head. And I'm waving at you. I can still hear you even if I have to ignore the whining people. Thank heavens you're still there, offering me a way out. :)