I Just Won’t Write One This Week 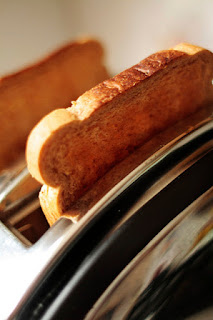 I’ve probably said it before. I think I’ve said everything before. Sometimes the problem is not being able to think of what to write about, it’s much more a problem of focusing in on one particular thing.

This week, the old mind is racing with all kinds of different stuff, some fantastic, some utterly appalling, and it’s hard to find the right direction to focus in. It’s equally hard, also, to find any kind of consistency of tone. Should I verbally punch the air or verbally throw myself off a cliff.

“I’ll tell you what, “ I say to myself, “it’s Sunday morning and you still haven’t written anything. Take it as a sign, a gift from the Cosmos. Take a day off.”

It’s tempting. There’s a nice smell of toast coming from the direction of the kitchen. The rain has stopped. Why the hell not?

I just won’t write a blog post this week. Why should I bother anyway? If I can’t pin myself down to something I want to say, what’s the point?

Right. Toast. A walk in the non-rain. Maybe even a glance at the paper.

But wait. What's all this? I’m here, two hundred words in to something that has no rhyme or reason and has no clue where it might go after the next line. Why am I not eating toast? What the hell is going on?

There’s a tiny trickle of fear, certainly, that keeps me typing. If I don’t do it this week, will I ever do it again? That must be how a blog finishes up in the end. Not with a ballistic post damning all-and-sundry to hell and back nor even with a post announcing the end of it all. I bet the final post on most blogs is an everyday run-of-the-mill thing about, I dunno, eating toast or walks in the rain.

So what can I tell you? If I try to write about the awful stuff that is lurking in the news, I will find that a couple of sentences won’t make it and anyway anything I might write would seem impotent and floundering in the light of the awfulness. Best leave it for another day, when thoughts may come straighter.

There’s been lots of drama stuff this week. I could tell you about that. Three separate rehearsal sessions for three separate things. All of them excellent fun. I could easily have written a long post about all that. I just don’t want to overplay that hand and the fun is only just beginning.

I’ve read a few good books. That could make a passable post. Not bothered though. I tend to write fairly shitty reviews because the tropes of review writing tend to bore me so I usually just end up saying if I thought a book was good or bad and refusing to tell you the plot. So, no, not a post about books although, if you’re looking, I found Eileen by Ottessa Moshfegh to be very good. I also enjoyed Miss Jane by Brad Watson for the quality of the writing and the empathy therein. I recommended Remember Me Like This by Bret Anthony Johnson to Lucy and she enjoyed it too so that makes me feel safer in saying I thought it was great.

Movies I’ve seen. I loved The Lives of Others on Netflix, which I was years late to. I thought In A World was smart and sweet and funny and Bone Tomahawk settled me in to a very well made genre-respectful western only to be shocked out of my complacency two thirds of the way through. Oh, yeah, Hell or High Water is a fine film too. Jeff Bridges remains The Man.

What else? It’s been raining. I got wet.

Sam and I went to see Graham Hopkins at his Drum Hang in Mocha Beans in Westport. That was very cool. Graham is the ace drummer with The Frames and many other collectives and he was happy to drink coffee and chat and drum like bejaysis. A good night.

We saw Dinosaur too at The Linenhall, fronted by Laura Jurd who plays trumpet like a great-trumpet-playing thing. It’s lovely to hear and see trumpet playing in real life. It’s quite a physical thing. The jazzy inflections of the instrument are naturally paced by the limits of what a breath can do and the breath itself sits behind the music like some physical proof of its reality. Also there’s saliva to be drained. It’s quite a beast and Laura doesn’t tame it, she more rides it like a bucking steer.

We’re watching ‘This is Us’ on RTE2 and it is pretty schmaltzy and smooth but I think it’s also pretty good. The narrative is corralled in an impressive way, the humour is light and good, and the characters are engaging. It’s not Ibsen but we keep recording it and sitting down with it so that’s a good sign.

Apple Tree Yard was very good on the BBC. It sparked some lively discussion around the place and that’s always a positive sign too. We missed Taboo and we don’t get iPlayer in these parts so I’ll have to look into a way to see it. It sounded really edgy and blunt, all at the same time.

So, yeah, look, I just won’t write a blog post this week. I’ll have that toast and that walk (not at the same time) and I’ll come back to it fresh and inspired next week.

I looked out the window at the rain falling at 8am this morning, and I thought "Wouldn't it be lovely to have a body healthy enough to be outside walking in that?"
I had toast for #sundaybrunch
I admire your ability to write a blog post each week, it's something I aspire to.

Reading your blog posts always make me think. Thank you.

Thank you Claire. The instant temptation is to tell you what to do, a bit of good old 'mainsplaining'. "Post this" "Eat that"... but I'll resist all that. You are a very strong person and you know your own mind.

I appreciate your support and I know you will literally go from strength to strength and achieve wonderful things. Keep your spirits up whenever possible, keep wearing *that* colour. Keep on, keepin' all. It's all we can do . :) x

thanks, I am able to do things, it's just that I have lots of limitations- like if I work during the week, my body has to rest at the weekends. The things I used to do regularly- walk on the beach and up mountains is a luxury I don't have at the moment.

The gaps I was thinking of were more to do with your discipline of writing. I love writing, I love words, I aspire to be as disciplined as you.

There is often a temptation to prescribe, but I find the people who touch my life the most are those who just honestly and openly share how it is for them. This is why I enjoy your writing. It's why Stephen King is (imo) the best fiction writer ever- he has the skill to know what detail to include, to tell the reader, and which bits the reader can fill in for themselves.

"Lead a horse to water, but you can't make him drink".

Describing the benefits of hydration on the body might motivate some to take action and drink. For others it has no effect.

Describing how it feels to drink water as it quenches thirst, how it feels as it's swallowed, how the body feels when it knows water is coming, the relief, the anticipation, the quenching of desire... now THAT's what will motivate my curiosity and make me want to take action by drinking that water...

I have a similar problem, Ken. Today I have nine copies of The More Things Change sitting on my desk. One of them will be winging its way to you on Monday. I’ve not stuck any of them in their envelopes yet because most need to be signed. And I can’t think of what to say. I have this same problem every time I come to sending out gift copies. What to write. Should I be witty or sincere or profound? Should I just scribble, “Best regards, Jim” and be done with it? A blank page is a horrible thing at the best of times but it’s easy enough as you’ve shown this week to cover it with words so all we see are the words and don’t notice what’s underneath. It’s misdirection. It’s sleight of hand. It’s magic, that’s what it is. We make something out of nothing. I’m like you. Every time I sit down to write my blog I wonder what I’m going to say but I always manage something because I’ve an endless supply of nothing to work with.

I'll be watching my post, Jim. Thanks very much. And whatever you write, I'm sure it will be good. No pressure there, eh? :)