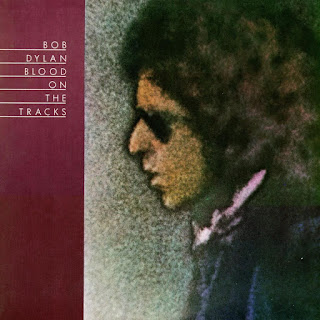 Sometimes sleep goes away. Not very often, thankfully, and not for very long but sometimes it does go.

It’s not a stress thing, although there’s some small element of that. It’s not an anxiety thing either but that probably does play a tiny part too. For me, it’s more an overpowering feeling that there is simply too much to do and that it would be wrong to sleep too easily.

I know lots of people suffer a thousand times worse than me with this kind of thing. I really don’t get it too bad at all, nor do I beat myself up too hard over it. So I’m not pretending to be a martyr to insomnia or anything like that. In my case, it’s simply that sleep occasionally goes away and I thought I’d write a few lines about it this week because, well, sleep has currently gone away.

In my case, it works like this. I go to bed, sometime around midnight. I read my book until the words get all mixed up with sleepy thoughts. Then I put the book down and I close my eyes. Sleep comes really easily and quickly. It’s been a long day. The sleep is solid and deep.

Then, at about four or half four, I wake. It feels a little like that bit in ‘Groundhog Day’ where the radio clicks on and the same song as yesterday starts to play. “Uh oh, here we go again.” The immediate reaction is to go to sleep again. It’s dark and it’s hours yet until morning. Sleep is the obvious move. But the old brain hasn’t just woken up, it’s come alive in a strange highly-caffeinated fashion. Ideas, plans, scenarios have come leaping in, all wanting to be thought about and considered and mulled-over and worked out. There’s no great feeling of anxiety or unease. A general annoyance at being awake again, yes, and a drive to process information, leaping mentally from one thing to another.

Oddly enough, no matter how much information is processed or scenarios are worked over, it all seems gone by morning. Nothing is furthered, nothing is any more resolved that it was  before. It’s almost like it’s a sort of wide-awake dreaming.

Running through song lyrics in my head is sometimes a constructive way to push the mind toward something more ordered and sedate. I know a lot of songs all the way through. ‘Tangled Up in Blue’ is a recurring lyric in these sessions, ‘If You See Her, Say Hello’ also comes up quite a bit. My night time owes much to ‘Blood on the Tracks’. It’s no good racing through the lyrics either, as this overactive mind of mine itches to do. The words have to be recalled at the same pace as which they are sung. This isn’t necessarily effective in reclaiming sleep but it does tend to calm the jumpy brain down and ease it away from all that infernal planning and analysis.

I don’t tend to get up. I ride it out. I think some measure of sleep sometimes comes back on the way towards morning but it’s a light ‘skim across the surface’ sort of sleep where any dreams which may arise are grounded in facts and real life events.

The alarm goes and then I feel like I could sleep but I can’t and I don’t. The day begins.

If you’ve never done it, you would imagine that the days after such a night would be long and weary and sub-par. That’s certainly not how it is for me. There seems to be a heightened focus and edginess to those days after sleep goes away. Work gets done.

It all generally runs its course in a couple of weeks and then I’ll sleep like a slightly more normal person again. It might not come back again for a year or even two.

The main thing, I reckon, is not to worry about it too much. The bed is warm at 4.30 in the morning and the darkness is all-enveloping.

And Bob Dylan’s lyrics are not the worst thing to bounce around in your head.

For as long as I can remember my sleep’s been disturbed. For a while I kept a sleep diary. It was a pretty graph once I imported all the data into Excel but rather than reveal a pattern it revealed there wasn’t a pattern or at least not one that lasted more than a few days in a row and that’s continued down to this day. I’m always tired. No matter how many hours sleep I get I’m still done in and sometimes I feel worse after a good eight hours than better. At the moment I’m back on nights. That means I go to bed at 11 as has been mine and Carrie’s habit for years and I usually doze off fairly quickly unless I’ve slept a lot the day before. Then I usually have to endure a half hour or more’s myoclonus and if it’s really bad I’ll just get up after an hour and resign myself to the fact I’m not going to get any sleep which is fine because even on the night’s I do drop off right away I’m usually awake again by 1 having enjoyed a single sleep cycle. This is when I’m usually at my most clear-headed and can work. By about 7 or 8 I’m starting to flag and it’s time go back to bed and as I’m pretty much exhausted by then I usually drop right off and I’ll sleep through until maybe 1 in the afternoon although yesterday it was 3:30 before I woke up which is why I guess I only slept for 45 minutes when I went to bed and I found myself sitting at my laptop at midnight. Mostly I couldn’t care less when I sleep. My dad was on constant nights for over twenty years so I know there’re others out there who’ve trained themselves to work this way. The only time it proves problematic is when we have deliveries in the afternoons because that’s when Carrie usually needs a nap. Like ships passing in the night we are.