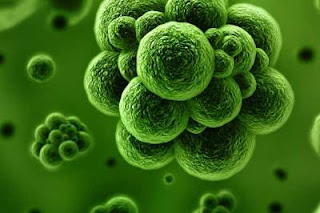 I don’t often write about the writing I do. There’s a couple of reasons.

Firstly, if I write in any detail about something I’m currently working on, I’m afraid I’ll jinx it.

Well, not ‘jinx it’ exactly, that just sounds silly and superstitious and it’s not that. It’s more that the exposing of my idea to any kind of atmosphere, other than the rarefied oxygen-deprived one in my head, will cause it to rapidly wither and die away.

Secondly, if I leave off writing about it until after I’m finished, I’ve completely lost interest in doing that and have moved on somewhere else.

Also I don’t rate writing advice terribly highly. Strike that too. I don’t rate any individual persons writing advice all that highly. I love to read what people have to say about their writing and their methodology but I find only the smallest proportion of what they say is actually applicable or useful to me. Thus I read lots of stuff and only hold onto the bits that suit me. It’s like asking all the writers to throw strands of their cooked spaghetti at me and see which bits stick. Okay, it’s not like that at all.

Having said all that, it should be clear that I don’t expect anything I might say about my own writing to be of very much use to you. In fact, I’d be disappointed if it was. I think we all need to find our own way with the stuff we do and if your way is the exact same way as somebody you’ve read about, then maybe you haven’t quite uncovered that truth about your own writing yet. Maybe you have. Maybe that’s just the first strand of my bullshit spaghetti advice.

Emmm… I can’t remember what I wanted to say now.

I’ve just started writing a new full length play and I’m very excited about it and it’s going rather well… and all that jazz. It just struck me that I naturally go about it on a rather odd, haphazard, sort of a way. I thought this might be worth mentioning because I reckon there are people out there who may feel, deep down, that they don’t deserve to get their play written if they don’t do it by the book, step by step, stage by stage, until it’s all neatly packaged up and done. That’s where I thought this particular strand of Fettuccini might have some value to .03% of some as yet undefined collective of writers.

If I were to try to do my thing by the book, I would have a few weeks of head scratching and frustration by which time any enthusiasm for the fledgling idea would be cold and dead and I would throw it by the wayside and trudge on to the next failed attempt. Mostly failed because I tried to do it somebody else’s way.

The important thing is to get it done. Whatever way you can. Get it done.

If I were to sit down, with my precious germ of an idea, and try to develop it into a synopsis, a treatment, God help us – a series of cue cards, I would not get very far. I know this because I’ve tried. Robert McKee in one hand, cards in the other, I’ve neatly written stuff on postcards, spread them on the floor, and taken a photo of them to show myself what I good kid I am.

So that do I do? What is my great secret to success?

I sort of… dick around.

If I’ve only got a germ of an idea but, crucially, if it’s coupled with that tingling in the back of the neck that implies there’s something developable there, then I dick around with it.

Bear in mind it’s only a germ, a seed if you will. If it’s going to grow I need to lay it in some fertile soil and pour water on it. I need to read and  view stuff related to the idea, the more obtuse the link the better. I need to think about it.

But most importantly, and here’s the rub, I need to write whatever I can about it. This could be anything, a note on staging, a bit of business, a scrap of dialogue, a phrase, a joke and bit of music… anything that adds another molecule to the idea.

It’s a random process with little notion of a start, middle or ending. Bits of stuff are dicked-around-with and added to the germ and, bit by bit, the germ grows. It sprouts little weak yellow shoots. I keep dicking and adding and eventually, it finds a form.

It’s quite like the way I might do a crossword puzzle and how you might do it better but that wouldn’t work for me. You might start at one across and solve it and then do two across and then three across and you might get them all. Then, when they’re all done in fabulous order, you start on one down and fill them in.

With me, I don’t have a clue what one across is. Not a clue. But there’s a three letter word in thirty-one across that I think I know and the letter ‘n’ at the end of that three letter word might give me a hint about thirty-two down and now I’m stuck again but, wait, doesn’t five across look teasingly gettable?

I can finish the crossword too. Maybe not as impressively or even as easily as you can but the end result will still be a finished crossword. And the picking around, the deciphering and the general sorting-out can be fun and fulfilling to do.

I suppose all I’m saying is this. If you feel you have a play in you or a story or a poem, you don’t have to start at line one or even at any line at all. Spend time with your germ. Write whatever you can around it and, I promise you this, every little thing you write will open up another line in towards the centre of what you are trying to do.

Then, one day, the thing reaches critical mass. Suddenly there is enough to work with, to write with and the flow, the wonderful flow, can begin.

The secret. The thing that makes this process work. Is that you have to be willing to throw lots of stuff away. As the germ grows and strengthens, it will naturally start to shed lots of stuff that you tried to put on. Don’t try to keep it there with spit and glue. Let it go. I think some people fail by being over reverential of the stuff they dream up. Learn to step back, recognise the lesser parts of your creation, and let them fall to the ground.

Hark at me, almost sounding like I know something of which I speak.

Thanks for this Ken. I have always wanted to write poetry but my distinct lack of poise and language has discouraged me.
Perhaps I need to put some words on paper and go with it. X

Don't get it right, Caroline, get it written. :)

You have to be willing to throw lots of stuff away, eh? I talked to Jeanette Winterson once—briefly, she was much in demand—and she said the same so it must be right but here’s the thing: that’s not what Anita Brookner says. Nor William Faulkner. It’s three in the morning or thereabouts. I’ve been reading As I Lay Dying for the last couple of hours and decided I needed a break so this is me having a break. Faulkner said he wrote the novel from midnight to 4:00 in the morning over the course of six weeks and that he did not change a word of it. It’s consistently ranked among the best novels of 20th-century literature so he must’ve been doing something right. But you’re right. There’s no right way to write and that’s the first thing they should teacher wannabe writers. Like you I’ve read a lot of stuff about how to write and, yes, it is fascinating how others go about it, absolutely fascinating, but they’re not me and I’ve never met anyone yet who writes like me but I seem to get the job done.

I’ve written five novels and two novellas and the only thing they have in common is that I began at the beginning and wrote until I’d finished saying what I had to say. Then I stopped and put the thing away until I’d forgotten about it. Then I edited it, grafting in bits, tidying up the language, fleshing out bits here and there but fundamentally the book remained unchanged. I don’t change the story. I don’t introduce any major characters. All I do is polish. I cut very little. Only once did I know how a book was going to end and that was Milligan and Murphy. I actually wrote the final chapter out of sequence and worked towards it. That’s not typical for me.

Just because you’ve written one novel doesn’t mean the second will be any easier; I suspect for most writers the books actually get harder and harder. My first book was a piece of cake mainly because I didn’t actually realise I was writing a novel. During the writing of every subsequent book I hit a point where I wondered what the hell I was doing and was convinced I’d never finish it and couldn’t understand why on earth I’d started it in the first place. In fact there were gaps of years in the middles of The More Things Change and Left when the things just sat there and I was convinced that was me done, I’d never finish it and would never write another book ever again.

I write because I have to write. I’m not a storyteller. I don’t understand writers who are. I’m also well aware that I’m not completely in control of what I’m writing. That’s why Left isn’t the book I sat down to write but it is the book I needed to write. Maybe that’s why I’m going through a dry spell at the moment because I don’t need to write. Some writers are machines—I’m thinking about the Amélie Nothombs of the world who deliver a book a year every year like clockwork—but others (and we’re talking about some truly great others) produce only a handful of works in a lifetime. What you need to do as a writer, and as quickly as possible, is learn what kind of writer you are and not kick yourself over and over for not being Stephen King. Most writers aren’t.

Anyone can write a book. I say this in all seriousness. Not everyone can write a book that others will be willing to pay to read. There are writers and there are Writers. It took me a while to realise I was the latter; it felt pretentious to call myself a Writer but I am and I’m a natural and that’s nothing to be ashamed about. I have WAY too many things to be ashamed about to need to add writing into the mix. It took me a long time to admit even to myself that I was a Writer because of what you’re talking about here. I couldn't explain how I did it. Like you I dicked around and someone managed to produce half-decent stuff but here’s the thing: a bee couldn’t explain to you how it can fly; it just flies and leaves the formulas to the physicists to work out.