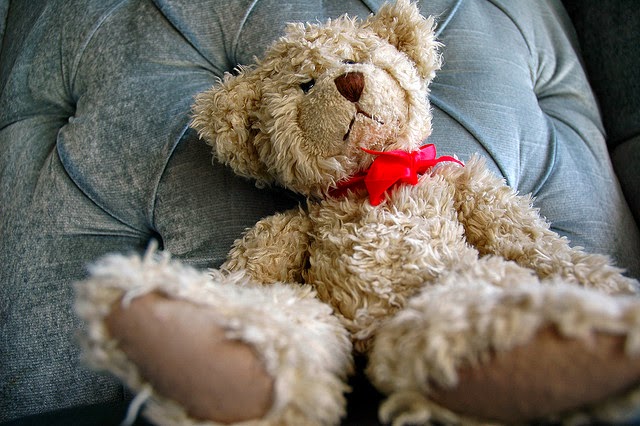 When I thought about it earlier in the week, I said to myself, “You’re doing a blog post on Easter Sunday, this year, so try to think of something relevant and good to say.”

Then I thought, “Wait, you do a blog every Easter Sunday because you always blog on a Sunday and Easter Sunday always falls on a…”. You get the gist.

Seriously, though, I wanted to see if I could evoke a memory or something related to Easter Time so I dredged deep in my mind to see what I could scrape out of the mud.

What came up was a scramble of memories that I didn’t even know were down there. Not about Easter Sunday, per se, but rather about the week that followed on from it.

Because you may not know, a ‘Feis’ is an Irish Festival of Culture, primarily music, dancing, singing and, um, reciting stuff. It’s pronounced ‘Fesh’ so now you can read along with impunity. Our local Feis, Feis Shligigh, or ‘Sligo Feis’ was always held in that week after Easter Sunday. Frankly, to a young kid on his holidays, it was a colossal pain in the arse. As I have covered elsewhere in these pages, I was forced and cajoled into learning to play the accordion as a nipper and now, in this post Easter Holiday, I was required to tout my non-existent talent around hotel foyers and draughty halls, where I would bang out a defiant rendition of ‘The Minstrel Boy’ and then bugger off home, quite correctly un-rewarded.

But that’s not the memory I uncovered. I remember the accordion years all too well. Way back, before I had ever strapped on the buttoned wheeze bucket, I was a regular at the Feis. In truth, I was a bit of a star. And I had forgotten this, quite forgotten it, until I went dredging.

When I was six, or seven, or something like that, I used to be brought to the Feis, not to play or dance or sing but to recite verse. Recitation.

Why? I don’t know. I don’t think any of my brothers and sisters had been a part of this particular requirement. Perhaps the nuns in my school saw some fledgling talent for room-hogging and squeaky proclamation. I don’t know. Whatever the reason, I would learn my little verse, turn up at the hall and give my performance along with a myriad of other Easter-egg deprived mites.

You would think that the verse in question would be Gaelic and Feisty and such or perhaps Mist-Laden and Romantic and Wistful, as we Irish are sometimes seen to be. But no. Looking back, the verses that were chosen for us were quite English and Middle Class and slightly Affluent, lots of things that we patently were not.

Oddly, although the detail of the events are now faded and worn, the words I had to speak are not. It is no stretch at all to, right now, verbatim, recall the verse I had to recite. Although I started off, year one, with a thing about kittens losing mittens – a hateful thing where I was required to ‘miow’ and ‘purr’ like a feckin’ gobshite. In the subsequent year, I moved on reciting a verse called ‘The Secret’ by Anon. Here it is, from memory.

I’ve got such a wonderful secret
Would you like to know it as well?
I told it to Pussy this morning
And I’m positive Pussy won’t tell.

Last night I crept in to the Study
Nobody knew I was there.
I saw a magnificent teddy
Under Daddy’s armchair.

Now, Daddy’s too old for a teddy
And Baby’s only three.
I’ll be five tomorrow
And I think that teddy’s for me.

You see what I mean, too, about how unrelated to our West of Ireland lives this verse-reciting exercise was. Kittens with Mittens and Teddys in Studys were not the inescapable facts of our everyday lives. That was much more about duffel coats, street football, and horizontal rain.

I must have been quite good at this reciting lark for, as I recall, I invariably came second in all of these recitation competitions. The same boy always came first and I swear I cannot now remember his name. He lived up Church Street and was in the class behind me. He was good, damn good but, looking back, I think he had the better material to work with and that’s what won out in the end.

He invariably recited ‘Vespers’ by AA Milne or, as we knew it back then, ‘Christopher Robin is Saying His Prayers’. (I had to look up the Vespers part). As with so much of Milne’s writing, it is a perennial charming piece.

This gentle sentiment, imbibed with Milne's unerring humour, used to slay them at the Sligo Recitation Feis. I wish I could have had a go at it, one of my years, but alas it was not to be.

Why was I up there, when my brothers and sisters were not? That is the question I am left with. I like to think that Mum saw some inkling of a desire to perform and ‘story-tell’ even at that young age. It’s a nice warm thought.

I know at the time, I would rather have been at home with the remnants of my Easter Egg, watching ‘The White Horses’. Now, though, as I think back, the dredged-up recollection reminds me how very many facets there are to our little lives and how each, even though they may be long forgotten, can go on to be a real part of who we eventually become.

Have a nice day. Get some air, if you can.

I have never had any strong desire to perform. Not even in my teen years when I was full of my own sense of self-importance. I do recall going to a party once where we were required to do a turn so when it was my go I stood up and recited (at breakneck speed):

and walked back to my seat. I have no idea how old I was or what the occasion was only that this happened in a flat in Stevenston or, maybe, Ardrossan. Other than that I never had a party piece. If people came to our house after I was thirteen I’d play the organ and usually something I’d composed all of which I’ve forgotten and even the sheet music’s gone.

I think your boys’ generation will be a lot better at recording stuff—it’s second nature to them to whip out a mobile phone—but I also suspect they’ll lose track of it like we did assuming that we will always remember everything. They need to remember not to do that. Buy your kids a couple of 4TB external hard drives for Xmas, Ken. They’ll look funny at you but will thank you eventually.