That ‘James Bond’ Fella, What a Prick 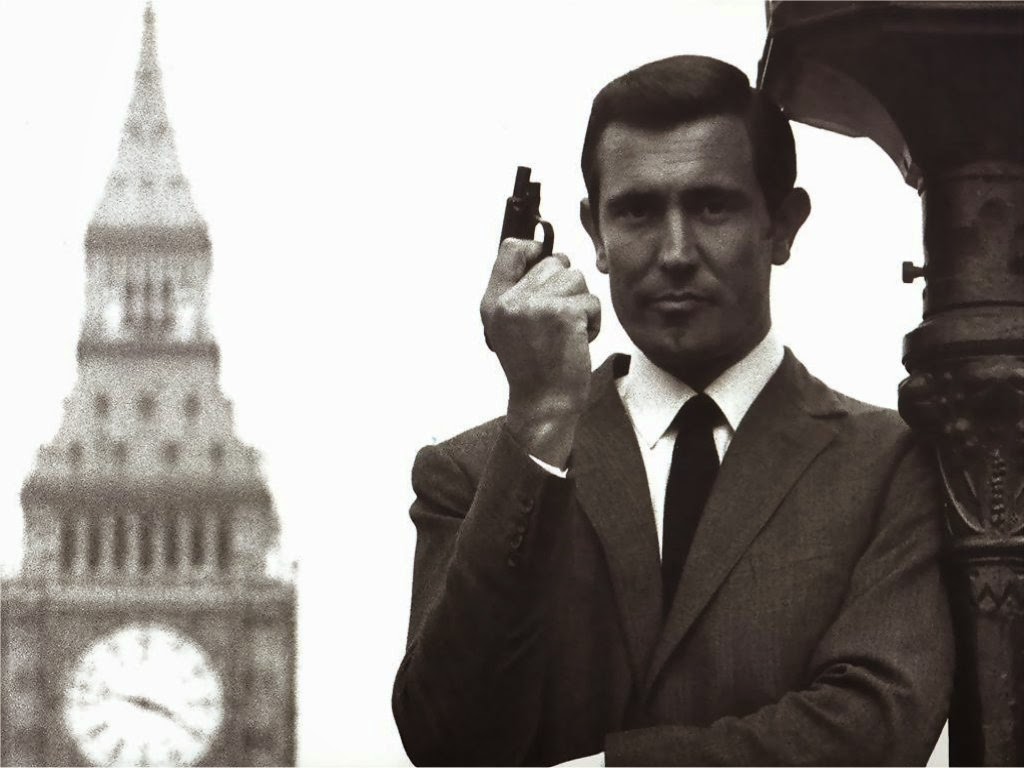 I knew I was on one of my James Bond kicks this week when I strolled into a favourite caff in North Dublin and immediately started referring mentally to myself in the third person.

“Armstrong ordered over the counter; scrambled eggs, bacon and white-bread-toast along with the obligatory double espresso. He took a corner table and pretended to read as he watched the other people in the room.”

This type of internal ‘Bondian’ narrative only ever pops up after I’ve recently finished a James Bond novel. Thankfully it doesn’t last long and nothing gets hurt except my self-esteem. And, yes, that’s the reason I was sitting in a Dublin café getting all misty-eyes with my internal monologues. I had just finished the latest James Bond novel. ‘Solo’ by William Boyd.

Regular visitors (Hi, Jim) will know that James Bond is another one of those recurring themes, here on the blog. I first grew up in anticipation of him and then with him. I know him from books and movies alike and although I now can see faults and silliness practically everywhere I look, I’m still engaged by the material. Just as engaged, in fact, as I was back when I collected bubble gum cards for ‘On Her Majesty’s Secret Service’ when I was just six years of age.

That’s one solid reason why I was always going to read William Boyd’s Bond novel - my Bond interest. But there are several other reasons too. I like William Boyd’s work very much indeed. He is, in my opinion, a true novelist. One final reason, and I won’t go into too much detail on this one, I knew William Boyd a little bit, back when I lived in London. He probably wouldn’t remember me now but we ran into each other quite a few times. I was interested to see how this writer, who I knew a little about, would tackle James Bond.

The first thing he’s done (as far as I can see) is that he’s followed that hoariest of writer’s advice clichés – ‘Write What You Know’. William Boyd knows about War, and Africa and he knows about Chelsea too because he lives there. All of these things feature in his James Bond novel. I think he’s also included at least one of his own personal ‘foibles’ in there too, as a Bond ‘foible’. I won’t say when it is because I would almost feel like I was breaking a little confidence. Besides it’s nothing ‘odd’ or ‘pervy’ or anything like that. It’s just a little domestic preference that William expressed to me, back in the day, one that James Bond also expresses in the text of this book.

I think part of the key to a man’s relationship with the Literary James Bond character lies in that fact. I think we like to find some traces of ourselves in there or, at the very least, imagine some. The ‘Lone Wolf’, the ‘Connoisseur’, the ‘Gentleman’, the ‘Thug’. Maybe you get out whatever you put in.

Another reason I like this William Boyd's take on Bond is that his is very much the Written Word Bond as opposed to the Movie Bond.

What do I mean by that?

Let me give you my example.

Whenever anyone asks me to distinguish between the movie James Bond and the literary James Bond (and, of course, nobody ever has) I refer to a scene in ‘Goldfinger’ which is common to both. You definitely know the movie version because it is iconic and pretty great in its own right. Goldfinger has got Bond strapped to a stainless steel table and a cold hard laser beam is unerringly cutting its way towards his crotch. “You expect me to talk?” purrs Connery. “No, Mr Bond, I expect you to die.” Bond uses guile and a scrap of insider knowledge to talk himself out of the predicament and onward to inevitable victory, a victory that was never really ever in doubt.

Here there are no laser beams or clever banter. There is a circular saw roaring its way up to hack through Bond’s flesh. The man himself has no Plan B and is fully resolved to dying as quickly as possible, practically pressing himself onto the oncoming blade so as to hasten his departure.

The books are muckier, grittier, less tidy in every respect. That goes for the character too. He is harder, colder, less likeable.

Which takes me back to William Boyd’s book and the title of this piece of mine. Boyd has managed something here that nobody else had managed before. He has made me look at James Bond in a different light. He has made me sit back from the page and say to myself, “Jees, what a prick!”

And that’s no accident, I reckon. William Boyd took eighteen months over this work and he knew exactly what he was doing. You only have to look at the title of the book, the way it subliminally evokes the 007 imagery. Everything is thought-out. William wants me to see Bond as something of a prick, not all the time but certainly now and again. A necessary facet to a man who kills and risks being killed for a living.

There are several examples of ‘prickishness’ in Boyd’s Bond. He ogles the girls on The King’s Road like some ageing lecher. He breaks into a woman’s house and lurks watching her get undressed before sneaking away. He gets over the loss of a colleague and friend with shocking speed.

But, for me, there’s one moment which stands out. The moment when it finally got to me and I saw Bond for the prick, the gobshite, that he undoubtedly could be. I’ll tell you about it because it doesn’t really ‘spoiler’ anything at all.

At the start of Chapter Nine, Bond is in Washington DC and he fancies a treat so he asks where the best steak restaurant in town is and he goes there, getting a table for one. He orders that a tray of materials be brought to his table; olive oil, red wine vinegar, mustard, garlic, sugar and a whisk. Then, in the very best steak restaurant on town, at his own little table, he makes up his own vinaigrette for his steak.

Here’s what I did with this information. I imagined I was the head chef in this best steak restaurant in Washington DC and I imagined the waiter coming in and ordering all of this stuff.

“He wants to do what? In my Restaurant?”

I pictured the chef peeping through a crack in the kitchen service door, watching this guy with the comma of hair falling down on his forehead, mixing up his little sauce like the saddest fuck in all creation and I said to myself what I figured that chef would have said.

Ten minutes later the waiter is back in the kitchen, looking nervous.”

“What does he want now?”

“He wants half an avocado pear.”

William Boyd’s novel ‘Solo’ is an accomplished entry into the James Bond canon.

I enjoyed it and hope he considers writing another.

Your blog has made me root through the considerable library of books I have in the house, to look out William Boyd. The reason I wasn't sure if I possessed a book by this author is that, since moving to Crete, I have inherited this library from various sources. Starting with a supermarket plastic bag of cast offs, I have a reasonable collection of some 2000 (approximately) now. I operate a library from home for any interested ex-pats, who borrow a book, and then invariably bring back two. I used to be quite particular about keeping records of comings and goings of titles, but that fell by the wayside a few years ago. Hence the search. I came across 'Restless', which I don't recall reading, although the cover is familiar enough to suggest I have. Be that as it may I shall look forward to the story unravelling or re-ravelling (?).
Can't say anything about fictional Bond unfortunately, as I have never read any Ian Fleming, heathen that I am.
I'll let you know what I thought of Boyd, at a later stage; that stage being when I've finished the book.

The character of James Bond is a little like the Time Lord in Doctor Who; each actor to take on the role has added a little something of himself and also drawn from the earlier versions. Despite his seriousness as soon as Eccleston smiled it was impossible not to think of Tom Baker’s mile-wide grin and I’ve seen a few brief clips of Capaldi’s take on the Doctor and there’s definitely a hint of the outright nastiness of Colin Baker there. But back to Bond. The last Bond film I saw—despite all your encouraging I’ve still not got round to watching anything more recent—was Roger Moore (who interestingly first played Bond in an episode of the comedy sketch show Mainly Millicent in 1964) although I’ve seen enough clips to get a feel for all the others. Moore was too suave for me as were Lazenby and Brosnan and don’t get me started on David Niven! Dalton was better—he had the ruggedness that Connery had—but although Daniel Craig has that too he’s a bit too ‘Dark Knight’ for me (and, of course, there’s another character that’s been presented in so many different ways over the years but I doubt many think of Adam West as the definitive caped crusader). I’ve never read any of Fleming’s novels nor do I expect too any time soon; the snob in me is very resistant. I’m having the same problems with Agatha Christie but I’m finding it even harder with her because I have seen every screen adaptation of her work going back to the seventies and probably a lot from before that too. I’m just not that interested in crime or spy novels; I watch enough on TV. The exceptions are McIlvanney’s Laidlaw trilogy and I think I’ve read all le Carré’s ‘Smiley’ novels. But that’s it. Connery commissioned a script from McIlvanney—he took a shine to playing Laidlaw—and I can see him in the role but after Sir Alec Guinness who could possibly improve on his interpretation of George Smiley? James Mason’s tackled the role—I can imagine his performance being respectable—and Denholm Elliott, although his characterisations in general were always a bit on the nervous side for me. I watched the latest film version of Tinker Tailor Soldier Spy and although I generally admire Gary Oldman’s work his Smiley didn’t impress me but then the whole film felt rushed compared to the BBC’s lavishing seven hours on it.

She was either ashamed or proud of the fact that she had never read a Bond novel nor, indeed, had she ever watched a Bond movie.
She did, quite frequently, do a bit of referring to herself in the third person which made her think, fleetingly, that it was just possible that she'd been missing out.
Then she thought "Sod it" and considered herself to be too damned old to start worrying about the absent chunk in her literary and cinematic portfolio.
She did, as ever, enjoy your blog.