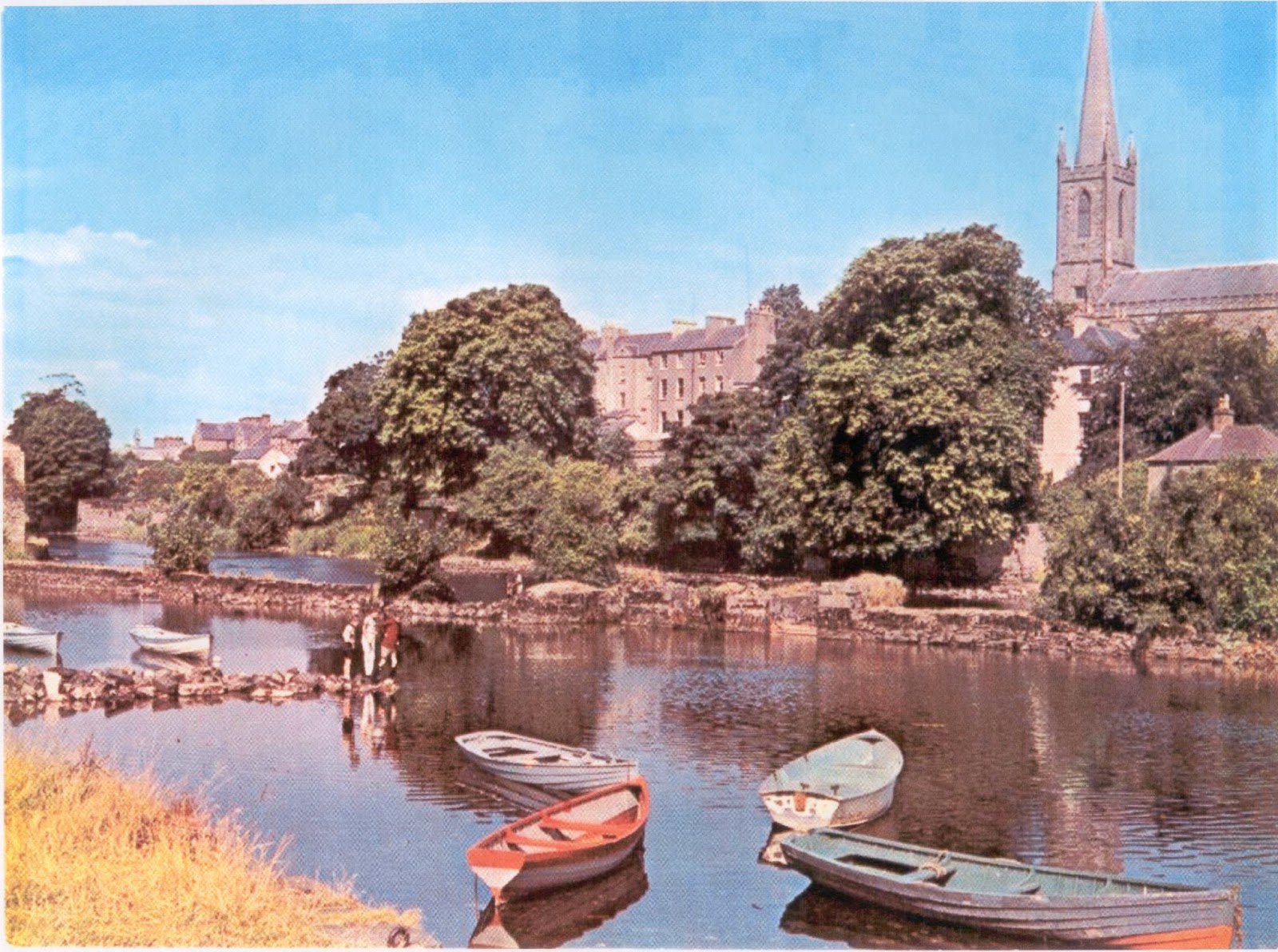 It happens quite often.

A song will take me back to a time or a place in a flash and in amazingly vivid detail.

It happens quite often but I wouldn’t always jump to write the memory down. In fact, I think I’ve only done it once, here. It’s almost too easy to do. The evoked memory rings crystal clear such that it’s the simplest task to write it down and slap it up on the blog here.

The reason I don't is simple enough. I don’t reckon that things which are easy to write are always easy or enjoyable to read. Witness the person who dashes off a page or two of something that has just occurred to them and then shows it around everyone to read. It might be ambrosia to the writer but it probably ain’t going to set the rest of the world alight. It’s self-indulgent, you see, and that’s what posts like these are; the ultimate self-indulgence. They are probably more suited to some private diary, locked up in a drawer somewhere and only pulled out to act as an aide memoire when normal memory has failed or, indeed, after all memory is gone.

As a further aside, I wish the songs that evoked things for me were a bit ‘cooler’ or something. That would make for a more vibrant piece too. But it doesn’t work that way, does it? You don’t pick ‘em, they pick you.

Where to start this time? The song or the memory? The memory or the song?

In 1976, I was thirteen and still being hauled along for every family excursion that was planned. I was still too young to be left home alone, it seemed. This wasn’t a problem. As I recall, I enjoyed the excursions.

Over that Summer holiday we would all regularly go and visit some friends of Mum and Dad’s who lived in a house out by the seaside. We would set off after our tea (which, in case you don’t know, happened at six o’clock in the evening). These friends had kids of their own who were a year or two off my age, enough that we would spend our time kicking around aimlessly while our parents drank tea and chatted across the television noise.

The first part of this evoked memory is the impatience I felt, in that Summer of ’76. The need for this visit, pleasant and all as it was, to be over and for us to be on our way home again.

Back to the River.

Because, yes, I had the River in my blood that Summer.

Did you ever see where I grew up? It was a council terrace house, nothing big or fancy, but it was in a great place. Right across the road from the river. You only had to go down the garden path, across the road and you were, literally, in the river. Perhaps, then, it was only natural that the river would, for a short time at least, capture my imagination and my energy. It had captivated my Dad for every day of his life so why not me, if only in a fleeting way?

Across the road, the river was split by a weir which cut along its length for a hundred yards or so. The old photo shows it (it also shows my two older brothers, out on the rocks). This stone weir split the river into what was known as the ‘Back River’ and the ‘Front River’. The Front River was there for all to see, wide and slow-slowing, little boats dotted all along its way. But the ‘Back River’ was different. Not everyone could see it, not clearly anyway. You had to get your waders and tuck your jeans into the bottom of your socks and you had to wade across the front river, climb over the weir and down into those faster-rushing currents which lay beyond.

I wanted to get home that evening before the dusk grew too deep. I wanted to be in the Back River for ‘The Rise’.

Late in the evening, on the Back River, the small trout who lived there would ‘Rise’ to take the flies that were landing on the water. It was a united effort for the trout and you could pretty-much set your watch by it. The trout were pretty tiny and they would throw themselves bodily out of the water in their quest for the fly. In quieter pools, they would sit beneath the surface and suck the flies down, causing only the slightest circle to appear on top.

For a time, that Summer, all I wanted to do was to wade over there and be in among the rise, all by myself. Well, almost by myself.

I had my radio along too.

I had a tiny transistor radio with a circular dial on the front and a black leatherette case to hold it in. In my memory, I brought my radio with me down the Back River. (I say, ‘in my memory’ ‘cos I can’t be sure of such things anymore). I kept it in my pocket, the volume down low, and tuned to Radio Luxembourg.

That’s where I heard the song that inevitably whips me back to those moments, in the dusk, in the river, down among the rise.

The song is ‘Let Your Love Flow’ by The Bellamy Brothers.

Maybe it came on the radio while I was down there, alone, in the river. That surely must be it. Whatever the reason, this transient, largely-unremarkable song whips me back to my thirteenth year with astonishing potency. I can feel the flies catching in my hair, the suck of the rubber waders on my calves as the cool river tugs on them, the clean brown water replete with the hint of tiny fish moving within.

It just takes me back there, that’s all.

And, I guess, it might say something about me too. Who I was, back then. After all, it was the long, dry Summer of 1976. The Olympics were about to start, The Sex Pistols were fuelling media rage, and there was I, on my own, in the back river, watching the rise, not caring if I never caught anything.

Perhaps these memories come to give us a little context for our lives. To remind us who we were and where we came from.

Perhaps it was just a song. In a river. Long, long ago.

Rivers—well, a river—also features in my childhood. A river ran through our town and so my life was spent crossing it. It didn’t divide the town the way they can in some places (the South Side—south of the river—is definitely where the poorer areas of Glasgow are) but it was always there. Sometimes it flooded and that was always fun but mostly it was just there. Like you I lived in a Council house and all I had to do was walk out our backdoor, circumnavigate or clamber over the billboards at the back of the house, cross a field and I was there. There were the ruins of an old power station and a salmon leap and my childhood was pretty much spent wandering up and down its length, the part of my childhood that wasn’t spent down the beach. Water clearly attracted me although it also frightened me and I never learned to swim until I was about thirteen and not very proficiently; I never liked my face being under the water so I mastered the breast stroke and that was me. I never went fishing in the river—we did that down the harbour (or Dad would drive us to Troon)—but there was plenty of slate around which was great to send whizzing across the surface of the water, dirty great sheets of the stuff.

I’ve had a few transistor radios over the years but I have no recollections of taking them out of the house. So I have no music to associate with my river I’m afraid. I turned seventeen in 1976 and yet oddly enough I tend to associate the punk movement with the time I moved to East Kilbride just before my nineteenth birthday by which time it was winding down and the first of the New Romantics were starting to appear. I know people say that the sense of smell is closely linked with memory, probably more so than any of our other senses, but maybe because I don’t have the best sense of smell—nor do I have a refined palette—these don’t really trigger memories for me although these are the exceptions like Battenberg cake or Victory V lozenges. But music is a different ballgame entirely. Can’t say The Bellamy Brothers do much for me though although ‘If I Said You Had a Beautiful Body Would You Hold It Against Me’ is the only song by them I really know and it does remind me a bit of a certain time in my life.