Among the Things I Cannot Do 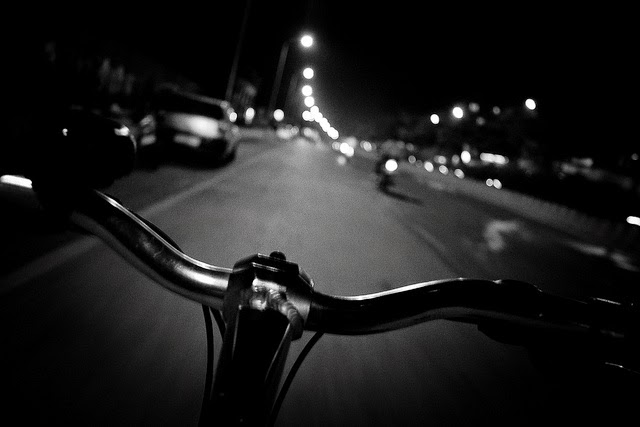 I injured my knee this week.

Well, in truth, it’s been injured for two or three weeks now but I've been ignoring it as much as I can. Things just came to a head this week when I bent down and my knee crunched excruciatingly out of shape such that I couldn't get back up again. This had to happen three ever-escalating times before I really started to pay attention. That’s how bloody useless I am.

The Doc said it was cartilage stuff, on account of my well-documented attempts at jogging over the last few years. I reckon my jogging days may be over, which is a bit sad-making but we’ll see. Let's get things back in shape first and then see where we are at.

It was the Doc’s next suggestion that brought to mind this ‘Thing I Cannot Do’. When he proposed that I go and do it after I heal, I smiled and nodded as if it would be the very first thing on my list after I got out the surgery door. When it came up in more casual conversation the other evening, I felt I should be more up-front about it, as I usually am.

“You know what you should do?”

“You should take up cycling.”

“I can’t cycle. I never learned how.”

It’s true. I never learned how to cycle. It’s one of a long list of basic things that I cannot do.

I don’t really know why this is. All my peers were cycling all over the place when I was a kid and my older brothers were all cyclists too. I guess I just got missed-out in the bicycle-tuition allocation and I was not the type of kid to volunteer myself for anything of the sort.

It’s certainly not down to a lack of balance. I can roller skate and ice skate and I used to ski really quite well. I should be able to do it but I just never have. Also, of course, people have tried to teach me from time-to-time, usually when they’re a bit pissed.

“Here’s a bike, there’s Ken, we’ve all had a few… let’s teach him to cycle. He’ll thank us in the morning.”

It’s brought some problems too. I remember starting in a new job in London and the boss telling me to rush up the high street to get some photos developed. “There’s a bike outside, just take that.” That was quite an unimpressive first day for yours truly, when I had to admit to one of the things I had left off my CV.

In recent years, I’ve tried it myself, out on the quiet cul-de-sac I live on. My son got a bike that was a nice, manageable, size so I took it out there and rode it for a bit. And, yes, I was actually able to ride it for a bit… so long as it was in a straight line. When it came to turning around, I was completely lost and fell over with impunity. It’s just not to be.

So here I am, knee buggered and, one thing is for sure, I won’t be taking up cycling as an alternative exercise any time soon. I’ll be okay though. I’ll just walk twice as far as I used to jog and see how that goes.

I’ll get by without cycling, just like I always have. Only one odd thing will doubtless remain. A strange little feature of my life that has always seemed to be there.

While others sometimes dream they can fly, I only ever dream that I can ride a bike.

I think you just need a little bit of cycle training. My niece was over 10 when I realised she couldn't ride a bike. Tried teaching her... disaster. Paid for a cycle trainer... she learnt in under an hour. I'd paid in advance for 2 hours, so we spent the rest of the time on some on-road training. It works for grown-ups too I'm told.

True I haven't been in your position because I learnt to cycle as a small child, BUT I only learnt to drive in my 40s. I needed double the number of lessons, but I got there in the end. Always worth learning new tricks!

I believe this issue has reared its ugly head before. You’re in good company: John Cleese also never learned to cycle. (See my blog here.) I, however, can ride a bike although I was a slow starter: my first bike had extra thick tyres and stabilisers. Eventually I got to the stage—years and two real bikes later—I could cycle around the estate without touching the handlebars (and that includes going round corners). Haven’t ridden in years though and wouldn’t mind taking it up again but we really do have no room to keep a bike. Nice place and all but not a lot of storage space which I find odd for an ex-Council flat since the other two I had had huge walk-in cupboards. When I worked in East Kilbride I bought a bike and cycled to work for years. Often I’d go all the way into Glasgow but that hill back was a killer.

Now as for things I can’t do… I can’t skate or roller skate. My brother can and I suppose my sister can but I don’t have any clear memories of her skating. I was taken round a rink once with a very pretty girl on either arm but even that wasn’t enough to encourage me to persist. The fear of injury was too strong—why then especially I’ve no idea because I’ve done riskier things and not batted as eye—but I suspect the fear of falling and embarrassing myself was even stronger; I do not like to be the centre of attention.

I’ve never jogged. Not for any distance. I’ve had asthma all my life and although I never let it restrict how I lived my life—I just made sure I always carried an inhaler with me—jogging takes too long. I can run for short distances—I was fastest in the school over 100m—but 200m was about my limit by which time I was generally gasping for breath. Now I exercise… well, I don’t; there’s no point beating around the bush. So the truth is I probably can’t jog any more. I do take care of my health in every other respect—managed to get my weight down to 12st 7lbs when Carrie was in America last—I get plenty of sleep in a day even if it is in stops and starts and we both eat a very healthy diet. If we moved, not that that’s something we’re talking about, I’d like a place with more storage space and I would get a bike unless by the time we do move I’m too old and fragile to risk my life on one. That would make me a little sad.

I can swim but not very well and I was a teenager before I learned so there’s no reason why you couldn’t learn to cycle now. We do things as adults because we’re health conscious. I think of my coffee sans sugar sans milk sans caffeine basically as medicine. If a kiwi fruit appears in a bowl along with my dinner I wolf it down just as I would a handful of pills. And when the envelope arrives with the stool-testing kit I do the necessary because that’s what you do. You submit. So don’t be a berk and buy a bike.

You can write flawlessly though and not everyone can do that.