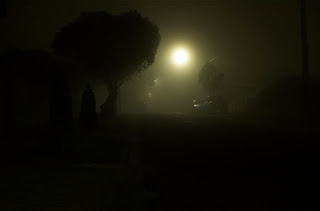 I’ve never been a fan of the notion that we had previous lives before this one. Mostly because it’s bullshit. You know what I mean, that thing you see in movies sometimes where a hypnotist (usually a young Anthony Hopkins) takes somebody back to who they used to be a long time before they were born.

Rubbish. A dramatic device at best. I had some further proof of this, not that I needed it, when I was entranced by a stage hypnotist in my younger years (I wrote about that in more detail here) and he ‘took me back to a previous life’ by muttering prompts at me which I duly repeated. I don’t believe there was a previous life, I don’t believe there will be a next one. But I’ll respect what you believe, so no worries about that.

Take the moment of birth as the limit of how far back you can go. You’re not going to get too much good stuff before then. How far back can you go? In short, what is your earliest memory?

Don’t just reel it off , your earliest memory that is. I know you’ve got one in your head, the one you throw out whenever someone asks you what your earliest memory is. That’s not good enough for this exercise. You have to stop and think for a few moments. Think hard. Put that well-worn early memory aside and find another one, an earlier, cloudier one.

We don’t remember all that much, do we? It’s a bit saddening to reflect on that. All the nurturing, all the love, all the utter safeness and warmth of those earliest years are really not retained by us, on a conscious level at least. I mention things to my kids these days “You must remember that,” I say but they don’t. They were just too young to retain it. At least our parents retain memories of their early love and protection, that’s some consolation. Alas my own parents are gone now so my ‘memory keepers’ have gone too. Perhaps this, in itself, should act as a sort of an encouragement to remember more, to remember better for ourselves.

So what about me? What can I remember? How far back can I go?

The memories I have landed on tend to tie in with famous moments in history so that I can validate them. There are obviously lots of memories that don’t relate to songs or TV or such but I cannot place them accurately in time so they don’t help me much with this exercise. I’m fifty now so I was born in July 1963 so I was five months old when John F Kennedy was assassinated. No, I don’t remember it first hand.

In 1969, I was six years old and it’s easy to remember the ‘First Man on the Moon’, my namesake Neil Armstrong. We had our black and white telly but it had a blue magnifying screen fixed to the front of it to make the picture bigger and, um, bluer. I remember the whole landing thing taking far too long and losing interest in it intermittently…

In June 1968, I was four. I clearly remember a man being shot and the house being in uproar that it could ‘happen all over again’. My memory is that the man was walking up a huge wide flight of stairs when he was killed. This is patently incorrect. Robert Kennedy was in a hotel kitchen when he was gunned down.

In 1966, I was three. I clearly remember having green and orange election leaflets and stickers for Eamon DeValera. We played with them. Research tell me that this was the year in which DeValera ran for his second term as President of Ireland.

Back… further back… as far as I can go…

Okay, deep breath. I remember being in my pram in our living room and our neighbour, Mrs Hopper, talking to me in the pram.  What age was I in my pram? One? Two? I don’t know.

These are my early memories or some of them at least.

But, wait a minute, are they really real?

That’s a good question. Are they actually real?

I think some of them are not. Take the ‘Mrs Hopper and the Pram in the Living Room’ one. That’s not a real memory, I reckon. If I was that young and in the pram, how would I have such context on the memory? I would just remember a big face peering in at me. I would know nothing about a pram or a living room, all of which feature in the mental picture I have of the memory. As I think more about it, I reckon this memory is real but is from when I was about five and it was actually my little sister who was in the pram and I was a witness to it. I’ve just put myself deeper in the picture than I actually was. I reckon that’s probably close to the truth of it.

And I’ve saved my oldest one for last. There are bars and I am holding on to them. They are the bars of a cot. The cot is not in my home, it is in a hallway. People are walking by. I am sitting and holding onto the bars and peering out through them. I am singing a song or at least making the noises I can to represent the song. The song is ‘Walking the streets in the Rain’. A woman in a white uniform stops and smiles in at me, “That’s a lovely song,” she says and then she moves on. In 1965, that song was the Eurovision entry for Ireland. In 1965 I was in hospital for a small operation. In 1965, I was two years old.

That, I reckon is as far back as I can definitely go.

But I could of course be wrong.

The earliest most of us can go back to with any sense of certainty is three—I saw a programme on TV recently (an old Horizon I think) which explained why (the hippocampus and prefrontal cortex, two key structures in the known to be associated with the formation of autobiographical memories, don’t develop into mature structures until around the age of three or four)—and my earliest memories definitely date to that time. Both include fireworks which is perhaps why. Beckett insisted he could remember being in the womb. He told Peggy Guggenheim that he had, in her words, “retained a terrible memory of life in his mother's womb. He was constantly suffering from this and had awful crises, when he felt he was suffocating.” Not only did he have these generalised memories; he had, he said, a particular memory of being at the dinner table in his mother's womb shortly before birth. There were guests present and the conversation was, perhaps needless to say, of the utmost banality. David Chamberlain published a book Babies Remember Birth with many astounding "scientific discoveries" but I’ll stick with the BBC. As for previous lives … nah. Whether we can inherit memories is another matter. I’m sceptical of course but at least there we have a genetic connection; our mother literally grows our brain. Again I defer to the Beeb.

I have an actual photo of that memory. And no, it is not the photo which helped me retain it, it's the actual event.

Mom wanted her first born to be a ballerina, therefore dressed me in a leotard, tights and tutu, and sent me down the driveway for a photo. The only thing missing was shoes. I can still remember how hot the white sand in our driveway was, how the pine needles pricked the bottom of my feet.

As an adult, I claimed to remember going down the driveway for the shot, but Mom told me I was remembering the photo. When I told her where she was standing when the photo was taken and that she was using a boxie Brownie camera, she turned slightly pale as she muttered it wasn't possible for me to know that.

I once read that if your senses can reinforce an experience, a memory is easier to reclaim. Hot and prickly to my little feet did it.