Ask Me What is My Favourite Book… 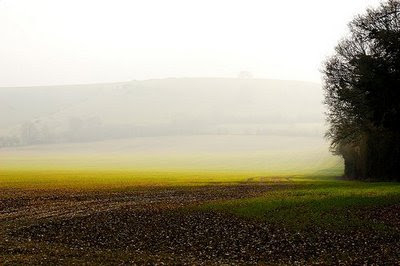 … and I’m most likely to tell you that it is ‘Watership Down.’

Richard Adam’s master work is certainly right up there on top of my list.
But it not the mere reading of the book that has pushed it so high up in my reckoning. There are so many other factors at play: my age, my level of expectation, even the place of reading and the weather.

I would probably have been aware of ‘Watership’ Down when it was published in 1974 even though I was only 11 – I was just that kind of child – but it was when I saw a copy on my science teacher’s desk circa 1976 that I became interested in reading it. My science teacher, Tom Rogers, didn’t strike me as the reading type but the book was beside his satchel for a period of weeks and I used to steal glances through it when he wasn’t looking. (I later came upon ‘The World According to Garp’ in the same way but it was a stand-in teacher who was reading that one).

Those rabbits put me off at first. I wanted mystery and murder and laughs and rabbits didn’t hold much promise of any of that. But the book was intriguing, there was crowded typeset and earnest reviews and the cover showing a rabbit head in profile was striking enough that I felt it would look good at my bedside.

So I saved up my money and at the start of my summer holidays I was able to buy it.

The opening lines had me worried. From memory, it was all about fields and flowers and sunsets - such that I began to wonder if I could get a refund for some comics instead. Before long, however, the story kicked in, the characters sprang to life and I became completely and utterly entranced.

I remember us making one of our family excursions to Glencar Lake. Dad fishing out in a boat, Mum making floppy ham sandwiches and me… me buried in my book, impervious to my surroundings.

Except that last bit is not true at all, I may have thought at the time that I was impervious to the breeze in the long grass and the threat of a shower rolling in across the lake, of the bee landing momentarily on the page or the long indifferently-weathered summer weeks stretching out ahead of me.

But I wasn’t. These things slipped in between the pages and the lines and the words and became as much a part of why I love this book as the words themselves.

And who can not love this book, to some extent at least? How can any of the myriad fans of Lord of the Rings not also see the same questing, adventure, mythology, crisis and heroics in this wonderful novel?

It is my belief that many people’s perceptions of this book are adversely coloured by the animated film which was adapted from it. If it were an outright ‘bad’ film, the damage would be limited but it is, in fact, an earnest but ultimately rather boring and ‘average’ sort of a film and that is infinitely worse for the book. People remember the ‘cartoon’ and can’t be bothered to try the book – having seen the film, I can’t blame them for that.

As an adult, I was afraid to return to Watership Down after my childhood reading, for fear that I would be disappointed, but I did brave it again about five years ago when I read it aloud to my then-seven-year-old. I surprised myself (and please don’t tell anyone this) by reading the last line, closing the book, bidding my son good night and then crying just a tiny bit.

I don’t think that piece of silliness was on account of the resolution of the book or the fate of any of the characters therein.

I think perhaps, for a moment, that bee landed on the back cover again and the lake breeze of my teens eased one final time through my hair.

I loved it when I first read it, about the same time you did (if many miles away). I never read it again however; it might have been the crying at the end (which I remember more than the story!)... but I always had a soft spot for rabbits ever after.

I think I'll re-read it, now that you've brought it back to mind. I might be old enough to handle it by now? LOL

Now, I want to read the book Ken. Based on your description it seems the kind of read during a long, luxurious, summer month.

Susan: I think you'd like it all over again. That end is even sadder now tho'. :)

Jena: The 'rabbit thing' might not work for you. You're such a grounded person. :)

I started it and got bored, as am I far too wont to do. I do plan to read it again someday, but meanwhile, I enjoyed this blog post very very much.

Oh my do I love this book...I have read it over and over. The things I see in it as an adult are very different from when I was a kid. I still sob at the end.

Fiendish --- if you absolutely won't read the book- but you should, then by all means rent the video --- it's gonna make you WANT to read the book

That was possibly the most beautiful review a book has ever had. :) I have a book like that but I can't remember the author's name or the book title. It wasn't a famous book that I could hope to see somewhere on a shelf. It was about a ghost named Miranda and I read it over the summer, sitting on the wide front steps of our frontyard or a blanket pulled under one of the trees in that same yard. I remember squishing a bug between the pages at some point because it was far too persistent than any bug should be allowed to be. My Mom brought out water before it came in bottles. A friend came over and interrupted my reading. My brother and I went for a bike ride but Miranda was on my mind until I could pick up the book and read it again. When I finished the book I vowed I would name one of my daughters after Miranda in the book. I'd like to find the book again, even though it might not stand up to my memories of it. When I was a few years older I read Shirley Jackson's 'We Have Always Lived in the Castle' and that one I have found on secondhand bookstore shelves and read again. It is funny how some books really stick with you.

I might have read it. I'm not sure. It was a long time before I saw the film. In fact the last time it was on TV was the first time I'd watched it the whole way through. It didn't excite me and, even accounting for the fact that it may well be not the best adaptation, I still feel no great urge to read it again. It's the rabbits I think.

I do remember reading The Plague Dogs. That I enjoyed which is strange because I'm not really a dog person.

I had a look on Amazon to see what else he'd done. The Girl in a Swing sounds interesting - no cuddly animals whatsoever - but at 400 pages it's a bit on the long side for me.

Strange how we follow each other (I have the same experience very often with Jim): I have recently blogged about how Le Mort D'Arthur stuff at school put me off Sir Gawain and the Green Knight, not for years, but for decades, and I can also report that those pesky rabbits put me off Watership Down for yonks. Interesting post, though, and I would also agree with you in saying that it would now be close to the top of my list also.

Fiendish: Exams nearly over. Will you come back to us? Hope so. :)

Vettech: I agree with you on everything... except renting the video... don't do that people. :)

Laura: Thanks. I think I went a little over-mawkish.

Jim: The Plague Dogs is a very good read. Well, it was back when I did...

Dave: If I could follow you, I'd be all right I think. You're doing great work over there. :)

oo I so remember that book and impressed myself when I read it in Grade 6 (because of the sheer thickness of the book) I also recall telling the interviewer at a Private school I was trying to get into that "Watership down" was my favorite book. I expected an impressed feedback, but he wasn't. That book was read at the grade 4 curriculum.

I was given Watership Down as a Christmas present some time in the late seventies, by an aunt who knoew I was a big reader. It absolutely blew me away, an amazing and moving story and a cast of great characters. I read it many times throughout my childhood, unusually for me, till eventually the book fell apart. No other book has ever affected me so much. I read it again as an adult and still loved it. You are right aboout the film, definitely didn't do it justice

I recommend Duncton Wood by William Horwood, in which the main characters are moles - he has created a magical world full of adventure, wisdom and they even have their own religion. -Also The Little Grey Men Go Down The Bright Stream by BB - a delightful read as miniature folk have to move on, I remember one has an acorn cup and stalk as his false leg!

Read Watership Down when I wad 12 and loved it and lived it. On the very rare occasions when I have failed to avoid a rabbit on the road I have felt sick and literally cried at the thought of Fiver & Bigwig and the devastation I have caused to their little community.
Can't believe Bees has recommended Duncton Wood already. I WAS GOING TO DO THAT. Is also marvellous. Read it as an adult and enjoyed it enormously. Your kids would love it Mr Ken.

I read the book when I was about 14 and loved it. Circumstances have brought me to live in Hampshire,to the same small town as Richard Adams lives. He's now in his 90s but always has the time to speak when we meet him in the lane. I also have the delightful drive over the real Watership Down every day to get to work and I can assure you that it's as beautiful as Mr Adams wrote about.

Frinster: Thank you for that. Send him my regards when next you see him. His book lives with me.