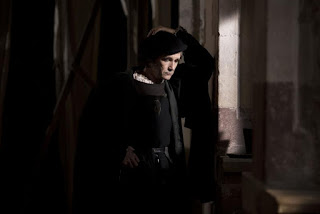 It’s nothing really. A mere bagatelle in the overall scheme of things. How I read a book or don’t read a book will not stop the Earth from spinning anytime soon, it will not save the bees.

But here’s the thing.

I’m always reading a book. Like a big smoker, I can’t get by for long without having one on the go. Mostly, I read at night and I value my reading time as an important thing. But, this year, it’s been a little different.

I guess it’s a lockdown/pandemic thing. One of many. Or maybe it’s just the particular ones I’ve read. Maybe if I’d read those ones at any time, the effect would have been the same.

I don’t think so though. These times we live in, they’re almost certainly playing their part.

I suppose I have been taking a little bit more time to read. Whereas, previously, it was bedtime reading, I will now sit on the couch and read if I get the chance. As a result, I’m getting through my books a little more quickly than I normally would. But that seems counter-intuitive, doesn’t it? You would think I would have less reaction to the books if I were racing through them faster than usual. And, as I said, that’s simply not the case. They hit harder.

Here’s some of the books I’ve been reading and what they’ve been doing to me:

A Crooked Tree by Una Mannion. This was one of the most recent books I’ve read. It’s our current book club book and written by a person with strong Sligo connections. I thought I knew what I was going to get here, from the back cover and the word of mouth and the first chapter. I thought I was on firm ground. But the book went somewhere else, I won’t say too much about where. Suffice to say, it became a larger portrait of adrift family than I was expecting. In this case, it was the ending that hit hard. As the book progressed, I became aware that there was something I wanted to see happen. As the possibility of it happening (or not) drew nearer I became more and more involved such that the resolution moved me quite a bit. In normal times, would I have just read it and nodded sagely and moved on? I’m not sure.

The Mercies by Kiran Millwood Hargrave was an earlier read this year. I didn’t think it was for me. It was all a bit bleak and dour. But a new character coming into the setting brought me along with her and I became immersed in the fervour and ambition and hatred and cruelty of it all. I came away from it having been touched by it.

Shuggie Bain by Douglas Stuart. Well, I mean, who wouldn’t get hit by this one? Even in normal times, the story of Shuggie and his troubled Ma would mess anybody up a little bit; and me? Well, I was no exception.

Esther Waters by George Moore. This is when I really knew I was in trouble. Another book club selection. There is nothing like being in a good book club to keep you reading things you would never read in a blue fit and it is an immensely rewarding thing. We chose Esther Waters because we were reconnecting with a lovely book club in Boston, who like to read Irish Writers, so we chose Moore ‘cos he only lived over the road (so to speak) and the title was easy to access in our hard lockdown. In regular times, this one wouldn’t have touched me at all. There was a rough-and-ready aspect to the prose and an overall unedited quality which would have thrown me out of the story completely. Plus, the writer seemed much more interested in driving home his societal points than in keeping me, the reader, on-board engaged. Nonetheless, the trials of Esther and her roguish husband, who turned out to be all right really, caught my heart a little when normally it never-ever would have.

Migrations by Charlotte McConaghy. I've just finished this one. I bought it for Patricia for Christmas after deliberately going looking for a book I've never heard of but which is much admired in online reviews. This seemed to fit the bill perfectly. I really liked this though I had a reservation or two. As a West of Ireland person, I found those parts rather suggested the experience of a writer who had visited there rather than actually lived there. It's a subtle thing. But, overall, the vision of a near-future world, where so much has been casually lost to us, was troublng and moving.

Why is this happening: this increased involvement with the books I read? Lockdown? Old Age?

I think it’s a little bit of all those things… plus one other.

The ‘other’ bit is the book that hit particularly hard, right when I least expected something to do that.

A little background to that. I watched the TV series on the BBC when it first aired a few years ago. Then, when it was repeated over a few nights in the lockdown, I recorded it on impulse in case I fancied watching it again. Then I did indeed watch it again, by myself, and liked it even better the second time around.

Wolf Hall by Hilary Mantel, the story of Thomas Cromwell told with the man himself at the very centre of the tale.

When I finished the series of Wolf Hall for the second time, I still wanted more. I knew that the series had covered the first two books of the trilogy, so I got hold of the third novel and launched straight into it. Slightly cheeky, perhaps, not reading the first two first, but I just wanted to continue the narrative and to go on spending time with the enormous central character, Thomas Cromwell himself. Kudos must be given here to Mark Rylance, who brought Cromwell to life for me and stayed with me for everything that followed.

Immediately upon starting the third book, I was fully immersed. I knew the characters very well now and had strong images of them based on the TV I had watched. It’s a big book and a heavy book. I had a bit of a hard time reading the first quarter of it in bed and elsewhere. It kept toppling over. But after the quarter mark was reached, the physical book gained a manageable equilibrium and on I went.

The experience of reading the book was... odd, and I think it’s coloured my reading since. I just became heavily involved and, when it came to the latter part of the book, a time of abandonment and betrayal, it was almost too much to bear. This is a compliment to the extraordinary writing of Hilary Mantel, who kept me front and centre in her extraordinary vision of Cromwell’s mind. But I have little doubt that the times we are living in added an extra drop of vitriol to the pot. The entire thing read like a vast metaphor for how we invest ourselves in things in our lives and how we hope for the best in doing that. We nail our colours to some mast or another and hope they don't fall in some future storm. When Cromwell came towards the end of his tale, I travelled his road with him and felt ever-so-slightly and inexplicably bereft when I closed the book for the last time.

Was it the writing, was it my fecked-up brain or was it just the times we live in? Who knows?

All I know is that I’ve gone back now to the first novel and am walking the earlier parts of Cromwell’s road again. A scheming British muscle man of the monarchy has become a bit of a friend to me. God only knows how that happened. I’ll let you know how the journey progresses, this time.

And, if you are on the lookout for a good read, most of the books I’ve mentioned above might serve you well, except possibly Esther Waters. You mightn’t thank me for that one.

Must find some eggs.

I love reading but I almost never find the time for it anymore. On holiday I'll generally read two or three books but I simply never make the time at home. I have some four dozen books that I've not even opened, and I continue to accumulate them. Reading is a habit that I must get back into.

The right book can be a real addition to everything, J.

This year has been a bad one for me readingwise. I've read one book for a friend and it was a job of work I'll tell you but I felt duty-bound to give it the old college try. Other than that nothing. I did start a book before we left the flat as I was enjoying it but I've not even picked it up in the five months we've been here. That said I am writing poetry like it's going out of fashion and long may that continue. Writing is a hundred times better than reading. I have gone long periods without reading before which is why I'm nowhere near as well read as I'd like to be or people would imagine I am. If I'd lived my ideal life I'd be a college professor now with a library five times bigger than the one I have just now and I would've read every damn book in it and... and this bit is terribly important... I would have remembered it all. I look at my book's on Goodreads occasionally and there're so many I remember nothing about: absolutely, completely, totally and utterly nothing. What was the point? I've started writing music again too. Three tunes so far since we moved but not one I can play all the way through without a mistake. I need to practice more but I don't have the time. I mean I have the time but I sleep through most of it. Back to being awake for half the night at the moment but the nice thing about the new house is it's thick walls so no matter what time of day or night it is I can listen to music which I'm loving. Just discovered a new composer, Jane Antonia Cornish, and I'm wallowing in her Seascapes at the moment.

I'm glad to hear you're writing and creating, Jim. As you say, that's better than reading. K