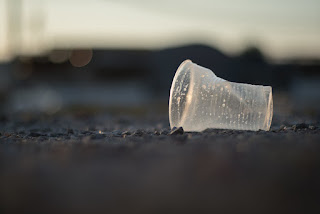 I turned fifty-seven yesterday. There was pizza and cake, and everybody was very kind, social media being no exception.

On my birthday morning, I went out and returned some overdue books via the library letterbox. I also delivered a single bag of nice quality clothes to the charity shop. (“It’s good stuff, I promise.” “I believe you.”) On the way home, past the police station, there was a superficially-roguish-looking man whose car wouldn’t start. I offered to give him a push. In my blue zip up thing, I might have looked like a policeman, albeit the scruffiest one is history, so I mimed a car-push upon my approach so as to assure him that I wasn't coming to re-arrest him or anything. Another guy, who also offered to help, started complaining about his back as soon as the socially distanced pushing began so it was mostly down to me. The car lurched, puttered, and shuddered into life before driving off with a roguish wave out of the passenger window. Job well done.

My ambitions have tempered quite a lot as the years have passed. At nine I may have wanted to play James Bond and at many other ages I might have envisaged the Oscar-winning screenplay. Now, upon birthday and lock-down reflection, I find that I only really want one thing: to leave the world a little better than the way I found it.

Not in any lofty way. If there’s a solitary piece of litter on the town green, I may pick it up and bin it. If you need a hand with your bag because you bought too much stuff in the shop, I may give you a carry. I’m not pressuring myself to find the Covid Antidote or bring home Shergar. Some littler things will do. Just enough so that an account which might be totted up at the end of the day might end up in the black rather than in the red.

Don’t get me wrong, I’m nobody’s saint, nobody’s hero. I make just as many messes as anyone else and quite a few more than most. I’m curmudgeonly and miserable at times. I don’t project any angelic beams by which mortals might find their way.

But I don’t really understand people who don’t think like this. The person who dropped the scrap of litter that I picked up. By that action, the world is now just a little bit worse. Why bother? Stick it in a bin, move on. It ain’t hard. These tiny things might not redeem us. They might not save our world. It will take altogether bigger things to help to achieve that and my fifty-seven-year-old ambitions no longer stretch toward those things.

But, if I can’t make the world very much better, at least I can make it a little less worse for my having been here.

It’s not the worst ambition to have, is it?

This small post is dedicated to Penelope O’Reilly, who left the world a far better place on account of her having been in it, here, with us.

This piece on its own leaves the world a little better. Thank You Ken.

Preaching to the choir, son, preaching to the choir. In a few minutes I’ll get my jeans on and head out to the grove of trees opposite our flat. I go out at dawn because I want to avoid people. Two or three days a week I take a wander out at first light and pick up litter; there’s always litter. The last time I tied up a foam mattress and stuck it in our bin, the time before that three bags-for-life filled with garden refuse. I left the cuttings where I found the bags—they weren’t doing any harm—but why leave three bright orange bags? How hard would it have been to dump out the grass and then stick the plastic bags in the bin they would’ve had to pass on the way home? That’s what really rankles. The lockdown has supposedly brought out the best in us and sure, some people have risen to the challenge, but mostly people have let me down the way they always seem to. I have my trusty saw sitting on the desk beside me. Today I intend to cut some tree branches the kids have done irreparable damage to. I lopped off a couple a while back but they’re determined wee buggers. There’s also a pile of timber to get relocated. Too many stakes to fit in my rubbish bin so I’ll heave them up the hill and bury them under some bushes where they can rot in peace and not be such an eyesore. I’m far from being the world’s greatest advocate for looking after the environment but I do my bit and I (naïvely it seems) expect other to do theirs; that’s the deal. The Council stopped collecting our recycling for a while and so I went out and compressed the rubbish as much as I could so there was space for others and do you know what? Nobody bothered with the blue bins. They just starting chucking everything in general waste. And then the Council said we can put out recycling again and do you know what? They’ve continued to throw their recycling in the general waste. Of course on the plus side they weren’t filling the recycling with things that can’t be recycled locally but I’d rather they did that (I always go through the blue bins before I put them out anyway) than not make any effort. I’m like you, a bit of a git (more of a fart than a git) and a helluva grump and getting grumpier every passing year but I’ve never been lazy and not sure I know how. A teacher called me indolent once and forty-odd years on I’m still offended by that thoughtless remark.

Jim, this is a side of you which I haven't seen you write down very often. It's great that you do what you do and thank you for it. K

I’ve just read over my comment. Didn’t mean to go off on one but I guess I’ve been letting it get to me. I have my interests and distractions but I’m really not a passionate person. I’m an intellectual: brain, heart and soul. And I think that’s what gets to me about this, the uncaringness, yes, but mostly the stupidity. Be careful what you wish for they say. I mentioned the blue bins. When I went out on Saturday I did a quick recce and what did I find? Two portable DVD players! I mean in what world do they expect them to be recycled? (A Swedish one, I know.) What do they think happens at a recycling centre? There was also polystyrene packing and, yesterday, an entire bin full of bubble wrap—I jest not; this is not a jesting matter—oh, and I also had to return two mattresses to where their owner has left them leaning against the bin shelter, considerately wrapped in plastic and presumably awaiting the Council resuming collection of larger items. Of course the plastic had been torn off and scattered over his and our lawns but I did my best trying not to make any noise. This all started out with me clearing the field of vision so my wife’s bird/squirrel/deer/dog/cat/fox photos weren’t spoiled, then I got caught up in it and I really don’t know how to let go. I mean people must’ve noticed the improvement but I guess the only ones who noticed or cared are the kind of people who wouldn’t litter let alone fly-tip. I think where it got me was responsibility and order. I like order. It pleases me. It calms me. I like when things have a place and know their place. Responsibility is what you were on about. We are all responsible. Few of us accept that responsibility. We might stoop to pick up our own dog poop—which I have to say my neighbours are surprisingly conscientious about and we are not short of dogs around here—but clearing up other people’s messes is another thing entirely; that’s why we pay our taxes. I don’t know. I didn’t have much truck with the real world prior to the lockdown and it’s perverse the way it’s wormed its way into my life. Did not see that coming.