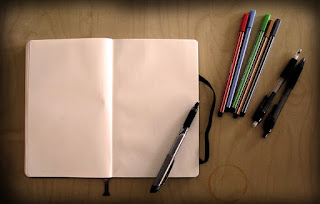 It only happens about once every year. And, here we are, it’s happening today.

I don’t know what to write about.

Generally, the subject of the weekly post just presents itself at my feet. Sometimes I have to squeeze a bit.

What happened this week? What annoyed me? What made me smile? What do I reckon I’ve learned?

The main advantage I have is that I’m never really trying to impress anyone. That’s why it’s usually so easy to do. I don’t really care if you, the reader, are overly amused, outraged or educated. Any given post is just a tile in a mosaic that pretty-much fills a wall at this stage. I have nothing to gain and not much to lose from my weekly scribblings. That all serves to make it easier to do.

It’s not that nothing has happened this week. Lots of stuff happened. Just not the kind of stuff that congeals readily into a blog post.

Oh, oh, I got my haircut. My long-time haircutters and friends in Staunton’s have organised a very tight ship where nothing is too much trouble for them and where all the fun and banter still slips through the masks and the shields. My curly hair had caused a bit of a stir 'cos I stuck a photo up on Facebook and some people thought my ungainly locks had something to contribute. It was all quite flattering, but they had to go. I’m back to the shorter hair me now and I feel the better for it.

On days like these, where I can’t think of very much to say, there is always a nagging little fear. The fear that I might say too much. It’s fine when there is firm ground to stand on when you’re scribbling a post. But, on days like these, when you venture off in search of something to write, you can quickly find yourself down in the swamp dredging up something dubious and ever so slightly manky.

Sometimes all of this rambling stuff gets cut out. The very writing of rubbish like this sometimes prompts an idea. You run with that and then this first part becomes completely redundant, a mere prelude to the actual coherent post that evolved from it. Snip it off and leave it on the cutting room floor where it belongs and… and…

I could just post nothing this week. That might be the wise thing to do. I’m away tomorrow anyway so it’ll have to go up late tonight if it’s going to go up at all. Just give it a miss. Take one of your ‘weeks off'. I think I average about 45 posts a year so there are always quite a few ‘weeks off'. Let this be one of them. Nobody minds. I know, I know.

But, somehow, in the collective scheme of things, in the weeks where I’m busy saying absolutely nothing I’m still saying something in a strange sort of way.  A blank space contributes to the overall mosaic where no space at all gives nothing.

So here we are…

The weather’s been shit. I don’t mind so much. I still remember how extraordinary April and May were and I know we can’t have sunshine all the time or we’ll just be the Kalahari Desert and who the hell wants that anyway? Today is a little better than it has been.

There are a thousand things I would be better off doing than sitting here typing this pointless shit. But I like it. I know it’s part of the process of trying to create. You have to stay in the chair, you have to work the medium. It won’t happen if you don’t.

I’ll do better next week. At least, I hope I will. Something will happen. Something will occur. A post will issue. It won’t be much good, but, sure as fuck, it’ll be better than this.

Sorry for wasting your time today.

Why are you still here?

When I started work as a trainer/assessor I was stuck on my own in Drumchapel—affectionately known as “the Drum”—and the only real contact I had with the main office was the secretary, Jane who was on the phone to me pretty much every day. And do you know what? A friendship developed. Now I’ve been friends with women before but I do tend to agree with Harry: “[N]o man can be friends with a woman he finds attractive, he always wants to have sex with her.” When I don’t think Harry makes clear enough is the degree. There’s being willing to have sex with someone and wanting to have sex with someone. {Needing to have sex is something I would’ve liked to talk to Maslow about when he was alive.) I would’ve slept with Jane had the opportunity arisen—and, don’t’ get me wrong, she wasn’t simply attractive, she was beautiful—but arranging all the pieces for that to be a realistic option was way too much hard work for me to consider it seriously. (Don’t worry, Ken, I do have a point to make and I’ll get to it eventually and, no, I’m not going to be coming on to you later.) Where was I? Right, friends. I think it was Jane who used the f-word first. (Not that f-word although her language was fruitier than mine.) And here was my response: “What do friends do?” She hadn’t really thought any further than be friends. But we already were. Some people you meet and you know within five minutes you’ll be best friends for life—you see them in sitcoms all the time—but I’m not so sure. None of my handful of actual friendships—as opposed to casual acquaintances—lasted more than seventeen years; most (and it quite saddens me as I tote up the years) nowhere near that. Although I’ve never used the expression before I do believe you can fall into friendship with someone. It’s a kind of love I know. But what do friends do? Do they have to do anything? What does family do? Mostly we hang around each other and get under each other’s feet. We go shopping and watch TV and ask each other to look at spots we can’t reach. The answer to my question to Jane proved simple enough. We started doing stuff out of work. Sometimes her daughter would come along, sometimes it was just the two of us. It was nice but it was nothing special. Simply two friends hanging out and not looking for more than that. That lasted for about four years and I haven’t spoken to her in maybe fourteen years. I found her on Facebook a couple of years back and she’s still gorgeous, a gorgeous granny as it happens.

Oh, yes, I had a point to make. The problem with online and the reason the vast amounts of blogs have now folded it that they required so much effort. You and I never do the normal stuff friends do. We never just hang. It’s what I hate about the way my relationship with my daughter’s developed. We have meetings. I don’t mean we meet up. We, or at least I, arrive with a list of topics to be discussed. Not quite an agenda but getting there. The moment has to be made the most of. And that’s not the way the sitcoms said it would be. We should be wandering into each other’s houses without knocking the door pretty much every day of the week. But we don’t; we do lunch. You and I don’t even do lunch, not even coffee. In that respect, and do I hate myself for saying this, the good thing about Facebook is not having to talk. You can post a video or a photo of your unkempt hair—what does kempt hair look like anyway?—which proves you’re alive and your friends like it or contribute a few words to prove they’re alive and that’s that. Not even half-decent watercooler moments.

To answer your last question, why am I still here? Because you’re Gogo and I’m Didi—okay, fine, you can be Didi this week and I’ll be Gogo—and you don’t need to put on a show for me; just return the ball, that’d be nice. Shame and all you’re not a gorgeous woman but probably for the best.

I'm the world's worst at returning the ball, as you know from long experience. It doesn't mean I don't enjoy or respect every contribution you make. It just so often feels like I've had my say and you've had yours and 'nuff said. I should do better, I know.

Writing the blog is something I still enjoy doing. It's a little me time in a world where there is precious little of that.

Thank heavens you still come by.

I watched Vivarium last night and thought I detected shades of Beckett in it. I wonder would you like it?