The Exact Opposite of the Wisdom of the Crowd 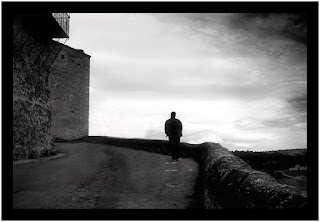 It used to be a big thing about ten or fifteen years ago; The Wisdom of the Crowd. I don’t pretend to know an awful lot about it. In fact, my main memory of it was when Derren Brown used it as the primary patter in one of his shows.

From memory, and two minutes of Googling, the theory was resurrected by a man called James Surowiecki and was possibly originally put forward by a relative of Charles Darwin in the early 20th Century.

He observed a ‘Guess the Weight of an Ox’ competition at a local fair where, although the guesses were diverse and highly variable, when all the guesses were added-up and averaged-out, the result was surprisingly accurate. Hence crowds can be wise and average judgment can converge on the correct solution.

I’m a bit like Sting in that old song of his; I don’t subscribe to this point of view. More than that, I’m not sure how anyone can, in this world we live in.

Most of the crowds I see are on the news. The crowds who voted Trump in. The crowds who voted for Brexit. The crowds I see on Social Media present themselves if I am misguided enough to leave the merry cohort of people I read and talk-to and click on one of Twitter’s ‘Trending Topics’. ‘World War 3 is here’, they bleat, winding each other up to exploding point. ‘The World is Ending. ‘The Foreign Invader Will Overrun Us’. The 'crowd' that is plain to see anywhere online is a fearful, twitchy mass that presents as neither wise nor kind.

In fairness to the theory, its success did seem to rely on situations where the members of the crowd were capable of independent thought and were not prone to being influenced by each other’s decisions. Quoting for some online thing that I happened upon, “Groups were tending towards a consensus, to the detriment of accuracy.”

So, the theory was never going to work online at that rate. But who cares anyway? Screw the theory. That’s the point, right there. Groups tend towards a consensus. And we join the groups that give us the consensus that we feel we want and need. How can there possibly be any wisdom in that?

And let’s now forget it works for the so-called ‘good opinions’ as well as for the bad. All us jolly folk, who reckon we have nice positive views, we all gather in the same places and tell each other all of our good things. And we fool ourselves into thinking we are changing anything or impacting on anything when, patently, we are doing nothing of the kind. We are in our safe room, muttering to each other, while others are in the room next door, muttering their less-palatable truths.

The trouble is all this stuff, which is the exact opposite of ‘The Wisdom of Crowd’ is viral and pervasive. When a bunch of people start shouting about World War Three because they fear it, then more join in and shout it too. Not because they know something useful to add to the story. Just because many others are saying it and now, they should say it to so they can remain part of the cohort, whatever the cohort may be.

The further trouble, unlikely but somehow true, is that when something incorrect is said over and over and over again, it somehow starts to gain credence simply by the force of its repetition. There is a danger than the not-so-wise crowd might tweet themselves a little closer to something terrible simply by misguidedly going on and on and on about it without any modicum of genuine knowledge or insight.

There are terrible things afoot in the world. We must not be mistaken about this. But the answer is not to hop maniacally from the current hot stone to the next, never stopping to think. Better, I think, to calm the fuck down and try to make things a bit better at the level on which we can effectively operate. There’s not much point in constantly panicking at some global level when the bins need taking out.

Crowds may be wise or they may be stupid, depending on where you sit. All I know is I’m trying to keep clear of them. Regardless of whether they seem to spout pointless drivel or actual gospel truth, I’m out.

If you’re looking for me, you won’t find me in the latest trending topic on Social Media or, heaven help us, on the News. I’ll be down here trying to figure it out for myself as best I can.

Using the limited wisdom of the Solitary Man.

I’ve never wanted to be popular. I’ve wanted to be liked but not at any cost. That doesn’t mean I haven’t tried to be fashionable but even when I wore what the other kids did as soon as I opened my gob it was pretty obvious I wasn’t one of them. Back in the eighties the woman who became my first wife and the girl who is still my only sister decided I needed a makeover and so the two of them came over and ransacked my wardrobe: Out! Out! Out! Oh definitely out! I was instructed to buy a whole new outfit—you remember the style, thin ties, pointy shoes—and I did, I was good, and do you know what? I looked like a complete pillock dressed like that and it wasn’t simply a matter of bad posture or a bad attitude; I simply can’t pull of that look. And, with very little argument, the ladies agreed.

I get fashion. I do. But I prefer individuality. That’s what I always liked about Bowie; he set trends. By the time everyone was looking like him he’d moved on and good for him. The same goes for literature and art. I’ve always admired those creative types who knew what they were good at and continued ploughing that trough even though giving the public what they wanted would’ve made financial sense.

Politics is another matter entirely. For years I took no interest in it even when I was living in “interesting times” but over the years a few things have forced their way though. Thank you primetime TV. It’s a popularity content. What do we have to do to stay in power? Not, What’s good for the country? I’m pretty much opposed to referenda and I’m growing increasingly dissatisfied with the whole “one man, one vote” approach to deciding who should make the big decisions for us. I don’t deserve a say in how the country’s ruled. I’m not qualified or experienced or even particularly invested. I want to sit at my desk and write poems, perchance the odd novel. Who am I to say whether Brexit (stupid name) is a good idea? I wasn’t provided with sufficient facts to make an informed decision and neither were any of the other thirty million. It became pretty obvious as time wore on that even those supposedly in the know didn’t know if Brexit was a good idea but more and more people are starting to think we might’ve been a bit hasty there and yet the government (I use the term loosely) is still plodding on regardless because that’s the will of the people.

Have you ever noticed how many times in The Simpsons there’re angry mobs? We’re living in a mobocracy in all but name. Politicians employ people to tell them what colour suit to wear so as not to upset the… well, the delicate sensibilities of the mob. It’s completely backwards. I used to imagine politicians were like lawyers or doctors—this was when I was a kid—and that they were the right people for the job, the best people, who would steer the country generally in the right direction, veering left for a few years and then drifting back to the right for a bit but never losing track of the main goal, to make Britain great again or at least stop it falling off the rails. How wrong was I?

Trump (a euphemism for “fart” in our house growing up) is something else completely. If only a fraction of what we read about him is true he should’ve been dismissed years ago. I don’t get it. I genuinely (and naïvely I admit) don’t get it. It’s wrong. It’s wrong, plain and simple. What is this, a schoolyard? No take-backs? The mob got it wrong so where’re the big boys to break things up?

Second wife! God, I'm getting old. And my sister's fifty-four so not really a girl any more.