Meet It Is I Set It Down 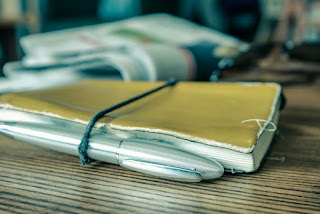 I’m not trying to be Arty or anything. It’s just that the phrase has been bouncing around in my head for a few days and that’s usually a signal that there might be a blog post in it.

‘Not sure yet, let’s type a while and see what happens.

The words are spoken by The Prince of Denmark in that play and, no, really, I’m not trying to be Arty. It’s just that some of this stuff was caressed into us way back in school and then it never fully goes away. I think everybody got a little Shakespeare in their time and mine just happened to be Hamlet. In one scene, Hamlet has a deep thought and decides it’s something that he should scribble in his little notebook so that he doesn’t ever forget it. He says, “My tables—meet it is I set it down.”

That deep thought that Hamlet wanted to get safety noted down was pretty different to my own one. Because that’s what happened this week. I had a thought and said to myself, “better write that one down, motherfucker”. And then I thought how that thought hadn’t been terrible eloquently expressed in my head and that’s when Hamlet jumped in there for the old long-ago with all his ‘meet’ and ‘tables’ stuff.

In fact, Hamlet’s thought is an oft-repeated one (there I go again, oft-repeated, ‘must be something in the corn flakes). He concluded, “That one may smile, and smile, and be a villain,” and I can’t disagree with him on that one. Most of the ‘villains’ that I may have happened upon have tended towards smiles. So well done Hamlet (and Shakespeare) for setting it down. Chalk one up to you.

My own deep thought is a lot more obvious and, I’d bet, has been thought by most people at some point or another or, as is even more likely, at regular intervals throughout their lives.

I was walking to the supermarket ‘cos it was too nice a day to drive and I had some time. It has been freezing the night before and it was set to do it again that night and this day-in-between was crystal clear and sharply focused. The trees were completely bare and jagged against the almost impossibly blue sky and the air was sharp and clean. Everything seemed a little heightened and super-defined. Even the take-out bag that the kid walking past was carrying. The tangy smell of the vinegar was such that I could practically taste the chips inside.

The day was beautiful and the evening stretched pleasantly ahead and, with some ever-present exceptions, things were okay with the world.

“These are the good times.”

That’s what I thought.

“These are the good times.”

And then I thought, “’Better write that one down, motherfucker,” or words to that effect, which were quickly amended to something a little more presentable.

So here I am now, writing it down.

There’s a point to my writing it down too. At least I think there is. It’s not that I’ll need reminding of this next week or possibly even next year. I’m a ‘Glass Half Full’ kind of a guy so I am often aware that things are way, way better than they could be or maybe even should be. I don’t really need telling.

Of course, things are not perfect. Things are never-ever perfect. When Dickens wrote about it being the Best of Times and the Worst of Times, all at the same time, I think he could have been writing about a lot of our times. We all, nearly always, have some shit mixed in with the sugar. I sometimes think it might be a little test as to whether you are an optimist or a pessimist. If you were to say the words, "it was the best of times, it was the worst of times,” to yourself, in your head, how do you then think about those times? For me, I overridingly think about how they were the best of times, because I’m the ‘glass-half-full’ guy. I wonder, do other people tend to focus on the fact that it was the worst of times and does that make them ‘glass-half-empty’ people? I don’t know and, anyway, I digress.

This thought that I had, while just walking along, I felt it was meet that I set it down. I don’t need to be reminded of it anytime soon and, let’s face it, when the good times are over and my legs or my brain are gone slow and fuzzy, I probably won’t need reminding of it then either. That would be kind of rubbing it in a bit, “Hey, they were the good times!” “Yeah, cheers mate.”

What I will need though, in years to come, when legs and brain are failed, is for someone to wave this piece of writing in my face and say, “look, look at this.”

And if I can, I will look at it, particularly this paragraph, and I will know that, not only were those the good times, but that I knew they were the good times.

“There’s the rub”, as Hamlet says elsewhere (that stuff never goes away), I may be well aware in the future these were the good times. Good times are far easier to see in retrospect than when you are in them. But I may not remember that I knew it at the time too.

I think it would be good to know that: even though the world was frenetically busy and work and responsibility seemed to stand in the way of the good times, in fact, they were a key part of the good times.

And I knew that.

On some random Saturday in deepest winter, I looked around and I said to myself, “these are the good times.” I knew that, even when I was right in the middle of them.

You might print this off and wave it at me at some time when I can no longer remember this. I think the reminding of it might bring me some comfort. It might do me some small bit of good.

That’s why I feel it is meet that I set it down.

There are times and there are moments in time. We live in “interesting times” and that’s been the case for a while now only they’re not really of much interest to me any more. I’m at the stage I’m wondering what else could possibly happen to upset my life before I run out of a life to be upset in. What’ve I got left? Twenty years, twenty-five? I can’t see me drivelling on much longer and I’m not sure I’d want to. The planet’ll last another twenty or thirty years. The ice caps will probably be safe until 2050 and honeybees will likely hang on until 2060. Mankind is another kettle of farts (an expression my friend Tom was fond of which I thought I’d resurrect.) I should feel sadder about it all but I don’t. My mother always said the world would be a wonderful place without people and I can’t argue with her. Those are the times we live in.

Now for the moments, well, one moment. Before I started writing this I took a break and went into the living room to see Carrie. The bird was sitting on the spot he goes to when he wants a scritch, so I gave him a scritch and then looked out of the window. “Carrie! A deer. Two deer. Three deer. FOUR DEER!” Of course by the time she got out of her chair they’d wandered behind some skinny trees and she barely got a glimpse of them but I saw four deer today. They strolled out of the trees as brazen as you like in broad daylight, headed up the path a few steps and then disappeared back into the woods. Lovely. Probably took thirty seconds, tops.

Of course I got chided for not picking up her camera and filming them so, after the horse had bolted (after the deer had sauntered), I got a quick instruction of how to operate her camera which I’ll likely forget because when am I EVER going to see four deer out of my living room window again?

As for whether I’m a glass half-full or half-empty kind of guy I see myself as “You got a glass! How come you got a glass?”

I always carry a notebook: some of what I jot down is ideas, some of it is puns and a lot of it is tedious introspection. The thing is, the tedious introspection is always worth looking back over because, with the illumination of hindsight, I can always see that the shadows in my life were not so deep or dark after all; which I find helps me to put my now in perspective. Without these jottings, I would forget and miss out on all the wise-after-the-event which is actually tremendously beneficial as life plays out.

As to the glass half empty/glass half full position - surely, whatever your perspective, it's time to think about getting another round in.

We're having a string of bad times right now which have been weighing heavily on me, but we're all going through it together and we've had chance to laugh. I think life is a little bit yin and a little bit yang, we stir the cream into the coffee and drink.