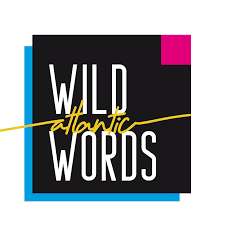 The other evening, Thursday actually, I was lucky enough to get to MC this event in Bridge St., which is a lovely pub here in Castlebar. The event was part of the annual Wild Atlantic Words Festival and it was called ‘A Poem and a Pint’.

It does exactly what it says on the tin. The attendees are called upon to come up to the mic and share a poem with us. It could be an old favourite, it could be one they wrote themselves. One person, one poem… and a pint… or a G&T. Whatever you’re having yourself.

But it didn’t. Quite the opposite. The pub was full and lively and people were keen to come up and share their poem and also keen to hear everyone else’s. There was a general relaxed air and the mood eased from fun to reflective and back again, depending on whatever poem was being shared at the time. Looking back at it, I think a visitor to our shores would have found something here of the quintessentially Irish welcome that we like to pride ourselves on. I think they would have liked it.

I’m quite the ingénue when it comes to matters of poetry. I remember a few scraps of what I did in school and I know a few things that I’ve happened upon in my own reading and listening and, last but not least, I know something about the poems that people have told to me. Beyond that, I'm pretty much lost.

I don’t think that makes me unusual. In fact, as with a lot of other things, I think it makes me Mr. Average.

A lot of us tend to say that we don’t understand poetry or even like it very much. But, when I think about it, that’s a bit like saying we don’t like food or socks or… anything really. There might be lots of it we really don’t like but, if we find the bits that work for us, we might find that we like it very well indeed.

I think that’s why an evening like Thursday evening can work so remarkably, so surprisingly, well. If one person stands up and says a poem that means something to them and if there are twenty or twenty five such persons, the odds are good that we will hear something that also touches us in some way.

Poetry is like distilled emotion, I think. It gets boiled down to some kind of essence and, if that essence is not chemically similar to our own then, chances are, it will not bind. But when that alcoholic distillation fits our palate, then a little magic can happen. The brew can hit home in a way that a book or a movie cannot. It hot-wires, it short-circuits, and it goes right to the heart. A song can sometimes do it too because that’s a distillation as well.

If we go into an evening like this actively looking for that hit, we may not get it. It’s too much pressure. But if we simply venture into a lovely pub and find a lot of friendly faces there and a warm chatter about the place and the prospect of a small drink and, just incidentally, a wee woman over in the corner, sharing her favourite verse. Then the evening may be subtly elevated such that you may end the night and head home without even fully realising that something a bit special has just happened to you.

That you have been touched by a verse.

I had a highly enjoyable evening. I got to blather on a bit and there were plenty of people to back me up so that I was never very far out of my comfort zone.

I hope they ask me again next year.

I’ve just spent fifteen minutes trawling through my timeline on Facebook looking for a video I was sure I shared there in which dozens of writers, the famous and the not so famous, try to say what poetry is. Some of the definitions are laughable but taken as a whole the video underlines a serious problem when it comes to poetry: something that used to be, until about a hundred years ago, so obvious that it didn’t require any definition (you just knew it was poetry) has now been turned into something no one understands. And at a great cost.

It’s like dogs. What is a dog? I mean it sounds like a stupid question but bear with me. Try and define a dog in a couple of sentences a kid could understand. By all means look up Wikipedia because it doesn’t help. But when you see a dog you know it’s a dog. It doesn’t matter if you’ve never seen that particular breed before, a dog’s a dog. I think that general principle still applies to poetry. It’s that thing that’s not prose just like a dog’s not a cat.

If I’d gone along to your evening and had to pick a poem, just one poem, I’d be hard pushed to choose only one but I’d probably be predictable and lump for ‘Mr. Bleaney’. No other poem has meant as much to me and you’ll know that after reading my blog because it keeps getting mentioned.

If, however, I could read one of my own I’d probably go with one of my poems about poetry. It’s a subject I keep going back to and I keep finding new things to say. Remember a few weeks back I told you I was working on a poem? Well, here’s that one:


So why don't I do the two of us a favour?
I can't be arsed writing a poem today and
I'm sure you can't be arsed reading one. Tell you what,
I'll explain what this poem would've been about
then we can both skive off.

Cue drum roll. There is no end to meaning. Ta dah!
Don't look at me like that! I know what you're thinking.
What the hell’s that supposed to mean? And that's my point.

No matter what I say you’re free to ask, "Fine, but
what did you really mean by that?" Here’s the kicker:
name me one poem you’re certain you understand.
Makes you think, eh? And don't you just hate it when some
ruddy poet does that?