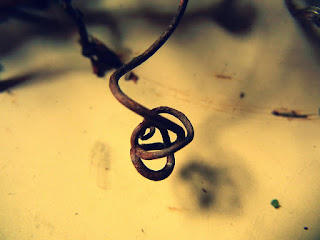 Thursday evening took me out the road a ways. I ended up in Carrick on Shannon, which is a town I don’t get to very much anymore. There was a time though when I used to pass through this town regularly on my way home from Dublin to Sligo, where I grew up.

There are an awful lot more roundabouts now than there were and the traversing of the town has become largely unfamiliar, though the countryside, once you’re out the Sligo-side, is achingly familiar still. For me, that road had always been about leaving or coming home. Mostly coming home. I’d been away and now I was coming home again.

Revisiting it, the other evening, evoked a small memory.

Most of trips home through Carrick and on to Sligo happened during the years that I was in college in Dublin. The long Friday-night bus journeys home, the considerably-less-auspicious Sunday-night journeys back. Regular homecomings and departures to and from not-too-far-away. But, after I moved to London, the homecomings became rarer and obviously from further away.

That memory was of one such journey home. One of the rarer ones.

The people I worked for had given me a car – a brand new car – and I was driving it home from London in the Summertime to see my folks and all the old crew. The town after Carrick on Shannon is Boyle and I was just driving over the bridge there when I spotted Kevin in his Mobile Bank Van. Kevin was one of my Dad’s very best friends and he drove the Mobile Bank Van around the environs. He didn’t do any transactions himself; he just drove.

I pulled up in my new car to say hello.

That welcome. That’s the memory that came back to me in Carrick on Shannon the other evening. There were no emotional fireworks or dramas. Kevin was just pleased to see me. He was patently and evidently pleased to see me. We shook hands and he welcomed me back to Sligo and he admired the new car they had given me over there in London.

That’s the memory in its entirety. Two men on a bridge, one old, one young, both very glad to see each other again.

But memories are tendrils. Slender and fragile in many ways but unbelievably strong in many others. They run wild.

This one simple memory-tendril quickly leads to another and another.

Kevin was always the first to turn up with a Christmas present on Christmas Eve morning, when Santa’s arrival still seemed like an eternity away. I was allowed to open his present and play with it even though it wasn’t yet present time. It was Lego.

Kevin bringing me out in a rowboat on the river to the larger boat he used to look after for somebody. The joy of being in the big boat, pretending to go somewhere cool but never going anywhere, except home.

Trips to the cemetery with Dad, to visit Mum, and then to stroll around among the graves, never missing a visit to Kevin, who had a little fisherman put up on his headstone. We always remarked on it; how nice it was. I should get Dad one, maybe.

Over time, a memory becomes like a sketch. It distills into some kind of blur. A tangle of swiftly enacted lines on some crumpled page. But such a sketch is no mere scribble. It can be like a sketch by Picasso or Leonardo De Vinci.

It can contain an entire world in its faint constructions and that world can lead on to others.

(In memory of Kevin. A good friend to Dad… and to me too.)

That photo of my Nan (she died recently as you know) evoked a lot of memories. The first of which was my Uncle Ian's wedding, from where that image came into being. It was the Methodist church I believe, not that we were Methodist in particular, but it was a church and that was what mattered I guess (I was pretty young as you can see from the picture). That Methodist church reminds me of my Aunt Sandra and a green cardigan.

Back then I had two cardigans, one yellow and one green - my favourite - and a choice; which one would I wear to Sandra's wedding. I wanted the green but it transpired that mum chose yellow. I wasn't very happy and grumped my way to the ceremony, but after a time, I was fine and the whole thing went with a bang as these things usually do.

When I was in my teens/twenties it was all weddings that brought us together. These days it's mostly funerals. I hope some day soon, some of the younger ones will get hitched and a have a knees-up like the old days but for now a funeral will do.

There is a thing over here where it’s deemed right and proper for children to address older friends of the family as “aunt” or “uncle.” I personally never did—maybe it was because my parents were English—but there were definitely people I thought of that way. I do have aunts and uncles, a couple of dozen in fact although I’ve only met a handful on my mother’s side, but we saw them so rarely they might as well have been strangers; I’ve probably met my Uncle Harry three times in my entire life.

My “Kevin” was Eddie and I would’ve happily called him “Uncle Eddie” because that’s how I felt about him. He’s dead now although like all the people from back then I hadn’t seen him in some twenty-five years. Periodically I drop in on his children’s Facebook pages when I’m feeling a bit nostalgic which I happened to be this week and what do you know? his son had posted the last picture taken of him with a very sickly-looking dad before he died. And, of course, it brought back so many memories. Not great memories but my memories. For example, Eddie was the first person I ever heard use the word “crux” and I remember being so surprised because Eddie was far from being an educated man. But the one thing I remember most about Eddie was his positivity. He was a little man, both in stature and character, and never aspired to be more but no matter how often he got a raw deal (which was more often than he deserved) he’d pick himself up, dust himself down and get on wi’ it. Eddie was often on the dole, not because he was a bad workman but because he was slow; he was a perfectionist. Dad often found odd jobs for Eddie to do as a way of slipping him a few quid but Eddie always took so long doing whatever it was that whatever my dad had decided was a fair wage for the job seemed mingy and Eddie’s wife often complained about that.

The problem with moving on with your life is you can’t always pick and choose who you have to let go of and Eddie is most definitely the one I miss the most, quite possibly the most decent man I’ve ever met. Christ, I don’t think I ever even saw him spit on the ground. You talk about memories as blurs but I don’t’ see that as such a bad thing; it’s hard to wallow in sharp memories.