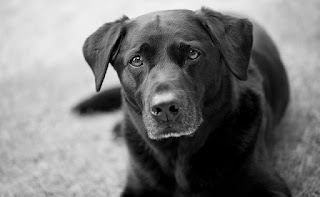 I’ve had this odd habit for the part few years but, like Mick Jagger said, it’s all over now.

What I used to do was to have a shave and then not have a shave again for two weeks or more. I was perpetually in a state of growing a beard. I was only ever really clean shaven for one day out of fourteen. The subsequent days were a journey towards a bristly goal that, once achieved, was instantly ripped off again.

It all became too much. People were always saying things like, “Ohh, you’re growing a beard,” or “’Beard suits you,” or “Ohh, the beard is gone, what happened?” It also became, in my head, a sort of large advertising sign for how little attention I give to myself in general.

It was also incredibly hard on razor blades which, as you may know, are not cheap.

So I bought one of those beard trimmer things. Not a very expensive one but it looks the part and seems to do the trick.

Time flies so I think I’ve had it for about three months now, even though it only feels like a fortnight. I found the ideal setting for me is three-and-a-half. This reduces my beard down to a sort of an ‘Alan Sugar’ stubble which I can then let grow for ten days or so before buzzing it back down again. It’s effectively the same routine as before without the actual visual shock of the shaving.

I quite like it. I like the buzzing beard removal bit. I like the little wads of beard hair that gets bunged up in the machine and have to be tipped out into the bin. I think I might miss the shaving a little bit, over time. There was something about uncovering your old face from beneath the undergrowth from time to time and there was also an undeniable feeling, after a shave, that your face was well and truly clean. But it’s the convenience of this other option and, let’s face it, a more consistent visual appearance for me rather than the ‘on again, off again’ shenanigans of the past few years.

One aspect of the beard thing is that it makes me look older. When clean shaven, I seem to be able to pass for being a couple of years younger than I am. It’s all this clean living, madam. But with the beard comes a lot of grey. Like a venerable black Labrador, my whiskers are grey and getting greyer by the day. I don’t mind that at all. I’ve been around for a few years now and it pleases me that my face might reflect that. Bring it on, Father Time, I’m ready for you.

So now I guess I am a bearded guy. I bet that, in my mind, I will continue to think of myself as a non-bearded guy. That’s what happened with the glasses. I got glasses about eighteen years ago and have been wearing them constantly ever since (not the same ones, they change). But, in my mind, I am not a person who wears glasses, I never have been. This goes so far that I sometimes call other drivers ‘four-eyes’ to myself if they are annoying me (and if they wear glasses) quite forgetting that I, too, am a fully paid up member of that club.

I guess I'll just have to get used to it. When someone in a room says, "who's that fella over there? The one with the beard and the glasses?" I'll just have to remind myself that they could be talking about me.

Of course this all could change. I have a wedding coming up where I’ll be doing the whole 'black tie' thing. Will my resolve fail me? Will I pick up the old blade and have at it once again?

If I do, I can always grow it back.

Are you sure we're not the same person? Our lives parallel one anothers so precisely it unnerves me sometimes. I too have lived this perpetual transformation from bearded intellectual to bare faced jump-scarer since puberty or round about. And have recently bought a trimmer to keep the status quo and stop alarming the children.

On and off—more on than off—I’ve worn a beard since I was eighteen. My dad hated it and told me so—even my moustache bothered him—but I’ve always felt more comfortable with the beard than not. The problem was if I grew it too long it began to split and so I had to keep it at a certain length to feel presentable. It was YEARS before I managed to let it flourish into the fullness I wear currently and boy was I happy when I managed it. I look in the mirror and see me. Carrie’s never seem me without a beard except in photos. Of course nowadays beards are commonplace and no one bats an eye. That wasn’t always the case. But I never grew the beard to look different. It just felt right. Shaving never felt right, scraping my face every day. So I stopped. I do remember the first time I shaved the beard off. It took half a day for most people to notice. In fact my mother-in-law said to me, “Are you all right Jimmy? You’re looking very pale today.” Wondeful!