The Bravery of Liking Things 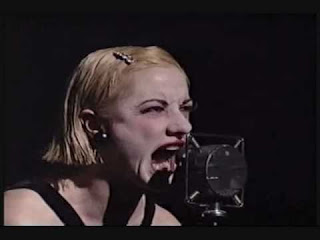 This week is just about some things I like.

Here’s two things I think about liking things. I’ve put an a) and a b) on them so you can tell them apart. I’m nothing if not helpful.

a) You have to be a bit brave to admit to liking things. It’s like sticking your head above the battlements so that someone can catapult a cow at you. In ‘The Colour of Money’ Paul Newman kept using a peculiar expression. “I’ve shown you my ass,” he used to say. Admitting to liking something is a bit like that. You show people your ass. It’s there, all laid out, to be kicked if so desired. “You liked that? What kind of an idiot, gobshite, half-wit, could like that?” The converse is also true, it requires no bravery at all to say how you don’t like something, though sometimes it has to be done.

b) People seem to get worried or even a bit agitated when somebody doesn’t like a thing that they themselves like. I’ve never really understood this or at least, as Sting used to say, I don’t subscribe to this point of view. Being somewhat perverse in my outlook, I absolutely love it when people don’t like what I like. It’s like a great compliment, a testament to my individuality and quirky taste. A reaffirmation that we are all individuals who all like and love our own things in our own way. We are diverse and windswept and interesting so, you know… yay.

I’ve liked lots of things, recently. I’m a ‘liker’ really. I tend to like things.

The things that I mention here have a least two things in common. No, I won’t do the 'a) and b)' thing again, I think we’re good.

Lincoln in the Bardo by George Saunders

I really, really like this book, which is great fun ‘cos lots of people don’t. I bought it for Patricia at Christmas (Yes, a brand new copy. Yes, she’s worth it). I then sneakily read the first few pages. “Oh, no,” I said to myself, “I can’t be  doing with this,” and I tossed it aside but onto a bed so that it wouldn’t get damaged. The word-of-mouth I was hearing all seemed to support my decision. It was only when I heard a trusted friend was raving about it, some months later (like, now) that I picked it up and looked again. It’s written in an odd format, with many real and not-so real characters providing short testaments which make up the story. Every line reads like the opening of a chapter. But it works. It’s alienating at first but, once you get into the cadence of it, you’re good. And what a sad, warm, cold, story unfolds. And what marvellous flights of fancy and outlandish characters take us there.

It’s a book I would recommend to people, if only for the joy of having them throw it back at me.

I really, really like this film. I don’t want to say too much about it because I saw it without knowing too much about it and I feel that contributed to my liking it as much as I did. Actually, thinking about it now, I think I’ll say nothing about the story at all. I think it should have featured more prominently in the recent awards season, it’s that good. Like ‘Lincoln’ it starts off in such an odd fashion that you may be inclined to give up. At first, it seems, to coin one of my Dad’s expressions, to be ‘about nothing’. Also the sound is slightly odd, such that you may struggle to hear what is being said. But it ropes you in. It just ropes you in and you become invested and involved in what is unfolding. Real cinema, beautiful to look at. A real world, terrible to behold. Give this a go. I predict you will like it, just like I did.

Yes, that Hamlet. Well, the version that was on the telly last weekend. Last year’s Almeida Theatre production which moved to the Harold Pinter and was filmed there. I watched this in several goes over the Easter Weekend. I did Hamlet for my Leaving Cert exam and was able to say a couple of the key speeches along with it (which was fun). What I really like about it was Andrew Scott and how he spoke the lines clearly and with some clear empathy for what he was saying and doing. It was almost as if he took his character’s advice to “Speak the speech, I pray you, as I pronounced it to you, trippingly on the tongue.” Although, funnily enough, he also seemed to pass on another piece of advice from the same speech as he did sometimes, “Saw the air” a little bit.

I think I decided to mention ‘Hamlet’ here, not because I wanted to impress you with the odd ways I tend to spend my Saturday nights but rather because it provides a good working example of people not liking stuff. I saw lots of profound criticism on my Social Media while Hamlet was unfolding on the telly. This is obviously well-and-good. It’s just that some of it seemed designed to show how fabulously erudite the critic was, rather than making any attempt at constructive reaction. Maybe it’s just me but if you are saying things like “some of it was good but here’s why it wasn’t good…” perhaps you could save a little space for the bits you thought were good as well as all the bad stuff. I think there is a real fear that we show ourselves up by liking things and I wish we could change a little in that respect.

I watched this on Youtube. It’s there in 16 parts, a TV version of the musical. I saw this on ITV late one night, years and years ago, when I landed on it by accident. I thought it was amazing and nobody else had seen it. It was like I dreamt it. Then I found it on YouTube and,  guess what, I didn’t dream it after all. It’s not a prefect recording and there’s songs missing in the edit but Alan Cumming is naughtiness and pathos personified and Jane Horrocks literally makes arm hairs rise with her sinewy delivery of the title song. Here’s a link, in case you fancy it. Maybe it’s a bit niche (slight pun intended) but I really, really like it.

That’s it for now. I could do more but I must get to Tesco.

I suppose what I’m trying to say is, tell me the stuff you like. Mostly so I can consider giving it a go myself. If I value your opinion (and I do) and you really, really like something, then I might like to try it. Who knows? Maybe I’ll even hate it.

Then we’ll have something good to talk about.

I also like things. The problem with sharing those likes is feeling the need to justify or at least explain why and, to my mind, part of the pleasure in liking things is not having to do anything more than like them. That might seem like an odd thing for a thinker like me to say but there’s a time for thinking and a time to leave thoughts well alone. In my experience thinking deconstructs things which is all well and good if you know how to put them back together again. But that means understanding how the things got to be in the state you found them in in the first place. I experience this non-intellectual appreciation of things mostly with the visual arts. I never try, for example, and understand a painting by Magritte. I never try to explain them. I like them and stop at that.

I have to admit I am occasionally puzzled when people don’t like some of the things I like. I’m not outraged but I am genuinely puzzled. When Carrie first came over here I felt the need to introduce her to the likes of Steptoe and Son and she returned the favour by bringing home some DVDs including the first season of Sanford and Son. And guess what? Neither of us really liked what the other grew up with. And the same with Till Death Us Do Part and All in the Family. A like’s like an opinion; everyone’s entitled to think and like what they like.

At school I never had any problems liking what I liked and to hell with what others thought. I mean occasionally it felt a bit lonely because there was no one to share my pleasures with but I wasn’t going to stop listening to classical music or writing poetry just because no one else got it. Luckily my tastes have always been broad and I’m not saying I like everything but I’ve never really found it too hard to make conversation with anyone. At a push there’s always the TV programmes we used to watch when we were kids and why they’re so much better than what’s on offer now.

Both Lincoln in the Bardo and The Florida Project sound interesting but I don’t feel any burning desire to order either of them. I’ve saved Hamlet to watch when Carrie goes to the States next. (I also have a King Lear to watch.) Not sure how many times I’ve seen Hamlet (I would guess maybe six) but I’ve only seen King Lear once in full. The Cabaret does call out though I must say. I was very impressed with Jane Horrocks in Little Voice and Alan Cumming is definitely growing on me. I might try and splice those sixteen parts into a single file when Carrie’s away because she’s a fan of the original although how anyone could surpass Lisa Minnelli and Joel Gray is hard to imagine. I did watch I Am a Camera the last time Carrie was away. Interesting. Must read Goodbye to Berlin one of these days. Have to say I do have a soft spot for Lisa Minnelli the actress. Loved her in Tell Me That You Love Me, Junie Moon and especially in The Sterile Cuckoo.

I thought specific ally of you, Jim, while reading 'Lincoln'. I would never normally presume but I think you would like it. It has some shades of Beckett which might engage you. Also, it looks like a bigger book than it is on account of the strange format it is written in. If you see a second hand copy, deffo grab it. :)

I’d love to write lots and lots about all the lovely things I like, but I’m rather hungover - yes I also like beer and wine, oh and (remembers) whiskey. Maybe a list would be ok?
I like Lanny by Max Porter (I also really liked ‘Grief is a thing with feathers’.
I like going on long walks in remote places on my own.
I like most things Nordic; books, tv, films, and travel.
I like films with subtitles.
I like baking bread.
I like good belly laughs.

I will take a look at all the things you like.