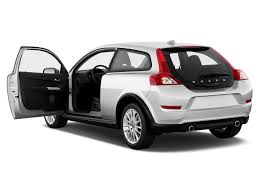 This was my tendency. Leave your blog posting for now. Let it be. There are bigger things to deal with.

But I don’t think that’s what Una would have wanted. A key part of how well we got on together was how I could make her laugh and smile. Sometimes bemusedly, sometime with reserved disbelief, but often with an unbridled sense of fun.

And we find that, don’t we? That even in the unhappiest of times, a laugh or a smile will creep through, under the wire. We can’t help it and why should we try? It’s our strength to find a way through and if it’s a laugh or a smile that helps, then we should welcome it rather than fight it.

It’s in that spirit then, that I share a silly thing that happened to me last week.

I was walking back to the office from the house after a lunch break. Along the street, a car drove past me and pulled up sharply on the road in front of me. The lady who was driving opened the driver’s door and leaned out. She looked back at me and spoke in a rather world weary voice.

I often meet people who know me but who I don’t immediately know. I didn’t really want a lift but the tone of the driver suggested she had something she needed to talk to me about.

I realised I had been standing rather blankly on the footpath and so snapped into action. I hurried around to the passenger door and opened it as a necessary prelude to climbing in.

Just as I was about to put my first leg into the car, a small Jack Russell Terrier dashed up from behind me and jumped into the passenger seat.

Kenny grinned out at me from his seat. The lady looked up at me.

“Thank you,” she said, for getting the door for Kenny, I guess.

I closed the door and went back to work.

And that’s why I’m posting this week.

I'm just imagining what might have happened had you made it into the seat before the dog. This is the kind of musing that usually inspires me to write something.

On the way home from… well, Christ knows where I was coming from but I was walking by the high flats one day when I was accosted by a scruffy-looking bloke who clearly knew me. Bold as brass he strode up to me: “Hoi, Jimmy. Lend us a quid.” This would’ve been back in the early seventies I’d guess. Naïve me I assumed the man worked in my dad’s mill and so, without batting an eye, handed over the pound note for which he thanked me and went on his merry way probably straight towards the nearest boozer. It was only once I got home and described the chancer to my father the reality dawned on me. Only a few years later Billy Connolly hit the nail on the head: “Everyone in Glasgow’s called ‘Jimmy’—even the women.”

A lovely misunderstanding. One of those waving at someone who isn't actually waving at you moments... I do that about once a week I think!
x

Think I'm safe from that particular embarrassment given my moniker but one can never be certain these days the way pet names are going!! Made me smile too Ken. 😊

Yep, I smiled. Then I laughed. You probably made that lady's day by opening the door for her dog. You made mine by sharing the story.