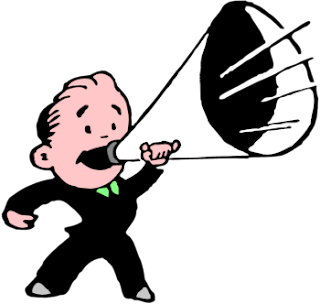 I erected a small Social Media weather vane the other day, to see how the breeze might be blowing. It was nothing fancy. Just a tweet or two, in fact.

All I did was tweet a link to something then, straightaway, I sent a second tweet. The second tweet had a simple poll in it. It more-or-less said. “I just tweeted a link. It’s not interesting and I don’t want you to click on it or anything like that. I would be interested to know if you saw it though.”

55% percent of the respondents chose the option “Link? What link?” Over half of the people who are linked to me on Twitter, who were online at the exact time I tweeted, did not see what I put up.

Truth to tell, I don’t care too much about that. Not anymore. I have recognised the selective methods of Social Media sharing for some time now so I no longer see it as a personal affront and I certainly no longer get irate over it. What it does do is worry me. It worries me quite a bit. I’ll tell you why in a minute.

When I first started using Social Media, about ten years ago, it felt like something else. It felt like shouting to the entire world with the real potential that anyone at all might hear you. It felt like fishing in the deepest of oceans, where you never knew what bulbous and exotic fish you might haul out.

It feels quite different now.

The Social Media platforms we all use are now carefully controlled and balanced so that the user experiences the things that suit them best, the things they most want to see… according to the platform owners. Facebook is best known for it. When you post something on Facebook, I believe about 8% of the people you are connected with will be shown it on their screen. Some types of posts will be favoured over others. Photos seem to do well. Links to outside websites, less so. If someone ‘likes’ something you post, then some more people may see it but it’s hard to get ‘likes’ when nobody sees it initially.

Historically, Twitter always seemed better at showing your stuff to people. It has always seemed to be the great leveling field where, ignoring filters and such, everybody sees everything their friends and contacts choose to show.

But Twitter has its tricks too, as illustrated by my little poll. The most overt trick is that little box in the settings that is generally ticked by default. It says ‘Show Me the Best Tweets First’. It sounds like a nice idea but whose ‘best tweets’ do you get shown first? Is it the people with the most followers? Is it the most famous people? What about the poor sod with seventy followers who has actually got something meaningful to say? Who will see her?

This is starting to sound like a diatribe and that’s not what I started out to do. I didn’t start typing this to complain about how Social Media now discreetly corrals us into the little boxes it wants us in so that it can sell stuff to us more effectively. (Whoops, there I go again).

What I wanted to type was not a complaint, it was a warning.

People know that Social Media can be damaging but they tend to focus on how it can evoke envy and dissatisfaction with one’s own life. We see people smiling and apparently living it up when our own reality seems  far from smiles and the high life. It can be not much fun. That can be certainly a thing but I don’t think it’s the biggest thing. The biggest thing that I see on my Social Media, day on day, is isolation.

It’s one thing to be put in a little box by Social Media. It is quite another thing to not have any idea that you have been put in there. I see this regularly. Ordinary good people in a state of isolated bewilderment.


I fear that some people, who do not know the truth of algorithms and marketing strategies, view the changes in Social Media on a dangerously personal level. They simply see it in terms of old friends who don’t acknowledge them any more. They wonder what they could have possibly done wrong to warrant such a negative response. They see their friends only communicating with the great and the good, not realising that the great and the good are the only people that their friends are being shown.

Sure there are buttons we can press, settings we can adjust to help us see more. But we don’t push buttons, do we? We come on and we see what we are shown and then we move on. Our friends of old become like the elderly neighbours in those adverts. People who need to be ‘looked in on’, from time to time, at Christmas or when it freezes. They become a chore rather than the vibrant interactive cohort member they used to be. They are in their own little box.

I’m not writing to try to change this. It will never change.

I am writing to try to let at least one person know. When your friend doesn’t reply to you or like your news or even randomly chat to you any more, 99% of the time it is not because the friend thinks any the less of you or has been wounded by you. It is just good old Social Media going about its business.

Social Media... yeah. Use it, enjoy it, but stay painfully aware of its limitations and you’ll be fine.

Start to take it personally, and it can slice you like a blade.

Just so you know.

Yes to all the above. Facebook really annoys me and Twitter disappoints me, I thought it was something that I could look at in my own 'neutral' way. When Twitter introduced photos, as interesting as some of them are, it changed the easy way you could skim through many tweets.

We all have limited time and have to edit what we look at. It's several months now since I engaged in forums where your time is swallowed whole. I also rarely comment on blogs, it's not that I have nothing to say, it's maintaining that perspective on time. So... byeee!

Bye, Fran, thanks for dropping by. Your outlook sounds entirely sensible to me.

Every time I open up Facebook, which is the only social network I subscribe to having left Twitter a few months back, I’m struck by how unnatural it is or, to be more accurate, it has become. It doesn’t know me. It has no idea who I am. I know that for a fact because if it had the slightest idea who I was or what matters to me it wouldn’t send me 95% of the crap it does. I recently went through my list of so-called friends and unfollowed a whole bunch of them and then I blocked a whole pile of sites, mostly political ones. That helped. But I still don’t really get why I insist on logging in every day. What exactly am I looking for? What I should probably do is unfriend everyone who didn’t comment on my last blog post, the whole lot. I know I joked about having a dozen followers but I wasn’t far off the mark. Who needs more than a dozen friends? Who even has time for a dozen friends?

I think it’s a shame that people measure their personal worth using such a faulty barometer. My wife, for example, chides me now and again for not liking her posts to which I usually reply, “I’m sitting beside you and I told you I like it/am proud of you/think you’re clever. Why do I need to like everything you post?” Well, you know as well as I do why. Because Facebook’s a machine and you have to play by its rules or you’re on a hiding to nothing.

As you know I rarely post on Facebook and I wish all my friends thought a bit before they did: What do I really have to say to the world today? No, I mean, really. Me, I don’t have much. I have a friend at the moment who’s doing a hundred day challenge and every day we get a progress report and a photo. You and I don’t do that. We write our books and plays and when they’re ready we tell the world or stick them in a drawer and lick our wounds. It’s like the quote attributed to Oscar Wilde—“I spent all morning taking out a comma and all afternoon putting it back in again”—who would’ve loved Twitter I have no doubt and we get the joke but, seriously, there have been days where I’ve opened up my poetry folder and changed a word or two in a poem and that’s all the work I get done that day. Who cares? They don’t have time for the finished product. Why burden them further by trying to include them in the process?

I’m not an effusive person. I’m not especially negative but it’s hard for me to blow my own trumpet. For me the most depressing thing about Facebook—and I imagine the more friends you have the worse it gets—is that you’re continually hearing about other people’s successes and you have nothing to come back with. That was why I let my best friend Tom go. Because every time we met up all he could talk about were his achievements—we went here, we bought this, we saw that, we’re replacing this, we’re upgrading that—and bully for him. He drove a BMW (second top of the range—he explained why but I didn’t care) and I drove a bottom of the range Talbot Samba. I do understand why material success was so important to him and if I’d had a dad like he had I might’ve been the same (if Tom borrowed the family car his dad charged him for petrol and depreciation) but that wasn’t me and that’s never been me.

Thanks for the article, Jim, I'll deffo have a read of that. It's funny how you would think you have so little to come back with when you're an Ace Writer, that's better than a poxy BMW any day. And like your wife's post, it gives them a nudge onward and it's the bloody least you could do. ;)