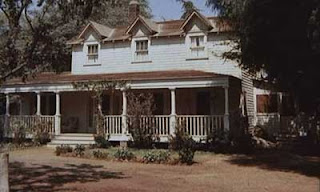 One evening last week, I actually ended up in a pub in Westport having a drink with some friends. This is highly unusual for me. Mostly, I’m at home, on the couch or here on the computer, tapping away.

I don’t really do pubs or even (heaven help us) friends very much anymore. So, yeah, this was unusual and very very nice.

The conversation turned to Social Media and there was some interest from the four people there about how long I have been using Twitter and how, once upon a time, it had been quite an integral part of my life.

One of the people was one of those type of people who we all know, a great guy but somebody with no interest or understanding whatsoever about the meaning or value of any Social Media of any description. I can understand this completely, if I'd never got into them, I don't think I would understand them either. Hell, I probably still don't. Anyway, faced with this online disdain, I nimbly sashayed into my default 'Peter the Apostle' position and started to actively deny the depth of my own acquaintance with Facebook and Twitter.

“Doesn’t really matter to me…”

That type of thing.

It’s hard to defend Social Media usage to non-believers. It's so much easier to play it down and get back to the news of the day as smoothly as possible.

As Jack Nicholson said in ‘Terms of Endearment’, “I was that close to a clean getaway,” when one final question was dropped in.

“I mean, what do you actually do?”

I thought about it a bit before I answered.

“I don’t do a quarter of what I used to do, that’s for sure. Mostly I just read people’s tweets, I say one or two things myself, and I reply to things here and there. Oh, and I say ‘Goodnight’. That’s the thing I do most these days.”

The rather terse silence that followed told me that I had probably revealed a little too much for comfort.

Now that I’d said it a second time, I realised with even greater clarity how stupid it sounded.

I rarely tweet or do Facebook stuff from my phone. Generally I do these things late in the evenings when I’m on my computer at home. I enjoy leaving both windows open and peeping in from time to time to see what people are saying and doing. Sometime after midnight, when I’m turning my computer off for the night, I tend to send a tweet that says ‘G’night’ then I go to bed. I’ve been doing it for a while. There’s no great intent or logic to it.

What keeps me doing it, night after night, is that some people, somewhere, usually says goodnight back. Not very many, it’s not a deluge of goodnight wishes. Often it’s two or three people. Sometimes it’s only one. Occasionally, but not too often, it’s nobody at all. That’s okay. People are busy. People are asleep.

What also keeps me doing it, is the reaction of some people when I have neglected to do it for a while and then suddenly come back to it. People who I really don’t know much about have expressed pleasure that I have started to do it again after the hiatus.

Not a lot of people will get this reference and certainly even less will care but, when I say it like that, ‘G’night’, I am channelling somebody from my tellybox. For more years than I can count, the American TV Show ‘Survivor’ has been a constant family viewing pleasure. At the end of each ‘Tribal Council’, near the end of the show, Jeff, the presenter, says ‘G’night’ to the participants as they grab their symbolic torches and head off into the dark and back to their camp. So that’s why I say it that way; ‘G’night’.

It’s nothing, really, this 'G'night' thing, it’s just another tiny connection to the wide world.

But, oddly enough, it’s become a bigger thing as it’s gone on and on. There’s only one reason for this. All the other aspects of Twitter have  got that much smaller. There were times when I would tweet an awful lot more than I do now. There seemed to be a loose cohort of people who would casually interact and subtly give support and a sort of virtual companionship. Doubtless these cohorts still exist all over Twitter but I think when you’ve been a part of one and it eventually fades (as they always inevitably will) it is hard to find another to match it.

So my Twitter has become a lesser thing in my life than it used to be. That’s no harm. I miss certain people and I miss chatting casually to them but there are other people and they are precious too. I guess I’ve just moved on a bit and I think that’s a good thing. So, where once, a simple ‘G’night’ was a tiny element of an often alarming flow of tweets, it may now comprise 50% or even sometimes the entirety of my day’s contributions to the medium.

So I’ll keep doing it, for now at least, and I’ll keep smiling whenever a night-time wish drifts back to me from across the ether. And (a small confession) some nights, when no reply materialises, I may sit for a little longer than is seemly to see if one might come in.

We are all odd, in our way.

We may as well embrace it.

I (hope) that I'm one of your "casual" acquaintances that you enjoy the occasional tweet with.

It's interesting, because like you I tweet much less than I used to, but I've fallen into a regular pattern too. I don't do it every single day, but it's usually mornings that I'm most active on twitter.

I have a Good #Morevening greeting that I use, because I have a followers all over the globe, and I invented the word so that it was accurate, no matter which time zone anyone read it in :)

I like it, I think it might even catch on one day, who knows. In the meantime I'll enjoy using it, and greeting the world at the start of my day.

Of course you are, Claire. I always enjoy seeing your updates. :) That's a good idea of yours, acknowledging the international element to any tweet we send. I think I'll just stick to my own local truth and let the internationals take it as they will. I have some friends in America who seem to enjoy the slightly exotic nature of me piling off to my bed when their evening is only just about to begin. :)

We were on Twitter a decade ago when most people had not even heard of it yet. They jumped on the bandwagon much later, after it was the thing to do. I think the 2007/2008 crew have a little more attachment to the platform, so you are justified in your usage and loyalty. I like that you still use it and I like that you sign off to whomever may catch it in their feed or for those who enjoy seeing it regularly. It's a bit of finality to your routine and day.

You've always been a true and original Twitter user. You have deep Twitter roots and have sprouted activity and interactions most don't have anymore in 2017. I may not interact much, but I like knowing you're there! For all my misses, G'night, Ken! =)

I have to admit that the thought of you leaving twitter makes me very sad. Even though we don't talk on there like we used to. I do hope you continue to use it, and if I ever see your good night wishes you know I will reply ;)

Impossible not to think about The Waltons here (I’m assuming that’s a photo of their farmhouse).

I deleted my Twitter account a few weeks back. I would’ve done so sooner but I had a friend who used to promote my blog on it and so I hung on until he’d had enough. I don’t miss it. I never got it and I could never get into the spirit of it. I’ve never had an exchange with anyone and barely responded to or retweeted any posts. I couldn’t think what to say that could be boiled down to 140 characters. Facebook’s a little better but only a little. I’ve just overhauled my page to try to reduce the wall of crap I’ve been facing every morning but I do think the same thing every time I log on in the morning: I wonder what the hell that man’s done now? What I would give to be able to filter out all political comments. I’m not saying there’s not a place for it but it’s a bit like discussing your haemorrhoids over breakfast. There’s a time and a place. I’ve done the same with my news feeds because all I found myself doing was deleting the stuff based on the headlines.

I do get the touch. If I happen to make a comment on Facebook it pleases me if someone likes my comment. But the odd ‘like’ goes a long way I find. The same with a post. I’d like people to think, Oh, Jim’s gone to the bother of posting something; it must be worth taking a look at because it sure well won’t be a photo of his dinner or his pet bird being cute. I only joined Facebook and Twitter because those who purported to know about such things said as a writer I needed to get involved with social media and I did try but at heart I’m an antisocial pig. How I’ve kept blogging for the last ten years amazes the hell out of me. The bottom line is social media doesn’t deliver. It takes more than it gives. I find it a drain and I know I’m not the only one. What I should do is a cull of my ‘friends’ and I keep wondering why I haven’t because I don’t know 90% of these people and barely know the other 10. I’d keep the 10 because most of them don’t blog anymore, don’t appear to read my blog and so this is the only way to find out what’s happening in their lives particularly what meals their eating and what their cute pets are up to.