The Parasite Equivalent of Succour 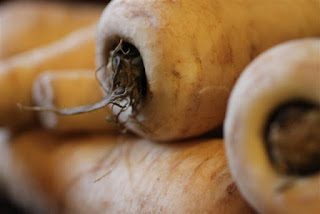 This week's offering is a pretty gross piece of fiction  (so be warned)  It includes a respectful hat-tip to Isaac Asimov.

The Chagido parasite oozed in through the crack in the bedroom window and dropped wetly on to the carpeted floor.

It left a trail of yellowish luminescent slime all along the plastic rail of the window frame and down the inside face of the glass.

It was over forty minutes since the transport rock had landed intact in the garden and the parasite’s time was now near. It needed a ‘warm body soon or else it would expire.

Laying on the carpet in the half-moonlight, the parasite looked like a cross between an oversized pale segmented slug and a small parsnip. It had no eyes or other evident sensory organs but its entire body was attuned to the foreign space it now found itself in. It smelled/heard/felt/tasted everything in an instant and, in that instant, it located its potential host.

Two ‘warm bodies’ were in the room. They were encased in fabric on a soft plateau. They were dormant. They were clearly not ideal for a number of reasons but there was no other choice available and time was short. It was almost the moment to reproduce and that could not happen without a warm wet sanctuary.

The Chagido parasite struggled to navigate the carpet. The fibres clung and clung and enviously robbed it of its precious moisture. The vertical edge of the bed was no better. Upward travel in itself presented few difficulties but the cloth on the base of the bed took more and more of the parasite’s precious bile away. The warm hosts were near and yet still very far. But the drive to reproduce was strong.

Through its multi-sensual skin, the parasite could tell that the warm bodies were one male and one female. The female was the obvious choice for a multitude of reasons but it was swathed tightly in even more of the moisture-stealing fabric and was thus virtually impenetrable. The male was an easier prospect. It lay naked and sprawled, almost inviting.

The parasite worked its way up under the thick fabric cover and glided wetly over the dormant female in her cotton cocoon. There were a number of entry points on the male warm host. There were aural and oral and olfactory options, a possible squeeze in the side of a visual organ, and there was also the chance of digging straight in, possibly through the healed-over umbilical scar. But time and moisture were both almost gone and the best route would have to be the closest one.

The termination of the male’s digestive tract was a sphincter-like structure not unlike the portals in the Great Creator’s craft. It was clenched tight and unyielding at first but the parasite turned the tinier end of its parsnip body and chemically altered its shell to be momentarily tough and immovable and then it forced its way in.

The warm host moved, as was expected, and it uttered some respiratory noises but, beyond that, it did not become any more active. Once the entry was breached, the parasite lubricated itself and moved more easily into the orifice. There was moisture here and much warmth, the parasite equivalent of succour.

The transport rock had landed with little more than a thud and a hiss and scores of mature parasites had immediately vacated it and urgently sought their succour. There were scores of rocks and each had scores of parasites. On a scale of planetary invasions, it had not been a terribly large one but it had proved effective on other frontiers and there was no reason to think this place would be any different.

The warmth and safety of the intestinal tract immediately triggered the reproductive instinct in the parasite. The surface of its body began to simultaneously split and dilate as thousands of tiny parasitic offspring eased their pinpoint heads out, ready to emerge, exponentially grow, and soon break out.

But something was not right.

The natural laws had always demanded that many of the invaders would die, that many would not find a warm home in time, but this had seemed so good, so right.

But death was here. Parasite death. As soon as the pinpoint heads had emerged they had calcified and simultaneously failed. All at once. Massacred. The parasite was larger and more resilient. But it too felt the attack, the imminent danger. Along with all the blood and acid and bile which fuelled the warm host, there was also something else here, something earthy and hop-ridden and black as fast death.

The parasite hardened and its skin became brittle and cracked. It felt its life squeezed out. Its final biological process was almost a sentient one. A double barrelled quasi-emotion which combined elements of a low wattage wish that its fellow travellers might fare better with a sudden all-engulfing knowledge that they surely would not.

Sean woke in the dawn light  with the mother of all belly aches. He drew the duvet around him protectively, his hands grasping his stomach and finding it to be as distended as a balloon.

Marianne woke too. She found herself stripped of the duvet and turned to fight to get some of it back. As she did so, her head dipped beneath the quilt at the same time as she inadvertently took a breath. She drew back in revulsion.

Sean raised his head from the pillow. Just.

“Have you smelled it under there?”

Sean stuck his head under the duvet and took a breath. He gagged in initial disgust and then allowed himself a subliminal twitch of pride at being the likely origin of such a manly smell.

“Sorry about that, “ he grinned, after he gingerly re-emerged, “I guess I was on the Guinness last night. I did open the window when I got in.”

Marianne balked as another wave of horror assailed her nose, “It’s awful. Horrendous. It’s like…”

Marianne punched him hard on the shoulder.

“It’s like something crawled up inside of you and died.”

Totally groanworthy. I assume you started with the punch line and worked backwards because it is, essentially, a joke masquerading as literature although I see nothing wrong with that. I’ve read a fair bit of Asimov but not for a long time—huge fan of his robot stories—but I missed the nod.

You're right, of course, Jim, and I'm pleased-as-punch with your note.

It is what is sometimes known as a 'Shaggy Dog Story', ie. drawn out but, essentially, all about the punchline.

Asimov did the same with his story 'Shah Guido G' and, to acknowledge that he knew what he was doing, he titled the story 'Shaggy Dog' just spelled differently. My nod is that my 'parasite' is somewhat similarly named. :)

I was going to mention shaggy dog story in my comment so I got that and I have read 'Shah Guido G' but it was probably when I was about twenty which is when I tore through a whole load of Asimov’s books. What I liked about him was he had no ego. He didn’t even think of himself as a writer, just a storyteller. And maybe he was but his stories have stayed with me when others have long been consigned to oblivion. The strongest image was of two powered-down robots in crates communicating in snippets over years:

George Ten and George Nine sat side by side in parallel. Neither moved. They sat so for months at a time between those occasions when Harriman activated them for consultation. They would sit so, George Ten dispassionately realized, perhaps for many years.

The proton micro-pile would, of course, continue to power them and keep the positronic brain paths going with that minimum intensity required to keep them operative. It would continue to do so through all the periods of inactivity to come.
The situation was rather analogous to what might be described as sleep in human beings, but there were no dreams. The awareness of George Ten and George Nine was limited, slow, and spasmodic, but what there was of it was of the real world.
They could talk to each other occasionally in barely heard whispers, a word or syllable now, another at another time, whenever the random positronic surges briefly intensified above the necessary threshold. To each it seemed a connected conversation carried on in a glimmering passage of time. – from ‘...That Thou Art Mindful of Him’