Facing Things That Scare You 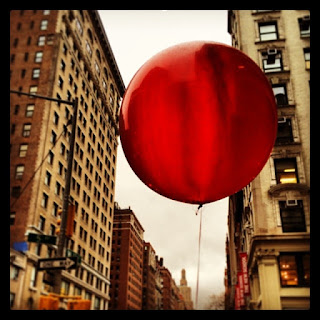 One of the best parts of this year came via our eldest son John, who finished school this year and has now moved on to University. Near the end of the school year, he and three other students were asked to write and deliver a speech to their peers about where life might take them from here. John chose to speak on the subject of ‘Being Brave’. This was a memorial speech for a much loved teacher who had sadly passed away the previous year.

At the final formal gathering of the year, the school principal quoted heavily from this speech and finished by saying that John was ‘wise beyond his years’. We, in this house, tend to concur on that point.

John’s speech talked about the importance of being brave in pursuing the things hat you are passionate about rather than those matters that society might push you towards. But the speech also went somewhere a bit more personal.

At the podium, poised gracefully on the end of a length of string, stood a large red helium-filled balloon. Near the end of the speech, John took a long needle and burst this balloon, full in his own face.

As a demonstration of personal bravery and of conquering one’s own personal fears, this could not have been more apt. When John was only a little mite, he had a balloon accidentally burst in his face at a family gathering and this was the start of a childhood/teenage existence defined by a very real fear of loud, sudden, and unexpected noises.

You might say, “we all have that”, and, indeed we probably do but not to the degree where one could not remain in a room where there was a balloon or where thunderstorms brought enormous anxiety and discomfort. It was a childhood of turning up at parties and going home again on account of the decorations, of enveloping oneself in headphones when the weather was stormy, of sitting in the movies with fingers in ears until the initial burst of the advertising slogan had ended.

It might not sound like much but it was a thing which subtly coloured many other things. So subtle that it was difficult to say exactly what they were. They only came clearer when John sorted the problem out, moved on, and everything got a little bit better.

Because that’s what he did. He sorted it and moved on and that’s the point of this week’s post. If you’ve got some kind of phobia or dread fear, it is easy to think that any potential cure is a quack remedy that will invariably fail. This is not the case. Although there are undoubtedly gimmicky quack practitioners who delight in dramatic outcomes, the professional, qualified approach is level-headed and thoughtful and it brings results. It’s the reason that John could stand in front of his classmates and burst a huge balloon inches from his face. It’s the reason that that which was once unthinkable was achieved.

“How was it done?” you might ask. There was no magic potion or trance or Voodoo of any kind. There was a series of sessions with a psychologist (which I also attended, so I know how they went), there were discussions and exercises and a series of gently escalating exposures to the object of the fear. There were coping mechanisms for times of stress and there were clear explanation that there was nothing wrong here that could not be fixed.

It took a few months, once a week. It was never terrifying or uncomfortable. It worked.

Very few people would actually relish having a balloon burst in their face or to be stuck in a violent thunderstorm and it’s fair to say that John probably wouldn’t relish it even today. But he could deal with it much easier now. Much easier.

It is also important to note that, even in the height of his phobia, John would always brave things whenever he absolutely had to. If he had to be in a room with a bunch of balloons, if he had to be close to a firework show, he always made it work. But the sweat-popping stress of it, and the toll it would take, made it something we could never ask him to do.

My advice? If you have a kid who is fearful of something, find a little gentle qualified help for them. You won’t regret it.

I’ve just left a comment on another blog on the subject of anxiety. I ended with this sentence: “If only emotions listened to reason.” And that’s it, isn’t it, when it comes to phobias? They’re irrational, mostly. Fear is natural. It’s like pain. It’s not pleasant but that’s the point. Our bodies have been practicing aversion therapy for centuries. In my new book I write:

I have a phobia. I don’t talk about it. I faced it—Carrie held my hand each time—and I got through it but phobias are habits and habits are very hard to break. So, well done to your boy for the thing with the balloon. I don’t see him going out and buying a pack at the weekend and bursting another dozen just for the fun of it. But I might be wrong. He might have a sixty balloon a day habit by the time he’s forty.