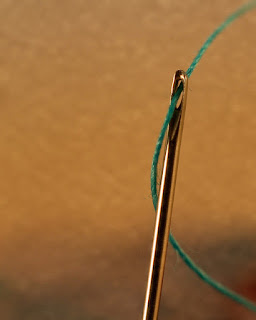 As I was telling you in last week’s post, my son John overcame a considerable fear of loud unexpected noises by seeking a little professional help. It is something I would wholeheartedly recommend you do if you have a fear or phobia that is hindering you in life.

One aspect of John’s success was a gradually increasing exposure to the stuff that bothered him. I probably shouldn’t even say that because, before you begin, the very idea of being in any proximity to the object of your fear is probably enough to keep you away. But, please rest assured, the exposure was done at a pace designed to be comfortable for the subject and, indeed, was lead by the subject at all times.

To give you an idea of the process. The first week of exposure was with balloons which were not even blown up. This may have seemed patently silly to all concerned, as indeed it did to us, but it also served a useful purpose. It made a statement that nothing hasty of threatening or pressurised was about to take place. As John and I sat with our flaccid balloons, we both felt rather idiotic but we both self safe too and that was a great place to start.

In subsequent weeks, the exposure slowly expanded, as did the balloons. Balloons were a ready source of potential unexpected bangs and, indeed, were a particular bugbear of John’s so they were good to work with. Over the weeks, we spent a lot of time with balloons, individual balloons, pairs of balloons and, ultimately, rooms full of balloons. Eventually familiarity began to set in. A level of comfort was gained.

We moved on to bursting balloons. First I did them all then eventually John would burst his own balloons. Then there were unexpected balloon bursts all over the house. Week by week, the exposure comfortably increased as, by inverse proportion, the problem lessened.

There was never a tangible ‘eureka’ moment. It was just an easy series of progressions towards the eradication of a problem that had, at first, seemed totally insurmountable. Perhaps the moment when the immensity of the improvement really sank in was a few years later when John emerged from a huge rock concert, having spent the entire time right at the front, loving the full assault of the earth shaking noise. If you have to start with the relative foolishness of a limp balloon to get to that then I’ll take it every time.

My abiding memory of the entire process is from the evening that John and I resolved to burst our very first balloon together. We had spent weeks, by this time, just spending hours in the company of balloons and they had become second nature to have around. Nonetheless, the bursting of one, even at an agreed moment, was still quite a considerable step forward.

We sat on the bed and I held on to the balloon. It was agreed that, when John felt ready, he would count down from three and I would then burst the balloon with the long thin sewing needle I had at the ready. It all felt very safe and controlled. No problem at all, just the small matter of a balloon to be burst.

It took a while but John eventually got himself in the place where he could start his countdown to the bursting.

I prodded the balloon with the sewing needle.

Oh damn. This was a critical moment. We had got to this milestone at last and I couldn’t even pop the bloody balloon. I gathered myself quickly, held the needle tight and plunged it as hard as I possibly could into the taut skin of the balloon. It burst with a satisfyingly loud bang.

It was fine. The bang had been entirely expected and the flinch was nothing more that any of us would do in the same circumstances. It was a huge success and an undoubted key stage in the whole process.

“Great,” I enthused, throwing in a hug for good measure, “you head off now and congratulate yourself on how well you’ve done.”

John headed off, every bit as pleased as he deserved to be. We burst many many balloons together after that first.

As for me, after my failed first attempt at the balloon, I had perhaps been too desperate to succeed. I had hit the balloon so hard with the needle that my attack had followed through, striking the top of the bed and I had driven the back part, the eye of the needle, right through the fleshy part of my index finger. The eye had been forced in one side of my finger and out the other. I had needed to keep this on the ‘down low’ in case it became a new unwanted association with balloons. As soon as John was gone though, I was able to hop around and swear as much as was needed to punctuate the shock of seeing my finer impaled on a sewing needle.

I pulled the needle out and it bled like a stuck pig for a while but it was fine. Subsequent balloon/needle-work was carried out using a heavily sellotaped needle.

Oh, and my finger swelled up like a balloon, which was ironic.

Fear, like most emotions, plays fast and loose with us. I was talking to someone (it might’ve even been you) about emotions in novels and how clean they are. People are happy or sad and that’s what they are, they’re either happy or sad. I’m caricaturing the whole thing and there are plenty of novels that delve into the complexities of all kinds of emotions—Arthur Koestler's Arrival and Departure oddly enough is the first that jumps to mind—but the simple fact is that when a writer says, “Such and such is sad,” then that is what they are. Phobias, of course, are especially perverse fears because they’re not necessarily fears. They can be dislikes too. Are we afraid of loud noises or do we dislike loud noises? Or cats or spiders. I have a phobia. I don’t talk about it because I’m embarrassed by it. I have faced it and conquered it but I suspect some fears, the special fears, are like addictions and they never actually go away. In that respect I’m like a sober alcoholic. I’m an oxymoron. I dislike being human. It has its pluses but there’re so many negatives, so many ways we seem to have to fight with ourselves, our bodies and/or our psyches. Why can’t we just reason with ourselves: Being afraid of loud noises is stupid so I’m not going to do it any more. Or, I’m three pounds too heavy and so I’m going to lose three pounds. Or I’m not going to feel guilty about being gay because some guy with a Bible said I should twenty years ago. Everything’s an uphill struggle. I’m sitting here working at three in the morning because my body decided it wanted to go to sleep at five yesterday evening. Stupid body. (That sounded so Homer Simpson.)