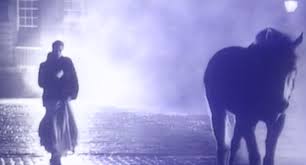 In a short while, my eldest son will strike out for University and so the Next Big Thing in our little family begins. John is off to Trinity College Dublin to study English and French and I couldn’t be prouder if you came and beat me across the back with a proud stick. It’s exactly what he wanted and he worked incredibly hard to get it. You just can’t do any better than that.

My son is ready to go, champing at the bit. Because of things like transition year and two years of pre-school, he is well on the way to adulthood and thus is mature and prepped enough for the different life which now awaits him. In his life, he has stayed in many different places, travelled quite a bit to places such as France, England, Spain, Italy and even the USA. He has accommodation all sorted in the university residences and, perhaps best of all, his good friend is setting off with him to share his room and his university life and adventure.

As with most things, this Next Big Thing got me making a few mental comparisons. I’ve been remembering a bit about that September in 1980 when I too struck out for third level education and what a different experience I think (and hope) it will be for John.

Perhaps it’s was on this exact day, thirty five years ago, that I got on the train for Dublin. It was certainly a Sunday and it was early morning. The evening before, I had been to see The Shining in The Savoy and the knowledge that my bag as packed and waiting back at home was much more unsettling than anything up on the screen.

I had a couple of things going against me. First, I was quite young. I had just stopped being sixteen a mere two months before. Secondly, I was quite inexperienced. Discounting hospital beds (of which there had not been too many but there had been a few) I had, rather remarkably, never slept in any bed but my own for a single night of my life. No holidays away, no visits to relatives, no sleepovers at granny’s or friend’s houses. So when I headed out for the train station on that damp 1980 Sunday morning I really was looking off into the unknown.

I said my goodbyes at the house and walked to the train station. I wanted it that way. Dad, in particular, seemed likely to find the going a bit difficult and, even way back then, there were fledgling concerns about his health. It was best that I slip away while he was off up the road and that’s what I did, starting a tradition of doing that which lasted for many years after.

I remember, on the train, that there was a basketball team made up of young men. They chatted and laughed and swapped seats all the way and I was hyper-aware of the fact that would all be on the train back home again in the evening and I would not.

I didn’t really know anybody in Dublin but my parents knew a man whose son has been living and working there for a few years. He was trying to sort out some ‘digs’ for me but nothing had materialised as yet. He met me off the train and took me to a B and B where I was to reside until ‘something came up’. The B and B was nice and spotlessly clean. I had a single bed in a little room in which I curled up and read 'Thin Air' by William Marshall and listened to Ultravox's 'Vienna' on my radio. They gave me spotless fried eggs and toast and a slice of bacon for breakfast. All I wanted to do was to stay there. It was warm and dry and there was a telly in a special room. I could have managed that. But it was beyond anyone’s budget for anything longer than the shortest possibly stay. Something else had to be found.

I stayed for about a week then a room became available in a house in Phibsborogh in North Dublin. I moved in with ‘Mary’ (not her real name), an elderly lady who lived alone, kept her house quite dark, and loved Gaelic Football with a great passion. For a while, it was just me and Mary then a couple of other guys came to stay and things started to feel a little easier. We got our dinner off Mary every evening and then watched the little black and white television until about nine when Mary announced she was off to bed and clearly indicated that we should do the same. I lay in bed and read and listened to Radio Dublin on my tiny transistor radio as, slowly but surely, I learned how to be somewhere other than at home.

On the night before Valentine’s Night, I ventured out for one of my first social events which did not constitute a trip to the cinema. It was Friday the Thirteenth and Mary gave me a Valentine’s card to post to one of the other residents of the house because ‘the poor bugger won’t get one otherwise’. There was a big moon.

That was the night of The Stardust Fire. I knew nothing of it until I woke late the next morning and Mary told me I’d better march down to the phone box and ring my mother in case she was worrying about me. We didn’t have a phone in the house so I rang the neighbours and the collective sigh when they heard my voice both surprised and scared me. They had all feared I was in the fire and I had kept them waiting a long time before I allayed that fear.

My memory gets hazy but, near the end of that first year, Mary got sick and had to go to hospital. The other tenants, no longer getting their dinners made for them, slipped away to other lodgings but I stayed. I looked after myself and minded the house for Mary and got ready for my exams.

Mary came home after a month or two and told me she was dying of Cancer. There was a neighbour who came in during the day but nobody else. In the evenings I turned her in her bed and made bad soup for her. Her death coincided with the end of my first year in Dublin. I was still seventeen.

This is a simple account of my living arrangements for that first year. It gives no mention of the wonderful time I had in college or of the great lifelong friends I made in that year. I just wanted to try to evoke the utter change my life went through, from one week in September to the next. The jolt and the strangeness of it all.

Times are different now. My son’s adventure will, I believe, be a grander and a happier one and one he is infinitely better prepared for than I ever was.

Let the Next Big Thing begin.

I don’t have many regrets. There are many things I’m sad about and some things I probably should regret but if I was to compile a list at the top of it (or near the top) I would put: Should’ve gone to uni. This is not the first time I’ve said this. I’ve always regarded that at the day my life turned left towards damnation when I should’ve gone right and seen what Purgatory was like. That was my Sliding Doors moment. I’m probably wrong but there’s comfort in delusion. There are so many ways a young man can make a mess of his life which doesn’t mean your son will, I hastily add, but it is an option; it’s always an option. That said had I not followed my father’s advice—perhaps that should be ill advice—I would’ve gone to one of the two universities in Glasgow most likely; there are more now but there were only Glasgow Uni and Strathclyde Uni back then; I would’ve stayed within travelling distance of home. I would’ve taken English Lit for much the same reason as the protagonist in my new novel: “He’d chosen English Literature, not so much “to immerse [himself] in some of the most exciting, and most complex, works of poetry, fiction and drama in the language,” as the prospectus put it, but really to try to give himself as easy a time as possible. He knew how to read and didn’t mind reading…”

In September 1980 I was married, had a two-month-old daughter and a career that looked like it was going places. It didn’t seem then like I’d made the wrong decision. But you never know.