Not Sure about all this Certainty 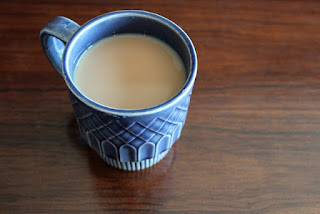 I’m rarely sure about anything.

Even a question that I’m pretty sure I’m sure about will send me scuttling to a book or other reliable source, just to make sure that I was as sure as I almost thought I was.

So, as you might imagine, all the certainty currently in evidence in the world has me somewhat baffled and even a bit worried.

Mostly, of course, I’m seeing it on Social Media but it’s bleeding across onto Real Life too. The notion of expressing an opinion or floating an idea seems to be weak and lukewarm and insipid. One has to be ‘Sure’. One must be ‘Certain’. Anything less is simply sub-par.

The rise of certainty in the online world may have some foundation in the practical limitations of Twitter. Twitter is a great place to find a certainty or two. I think, perhaps, this may have something to do with the 140 character limit. If you’ve got something to express, you have to do it succinctly in order to simply fit it into the space available. Things such as doubts and qualifications tend to get chucked out simply to leave enough room to have your say. The effect of all this tightly edited thought, on Twitter at least, is one of a wave of people who know exactly what it right and what is wrong, who have a complete grasp on who the good guys are and where the villains lie in wait.

If that’s how it started, it seems to have grown exponentially from there. People are attracted to a bit of certainly, a strong confident voice. Other people see this and they strive to emulate it in their social media personalities.

Nobody will have any regard for that kind of introspection. No, I have to weigh in strong on this subject. I mean, am I a man or am I a mouse? Wait, I know… I’m a Man!”

@KenArmstrong1 I love milky tea and fuck you if you don’t.

The overall effect becomes one of a world of people declaiming things. On Twitter  and, yes, on Facebook too, the impression is that people have the complete truth of any matter at their fingertips and they share it with force and confidence.

It’s doesn’t matter what the subject is. Something awful happens in the world, a new movie comes out, the first five pages of a book are read, the truth is plain to see and I am about to be told it.

The effect of individual certainly is compounded greatly by the social need of people to find common ground on which to stand. People these days seem to  find a sense of community in the perceived truths they can share in with their friends and acquaintances. Perhaps it was always so. In back rooms and ill-lit parlours, people were possibly revelling in their shared convictions and finding some succour there.

So it is in the online world. When someone pronounces their strong emotions with regard to the vexed question of Milky Tea, the people who weigh in behind them will, almost invariably, be those people who feel exactly the same way. These will be the people who take the opportunity to bond with the strong Milky Tea stance and perhaps even raise the stakes a little to show just how emphatic they too are on the subject.

@MilkyTeaGal4557 People who don’t drink Milky Tea are Cretins and should be SHOT. #joinus

Those people who like their tea black will tend to shy away from this discussion. Instead of challenging the voracity of the argument, they will slink away and hope to come back when a certitude is expressed that they can actually support. In the meantime, they may find a black tea brigade somewhere else and find companionship there.

Yesterday, there was a party leadership election result in England. There was much certainty on all sides, expertly and forcibly expressed. Granted, there was some debate, healthy, real, necessary debate but mostly it was people in their little Twitter boxrooms, shouting at the ceiling “This is the truth”, “These are the facts” and other people, in their little rooms, agreeing with them.

I think we need to get back to a little more uncertainly in our lives.

I think it might be a rather dangerous game, this being certain-sure of everything all of the time.

I mean, and I hesitate to even suggest this…

… what if you turn out to be wrong?

I don’t talk much about politics, Ken. I don’t understand it and when you don’t understand something ’tis best not to be too vocal, IMHO; I’ve been shot down in the past by people more knowledgeable than I who decided I needed to be put in my place. I have, however, been taking a little more interest in the subject over the last few years but only a little. I particularly noted how, for the full time the coalition was in power, they did nothing but slag off the previous Labour government. We did that in the school playground, we slagged off people. It’s a verb I equate with childishness and there’s definitively an element of that in politics which I dislike. I dislike all the empty promises too. I’m sure they’re well meant (or maybe not, maybe this is just me looking for the good in people) but all you have to do is look at someone like Obama—who some would dub the most powerful man in the world—and how hard it’s been for him to effect necessary changes. He’s the president but he’s not the government and the same here. So we have a Leftist at the helm of the Labour Party. That doesn’t mean the rest of the party if going to follow him off the cliff should he decide to jump. Things need to be kept in perspective. Nothing is certain. Other than death and taxes and the rates of both vary.

It’s an interesting observation about Twitter. I hadn’t thought about it but you have a point and it probably explains why I post so rarely. In the book I’m editing just now I had to go through and take an axe to all the ‘seems’; there were a ridiculous amount; I do tend to hedge my bets. If you asked me just now how I’m feeling (and pressed me to expand on “crap” which is my default setting most days) I would struggle to concisely express how I am. I’d certainly use up my 140 characters in my opening, throat-clearing sentence, loquacious bugger that I am. It’s what I like about fictional characters—if you say someone’s happy then that’s what they are, nothing more and nothing less. No one asks the omniscient narrator if he’s certain.

You might think that we need more uncertainty in our lives but I'm not sure that's the way to go.