The Ups and Downs of Shelter 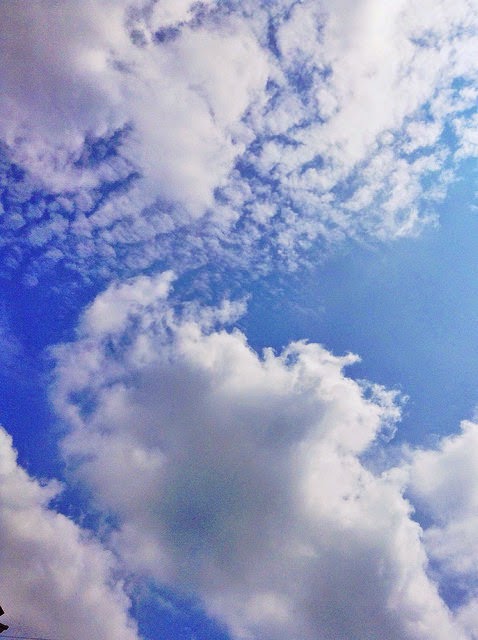 We always had trees along the rear wall of our back garden. Up until the Summer of 2014, that is, then they had to go.

The row of evergreen Leylandii had never been trimmed into a coherent hedge, instead they had been allowed to grow and grow, unchecked, for the years that we have lived here.

When our back neighbours called, one Summer’s evening, and politely noted that their satellite dish was no longer working because our trees were blocking the feed, something had to be done. We enlisted a nice tree man to come and trim the trees back a bit. “Nice and easy”, we thought, but there was more to it than that. Isn’t there always?

The trees had grown unruly, it seemed, and their boughs had thickened and started to exert pressure on the rear garden wall. The property behind is at a lower level than ours and the pressure was evident from that side.

We looked at it from all sides but there really was no alternative. The trees had to go.

This was quite a blow to me, I have to admit. Those trees had been a constant companion for all the years we have lived here. Although we live in the town, the trees always gave the impression that we could be anywhere at all, somewhere remote and secluded. The trees were a constantly moving sea of green out of my living room window. Sometimes, when I sat on the couch with the television on, I would be watching the trees rather than the screen.

The trees went, all in one day. Suddenly the back garden was an unexpurgated roar of the houses behind. To say the garden was ‘stripped bare’ doesn’t ever come close. It was eviscerated.

We put up a fence, a nice tall one, so that we weren’t looking directly into the first floor windows of the poor folk behind. It’s there now, I’m looking out at it. It has returned privacy and that is great but it doesn’t shimmer in the afternoon breeze, it doesn’t give a haven to passing birds. It does what it needs to but there are just an awful lot of things it doesn’t do.

The arrival of Winter highlighted another thing the fence does not do. Suddenly, the wind from across the town came crashing unimpeded onto the back wall of the house. Where, before, the trees had buffered this effect with incredible efficacy, now the house was laid bare to the full force of the gale. At night, one could lie abed and marvel and the force to which the house was now exposed. It took a little time to learn to sleep alongside the onslaught. A little time.

So it’s a sad story, right? The loss of the trees, the privacy, the visual stimulus, the protection, all gone. It’s a bit of a tragic thing.

I would have said so, yes, for the first few months. I missed my trees more than you might imagine. But it’s not all doom and gloom. Far from it.

Come with me for a moment and stand in my kitchen. There’s the fence along the back boundary of the garden. It’s tidy and uniform and, although I know there are houses down the back, I can only see their roofs. And look at the size of the garden now. The trees had grown out and taken so much space away, it seems to be twice the size now that it used to be.

And here’s the big thing.

Look at that sky.

Have you ever seen such a wide blue cloudless sky? Look, vapour trails, birds on the wing, space, vast endless space and light, so much light. Where, before, it was dull and constantly deep green now all if bright and spacious and wide.

You don’t need me to package this up into a tidy metaphor but there’s still a few words left to do so here it is anyway. It’s seductive to be sheltered. It’s so nice that it’s hard to leave and venture out into the storm. Sometimes we have to be thrown out and then, for a while, it’s cold and windy and not very nice. But the rewards can be great, after the shelter is taken away.

We’ll never not miss it and we’ll probably always mourn the deep green quiet of those trees.

But, hey, just look at that sky.

The last time I saw my best friend—or maybe the time before that (some time close to what was to be the day our friendship petered out)—he took me into the back garden of his hew house in Troon and showed me the three trees in his back garden and they weren’t three weedy-looking saplings; they weren’t redwoods either but they were three dirty great big trees. Three. Did I say there were three? He had three trees in his back garden and a second-to-top-of-the-line BMW out the front; there was a reason he hadn’t gone for the top-of-the-line BMW and I forget what it was but it was important that I knew he’d had the choice. I know he’s still living there—I looked him up on Facebook a couple of years back (for some reason it never occurred to me to do that any sooner)—and I suppose the trees are still there only now he has a yacht as well as—one supposes—a more up-to-date BMW.

Carrie and I used to have a tree in our front garden. No idea what kind it was—not really very good when it comes to trees that aren’t pines or redwoods—but one of our neighbours cut it down last summer which was nice of them because it was getting a bit tall and one of its branches used to rattle our bathroom window which could be a bit creepy at times. I don’t miss it. I had no emotional attachment to it whatsoever.

When I was a kid we didn’t have any trees in our back garden. Privets and rose bushes and that was about it. For the first few years you could see across the road and it was just an empty field and then the billboards arrived which were great to play on although I seemed to be the only kid who did and I never really understood why. When one of our clothes poles broke I appropriated it, strapped it to the supports at the back of the billboards and did exercises on it until one day I slipped and ended up hanging by my ankle until I could attract my next-door neighbour’s attention who freed me and then Dad cut down the clothes pole and that was that. The last time I looked the Council’d replaced the billboards and they didn’t look nearly as kid-friendly as the ones from my childhood. I imagine most of our neighbours considered them an eyesore but they did afford us some privacy I suppose.

When I look out of my kitchen window nowadays all I see are the flats opposite. For the first few eight or nine years I never took much interest in them but over the last couple of years I’ve got so I actually recognise some of the people. Not sure why I’ve just started to notice them. There’s a young family who’ve just has a wee girl. I suppose she’s about three now and just loves puddles. I’d forgotten how much joy a kid is capable of wringing out of the daftest of things.

I don’t look up much except when I have to go out, to see what the likelihood of rain is. And I never go out after dark. Christ knows the last time I looked up and saw a starry night, the kind of starry nights I remember from my childhood. I was never particularly interested in astronomy per se but there was something about seeing a sky full of stars that pleased me and I would like to hope it could still. The joy of puddles has passed me by however.