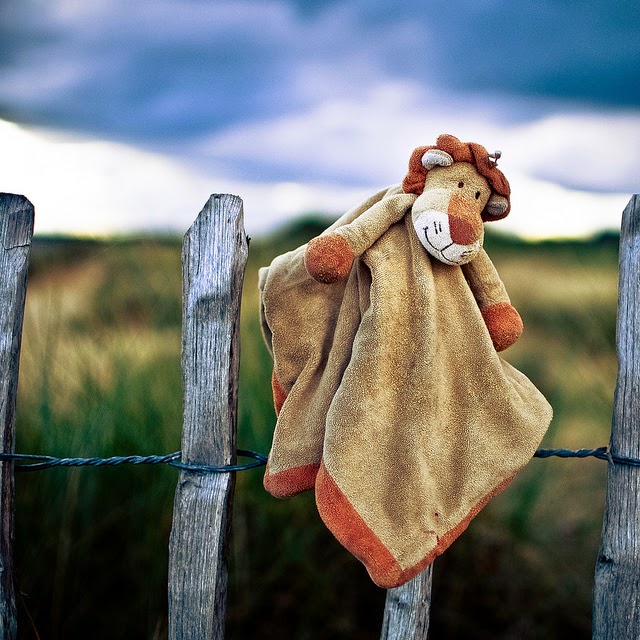 It’s probably a mistake to find general rules for life in one’s own tiny little experiences.

When you think about it though, what else do we really have to go on?

So this is one of those small home truths that I have concocted for myself from my own world. It’s a ‘take it or leave it’ deal. If there’s something here you feel might be useful to you, go, be my guest. If not, you’ve lost nothing  except a mouse click and 2.5 minutes of your day.

Really, there’s not much to tell. The meat of this post is all there in the title. The rest is mere explanation.

It’s an odd effect that I've been noticing all of my adult life. I misplace something, anything at all, a book, a key, a child… whatever. I look and I look, I search everywhere and then, on the very precipice of giving up, I say out loud, “it’s no good, I can’t find it,” and then, straight away, I do. There it is, it was right there all along. I only had to admit I couldn't find it in order to immediately do so.

It works much the same way if I get lost in the car on the way to someplace. I drive and I drive and I get more and more lost. Even when I’m totally by myself, if I throw my hands up in final frustration and shout, “that’s it, I’m lost,” then the next moment or two will reveal the right road or even the actual location I sought.

It’s weird, it’s inexplicable and there’s no logic or witchcraft to it.

Or maybe there is.

Maybe it’s like the man said, there are more things in heaven and earth than are dreamt of in our philosophy. Maybe there is some unknown force abroad in the universe that only reveals the answers when the questions are asked out loud. I don’t think so but I wouldn't, would I? We are mere mortals and these things, if they exist, would naturally be beyond our Ken (‘see what I did there?).

All I know is that I lose stuff all the time. Well, to be more accurate, I mislay things because I’m never far from finding them again. This happens most particularly in work.

“Have you seen that file?”

If I struggle hard to reason this out, I might conclude that my verbal admission of having lost something focuses my mind on the fact that it is lost and therefore increases the mental and physical resources I immediately apply to help find it again. Perhaps there’s also an ‘embarrassment factor’. I've admitted to losing it now and if someone else finds it easily, I’ll look like a fool.

Yes. There’s probably something in that.

This experience is useful on a ‘good advice’ level too. A metaphor for keeping well and seeking help and support if and when you might need it. An ‘ask and it shall be given’ sort of a thing. If you’re lost or have lost something precious, say it aloud and things may get better.

Whatever the truth of the matter and whatever the value of the effect as some abstract inspirational metaphor, I only know one thing for sure. These days, whenever I have lost something important or if I myself have become a bit lost, I am very quick to stand up and proudly admit it to anyone who will listen.

Then, at least, I know that some form of relief might just be on the way.

This post did not go the way I expected. My bad for having expectations. That’s the problem with titles. They start us thinking and often our minds head off in completely the wrong direction so that when the story does come along we’re halfway there to being disappointed anyway. It’s like when I hear my wife cooking and something tells me I’m getting ham and eggs and then a bowl of soup appears. (Pea and Ham? From a chicken?) So when I read your opening life the word that jumped out at me was ‘loss’ as in loss loss, the Big L. The photo didn’t help. You can’t lose something you never had. Old cliché. We often lose things we only imagined we had. I feel like I’ve lost a ton of stuff over the years. Some I gave away without much thought, some things were taken from me, some I didn’t even know I had—or had a chance of having—until they were gone. Sometimes they’re behind the couch—old joke—but not so much these days. You don’t know what you had until it’s gone. The worst thing I think a person can lose is him or herself. And, of course, it’s naïve to imagine that every mislaid thing can be found. Some things get thrown out in the trash by mistake. Of forgotten about so completely that they might as well’ve been tossed. I tend to cling to the moment these days. I work with what’s within reach. The rest isn’t lost as you say but is forgotten the same as mislaid? The reason we don’t find some things when we go looking for them is because they’ve changed and we simply don’t recognise them even when they’re standing right in front of us. Or worse still, we’ve changed and they don’t recognise us.

Nice, Jim. Must catch you off guard more often... 'got some good stuff out of you there. :)