A Day Out in the Big City 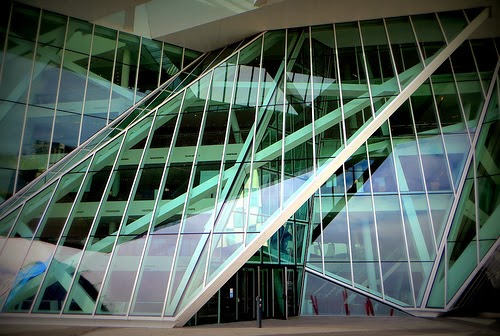 Yesterday, I had to go to Dublin. I drove up and I drove back again. I hadn’t much to do but it had to be done all the same. As a result of that, from 2.00pm until 10.30pm, I had nothing at all to do and the city was at my beck and call.

So what did I do?

Imagine if somebody had put a private detective on me for the day. “Follow him, wherever he goes, whatever he does. I want a full report on my desk…”

What a shock she would have had, my detective-follower (yeah, I made her a ‘She’, it’s my imagination) and how very tired she would have been at the end of the day.

So what did I do on my lost eight-and-a-half hours in Dublin? What’s in that report sitting on the P.I.’s desk? Two words, that’s all.

Lots of people use those little devices for measuring how many footsteps they take in a day. If I had one, I wonder what mine would have reported yesterday? Lots and lots of steps. From two to ten, with a little break here and there, I walked the city. How many steps would that have been?

It’s a thing I do, when I go to cities, if I have some time. I love to walk. Hours and hours of walking around, looking into corners, finding streets and buildings I never saw before, watching people go by. I’ve done it in Boston and San Francisco and Auckland and Sydney and Bangkok… all over the place. Paris. I only had four hours in Paris, spat out of the Gare du Lyon at eight on a Sunday morning. I spent my fours hours walking around, even though I had an enormous backpack on my back.

A manic-walker me, when I get the bit between my teeth.

There might even be some people who might read this and be momentarily annoyed. “He was in Dublin, doing nothing, for eight flamin’ hours and he wouldn’t even ring up and have a coffee or something.” I must confess, I’m a bit shy about that sort of thing. I don’t like to impose on people. If we meet, we meet and I love it but I don’t tend to seek people out to organise rendezvous. I won’t tend to call to your house either. Let’s face it, I’m a bit odd.

I’ve just been tracing, on a map, the walk I did yesterday. It’s fairly astonishing. My legs are tired today and a bit stiff, as a result. Of course, I didn’t walk all of the time, I stopped for a coffee and a bun and I watched some rugby in a pub too with a Coke. But there was a lot of walking, six hours of it at least.

So what did I learn, from all this walking and looking? What did I see?

I learned that the locksmith's shop is closed on Saturdays, that surprised me a bit. I reminded myself that it’s entirely possible to be ensconced in a crowd and simultaneously be utterly alone – that’s a good thing to remember. As always, I was a bit shocked at the high levels of people sleeping rough on the streets of Dublin.

Nothing insightful, really, nothing new.

But then it’s not really about learning stuff and figuring stuff out. It’s much more about soaking stuff up. Letting the city seep in for an hour or six. I used to be a city boy and I’m not any more but cities are a bit like accents, you may lose them when you move away but they soon come back strong when you reacquaint yourself.

“So that’s it? That’s what I get for my twenty bucks an hour plus expenses? “He Walked”?”

“And what’s this five bucks for, here at the bottom?”

Carrie and I went to Dublin in May 2004. How can I be so precise? Because to the left of me is a frame Carrie bought me with photos from our trip and she’s printed the date underneath. So, ten years ago. Feels like another life. Was another life. We did a lot of walking when we were there too. What’s amazing is that we could do that much walking, Carrie especially. It was a holiday weekend when we were there and everything was shut which was both puzzling and disappointing. What was also disappointing was the lack of Irishmen. The place was full of what I took to be itinerant workers from the Continent. I remember the girl who served us in Tesco was Portuguese. I was writing Milligan and Murphy at the time which is why we were there, to soak up the ambience of the place but I didn’t feel Beckett’s presence anywhere not even in Trinity College. The photo I used to use on my blog when I first started was taken in the airport. Carrie turned in into an artwork and a very good job she did of it too. It looks like I’ve a pint of Guinness sitting beside me but I assure you it’s coffee. Can’t stand Guinness. Tried to acquire the taste but never could. I got some good books when I was there that came in very handy. Very little made its way into the novel but that’s always the case, just enough to add a flavour of authenticity to the proceedings.

I don’t walk much there days. I’d have to leave the flat to do that and I find myself increasingly disinclined to do that. When I do I spend most of my time scouring the ground for plastic bottle tops for the wee girl upstairs who’s collecting them for charity. She took so long coming back after the first time that I tossed what I’d collected into the recycling so it wasn’t a waste and then a month or so later she turned up on my doorstep all doe-eyed and apologetic. Now the last thing I ask her is, “Now are you sure you want me to keep collecting? You will be back? If I’m not looking for bottle tops I’m looking for pennies. It’s been a long time since I took much interest in people. They used to fascinate me but I find I’ve lost that fascination even with the pretty ones. I guess I’m getting to an age where I feel a bit leery looking at young girls or even young women.

When I first moved back to Glasgow I walked everywhere. In fact the first day my dad came with me and we walked from Glasgow Central all the way to Jordanhill and he was in his seventies. The idea of getting on a bus never occurred to us. Dad was also a walker. It was a regular thing when we were kids, going for walks. Right into my thirties I’d think nothing of walking from one side of the town to the next, a mean three miles. Then I got a car and nothing was ever the same. Best thing I ever did was get rid of it. I remember when my daughter was little Dad suggested going for a walk and she wanted to know where. “Just for a walk.” “Yes, but where are we going?” “We’re not going anywhere. We’re just walking.” I think I was a little embarrassed when she asked that because it revealed that she’d no concept of just going for a walk. Just one of the many ways I’d failed as a father.