Not As Good in Real Life 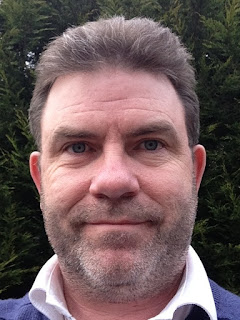 Social media is great, isn’t it?

I think so anyway.

It’s something that has to be learned. From the outside, looking in, it can all seem a bit sad and low-life. All those poor people tapping away on their keyboards and smart phones, telling us what they had for breakfast, probably even taking a picture of their breakfast and showing it to us, for pity’s sake.

But there’s more, isn’t there?

There’s lots of stuff in the world, lots of people who, due to Geographical Considerations mostly, are not available to you in your own town. You won’t meet them in Tesco, you won’t see them on Castle Street next to the violin shop. But it’s all there for you, it’s all there to be seen and heard and played with… on Social Media.

More than that, it’s there to be talked to but it’s there to talk back too. What do you like? Who do you like? It’s there for you. And it may seem sad and valueless from the outside looking in and in many cases it may well be but, really, it’s as great as you wish to make it. That can be pretty darned great.

Of course there are downsides to having a social media existence. Some of them are probably of my own making and don’t relate to anybody else in the world at all anywhere.

Here’s one of them.

I am not longer as good in real life as I am on the internet.

Let me explain a bit.

I have Facebook which is by far the lesser of my Social Media playgrounds. Twitter is my thing really. To make these things work for you, you can’t just stand on the edge and watch everyone splashing about, you really have to dive in among them and swim. And, because it’s not really you, it’s a computer representation of who you are, because of that, you have to define yourself a little bit within that Social Media Swimming Pool. You can choose to do that only a very little bit, you can say whether you’re a man or a woman, what age you are, what part of the world you are in. You can do as little as you want but one thing is for sure, the longer you do it, the more information about you will seep out.

It’s like the man and his bicycle in ‘The Third Policeman’, the more he rides his bicycle, the more of his molecules are transferred over to the bike and the more the bike becomes like him. So it is with Social Media, the more we do, the more of ourselves we reveal.

Except it’s not that simple. Like it or not, subconsciously even, we will tend to give a good account of ourselves online. The photograph or drawing which we will choose to represent us will not show us with a huge nose-spot or grey underpants ridden halfway up our back. The person we depict will never be the real person and will, almost inevitably, be a smoother, sharper, less-hairy person than the real one really is.

I can only ever speak about myself. Look at me on Twitter. I have a lovely avatar drawn for me by my good friend Maria. It’s based on a photo and it looks quite like me, it really does. But it’s a smoothed-out me, a younger-than-real-life me, a several-pounds-lighter me.

This is true of the things I say too. I get to consider them, my tweets, I overwrite them then edit them down and buff them up with a virtual cloth before I send them. In real life I only get a chance to blab something out and it’s often shite, I’d often like to take it back and do it again but I can’t. In real life, if someone says something to me, I generally have to respond even if there’s no good cool answer available. Not so on Twitter, I can breeze on by and ignore. I shouldn’t but I can and I sometimes do.

I’ve been doing all this stuff for a while now, a good few years, so the Social Media Me has a bit of depth to it. Like it or not, details have been filled in. People know me on there. They know how I might react to something, they know when I might run for the hills, they know I like a laugh. It’s me, it’s really me.

But it’s that smoothed-over me.

Let’s take two aspects of me to try to elaborate, in microcosm, what I mean. Eyebrows first. My eyebrows, as depicted in my Twitter avatar are pretty good. They are well-behaved, dark and largely uniform. In real life, hitting close to fifty as I am, my eyebrows are unruly, grey-impregnated bastards which throw out lengthy tendrils of eyebrowness overnight (it seems) to catch me unawares at social occasions involving mirrors. My eyebrows are not as good in real life.

Then there’s my ‘running’. I tweet about my ‘running’ most weekend mornings after coming in from the lake. It’s not so much to brag, it’s more that I feel energised and want to share that feeling. My ‘running’, if viewed only on Social Media could be seen as a wonderful thing – a rippling Adonis easing along the glittering morning lakeside. In reality, my ‘running’ is a crimson-headed breathless stumble through unrelenting dogshite and drizzle. I know this, yet I do little to dissipate the illusion. It all serves to make me better online and more disappointing in real life.

Perhaps it was inevitable. Looking back, how could it not happen at some time along the road? The Social Media Me is now better than Me.

I am not as good in real life.

Hands up. I’m being deliberately stupid to try to make a point. I really am as good in real life. In fact I’m way better. All I’m trying to do is illustrate a niggling feeling that this Social Media lark can instil in you if you play with it too much for too long. This niggle that one is really a disappointment, it’s a teeny-tiny thing rather than an earth-shattering dilemma. It’s hardly anything at all.

But it does exist. On some nano-emotional level, it’s there.

Shall I tell you how I know it’s there?

There’s a moment when it shows itself, for me anyway. One moment when I really feel I’m not as good in real life as I am in my binary form. It’s when I meet someone for the first time. Someone who only knows me from Social Media. It’s only lasts for a moment then it’s gone. For that nanosecond, before the greeting, the conversation, the real life interaction kicks in, there’s that niggle.

I often think that the internet must, in some way, be akin to the after-life, where people are no longer encumbered by their mortal bodies and are able to exist as pure thought, minds flowing freely as an expression of ideas and concepts.

Of course, I am also disappointed with the reality of myself.

An interesting point of view Ken. But I wonder whether we are also not as good in real life, as in social settings. I always consider myself a pretty friendly, easy going sort of person, and I'm reasonably confident that most people see me that way. But they don't get the opportunity to see me stropping around the house, and cussing when things don't work out as planned. So I'm not as good as my social self. The other point is that I think we all have a perception of how we appear to others. A quick look in the mirror soon puts paid to that misconception. Finally, why did you spoil my image of your lake running. Thanks for the blog Ken, always a joy to read it.

You're one Ken on twitter, another at work, a third with your wife, a tenth, a twentieth, a thirtieth at a shop and all these Kens are the same Ken. I don't believe anyone ever knows anyone - and I like that, I relish that everyone has surprises in them - but it is the same for everyone who knows you in any way. The difference with social media is just that it's the only way someone can get to know a Ken and have the chance to get to know another one of you by meeting up. Two Kens. What could be better?

'Course, I did meet someone from twitter who thought I wa so mild that I'd take any bollocks she could throw at me but I see that as me being disappointed by her, her being surprised by me, and the pair of being infinitely better off not talking online or anywhere. But the principle stands.

I really liked this Ken. The bit about your eyebrows had me chuckling as mine do that too and I wouldn't share it on social media.(Oops-I just have) At least you're aware there are different versions of yourself! Food for thought as ever and humorously written.

Chuckleworthy AND serious! I think we all have a tendency to hide behind photos on social media sites ... but if one is trying to hide, beware, because words speak louder than pictures and one's true self will show because of them.

Strangely I feel very self conscious on Twitter, hence am slow to get involved in conversations and read more than I tweet. Must learn to jump in and swim in that pool. Then again I can't swim in real life! Enjoyed the blogpost as usual.

Great piece. I like that idea of who you are, or not.

It reminds me of Walter Mitty in a way.

We are all different there, online, in our little boxes, not unlike each day that we fill up with words and actions (and food).

I find that all life is there and that people take from it, and give, what they can afford too.

So I'm a week late in replying to this, but what the heck. I did think of this comment back last Sunday, so that counts, right?

I think you're right that our Internet versions of us are often better than our real versions. They're the people we'd like to think we are; the people we'd quite like to become.

The thing is, it's possible to use this to become, in some way, that person.
For instance, I know you think of me as someone who writes a lot. (All those 1k1h tweets, after all.) And I am that person who writes a lot. But I've only become that person BECAUSE I proclaim to the internet that that's who I am. I use it to hold myself accountable, and I've been doing that for so long now that it's worked.

In other words, letting 'unreal' people only see the side of the real you that you want to improve/become, can make that side become just as real as the rest...