Not Your Failing, Mine… 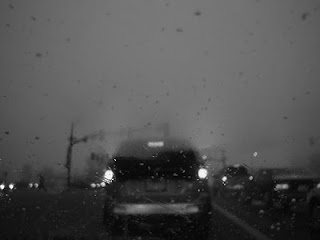 You would think we would know all about our failings instinctively. Well, I would anyway. They’re my failings, after all, who could possibly know them better than me?

That’s probably one of my failings right there. Thinking that I should know my own failings automatically and with consummate ease.

That’s not really the way it works, is it?

Our own failings are elusive things, to ourselves at least. Oh we think we know them, we can reel a list of them off in a neat litany if required.

It’s like when we were very young and were brought to confession by the school teachers. We came up with a few superficial sins quite easily, something to carry us through the process without incurring too much sanction. “I told a lie, I was rude to Mum and Dad, I peed in the holy water thing…”. It’s just the same in real life (for me at least). I can list a dose of my failings for you, if you like, but they’re only superficial ones. They don’t go right down to the bone.

The reason I’m writing this is because I think I noted one of my real failings recently. One of those ‘bone deep’ ones that keep themselves hidden from me most of the time.

What happened was that I found myself in quite a good mood and, as I took my good mood from door-to-door (figure of speech) on my daily routine, I suddenly found that everybody else was in a better mood too. People were a bit more outgoing and chatty and fun. “How odd,” I thought, “that just when I got happy, everybody else got happy too.”

That’s the moment I got reminded of this failing of mine.

I say ‘reminded’ quite deliberately. This revelation shouldn’t have been any news to me. I’d seen it clearly demonstrated at least once before. I think we tend to forget our failings, after we find them out. It’s probably quite understandable that we would.

The first time this failing became apparent to me was not ‘today-or-yesterday’ either. In fact, I remember exactly when it was. It was on 4th January 1986. I was driving back to London after a good Christmas back home and I had a couple of friends riding along with me. Some of them stop by here for a read now and again so Hi, guys, I hope I tell this right.

I remember the date so vividly is because it was quite a memorable one. It was the day that Phil Lynott died. It was utterly miserable. We were leaving home yet again, we had two hideous car journeys and a ferry journey ahead of us and Brush Shiels was crying on the car radio for his poor lost friend.

My friends – the other people in the car – were being awful all the way along the first part of the journey. They were being miserable, self-centred, ill-tempered, cranky and utterly without joy. In fact, they were getting me down. When we arrived at our pit stop in Dublin, one of these friends – a very great one – took me aside and had a quiet word.

“Can you please just stop?” she said.

“Stop being miserable. You are being ill-tempered, cranky and utterly without joy. Can you just stop?”

That day in the car? Everybody was fine. Everybody except me. I was being a miserable git but all I saw was myself being reflected back at me in those other poor people who were unfortunate to be present.

This happened all over again recently. As people became chattier and generally happier in themselves, the lesson I learned back in ’86 slowly came back to me. It is one of my failings that I impose my own misery on other people’s countenances and then blame them for that.

It’s important that I remember my failing this time around. Maybe this post will serve as a reminder. It doesn’t mean I’ll change or that I’ll do anything differently. I actually reckon I won’t.

But at least I will be aware of what I’m doing.

Being a miserable git—black belt, second dan—I do get this. For some strange reason though I don’t expect the people around me to be miserable simply because I’m miserable—why would anyone want to be miserable unless they had to?—but I’m not so naïve to think that my moods don’t have some effect on my nearest and dearest. Those who do know me well like my wife (bless her) have, however, over the years developed something of a resistance to my misery; they don’t automatically assume it’s them that’s making me miserable. It does puzzle me though why people aren’t more miserable than most are. And I suppose that’s my failing: I expect the world to see things my way when mostly they don’t. I don’t usually use the word ‘miserable’ but I do think of myself as ‘sad’. Psychologists would say I suffer from low moods but I don’t really feel like I’m suffering; I find happy people insufferable. I used to word with a girl called Tracy who was completely unputdownable. Nothing upset her. Drove me batty. I guess her body just produced too much serotonin and mind produces too little.

I was never a huge Thin Lizzy fan. Didn’t hate them but didn’t love them. For some odd reason the first bit of trivia that jumps to mind when you mention Phil Lynott is that he was married to Leslie Crowther’s daughter. God alone knows why that stuck.

Great post. Definitely better to be aware of your failings methinks. We can all learn from this :-)

Hate to be pedantic,Ken, but surely you arrived in London rather than Dublin?
Otherwise a very enjoyable read. Despite the fact that I have absolutely no failings of my own, I totally got what you were saying.

Haha, Jim, for a moment I stopped and said, "Does he do Karate?" Good remember on Leslie Crowther. I had forgotten that.

Thanks ND, always glad of your comments.

Olaf: Thanks for stopping by. It was Dublin but I can see how I mislead a bit on that. I've edited now to make more sense. Much appreciated. :)

You're so right. One thing I noticed after losing weight was that people were so much friendlier and chattier. Of course it wasn't the physical changes, it was because I was no longer miserable and trying to avoid notice.