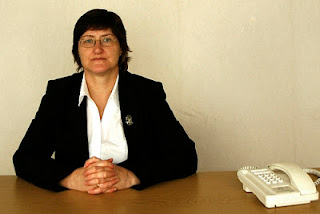 Sometimes I may not reply to you on Twitter. Today I wanted to give you some reasons why.

But, hang on, before all you non Twitter types go running off back to your lives and your relationships, give me a moment. The reasons bend towards my feelings about writing in general so, you know, give this a chance, maybe.

And, yes, sometimes I don’t answer you back when you tweet me. Not terribly often, I generally like to engage and chat-very-briefly and such. Twitter works best like that, I think. Not as an elongated discussion but rather as a series of epigrams – you say something, I say something back, perhaps you say another thing, then that’s about it.  Twitter dialogues that go on and on generally make me feel self-conscious, particularly if I have to be one of the people involved. Chats like that feel like they are for somewhere else, I’m not really sure where. Maybe it’s just me but, if I see two twitterers go on-and-on at each other, I tend to wish I could switch them off for a while and leave them to it. Sometimes I even do.

Reason One why I may not answer you back is ‘busy-ness’.  I’m lucky, over quite a number of years, I have built up a busy little Twitter account. The people I deal with are smart interactive sorts and they often have something to say, which is genuinely great. Sometimes, though, in those rare times when I manage to tweet something that lots of people want to react to, I can get a lot of replies all at once. It’s wonderful and makes me feel interconnected and a part of something cool. It’s just hard to reply to them all, that’s all.

Reason Two is a little difficult to admit to. Here goes. I won’t usually reply when I don’t understand what the hell it is that you just said. People sometimes reply with smart, knowing references that I simply don’t get, people sometimes refer to some other tweet that I never saw, people are sometimes drunk and talking pure shite. I don’t tend to reply to incomprehensible tweets and here’s an interesting side-point out of that reason. I don’t actually think that Twitter is a very good medium for seeking clarifications. I’ve said it somewhere before, my personal Twitter is like a river and it needs to flow along nice and steady. When someone pops up wanting a recap of what’s just been tweeted or perhaps an explanation of what a certain tweet is all-about then a sort of a log jam happens in the flow. We have to back up and explain stuff and that’s a bit jarring. That’s the reason I just won’t reply if I don’t understand what you tweeted at me. I don't want to make you explain. I just hate those little log jams.

Reason Three is simply this. Somebody has to stop. There are a number of Twitterers who seem incapable of ending a tweet exchange. They will keep coming and coming with reply after reply (after reply) (after reply). Why they do this I’m not sure. I think it relates to reason two above, that people are looking for a chat rather than what I might call a 'little-tweet' (am I the only one who sees those as two completely different things?). It’s sweet-and-all but, hey, somebody’s got to stop this thing before we all die of old age. So I generally do it.

Reason Four: This, I think, is the writing-related one and thank you for hanging in there for it. It’s the nicest possible reason why I won’t reply to you. Put simply it’s because, in the tweet exchange we’ve just had, we’ve actually created a rather beautiful thing together and to do any more would be to spoil it. As a person who has always loved to write dialogue, Twitter is something of a gift to me. It’s very much a medium for heightened dialogue like one might see in a Mamet play or even with a writer like Martin McDonagh. The chaff of utterances like ‘nice weather’ or ‘how are your feet today?’ are generally blown away in people’s desires to cram their point into the 140 characters. People become succinct and apt. This heightened, pressure-cooker writing environment can lead to some lovely, lovely, lovely, moments of twitter-dialogue which would not be out of place in a Woody Allen movie or a Neil Simon play. When this happens, it’s a bit like doing a fine pencil sketch, one stroke too many and the effect may be completely ruined. In these moments of fleeting beauty, it is absolutely crucial to know where to stop. So, if we’ve tweeted a couple of times and I suddenly stop, please don’t be too annoyed, if Reason Four pertains (and it might) then I’m only stopping because I feel that we have created a thing of beauty together and to do any more would be simply churlish. That’s okay, yeah?

There you are; four reasons.

Reading back, I think I’ve come out the far side of this post looking more than a little odd. That’s probably right. I’ve been on Twitter for a long time and it’s a part of my daily life which I value and respect. Perhaps it’s not too odd then that I would have my own particular preferences for how I play with it and, indeed, how I allow it to play with me. Your own Twitter will, I hope, be quite different. At the end of the day, Twitter is little more than another blank slate for us to write our own stories on.

And, as we know, there are eight million of those in the naked city.

From @SuQ10I really enjoy your blogs about Twitter. I agree with Bass, sometimes I carry on replying because I feel impolite if I don't. However, when someone doesn't continue replying I'm often glad because of either "busy-ness" or I'm stuck for something to say next. I love following the writers and journalists but I'm always a little inhibited and self conscious in replying because I haven't got their writing skills. (I shall be checking my punctuation after this and still won't know it it's correct! )
I'm much more at ease when I meet people face to face where i think my inter personal skills are better than my tweeting/writing skills!
I read some wonderful long exchanges onTwitter from witty, interesting, often home-bound, people.
I love Twitter and as you say, it's what you make it. Sometimes, I just go on, have a look, don't say anything but enjoy.

I regularly do all four of these, plus some others which if I think about it are probably corollaries or combinations e.g. if the dog is leaping around on the carpet because I have just told her we are going out, then even if I see a tweet to me as I put her leash on I won't make her wait longer by tweeting a reply - and by the time we come back in and I'm online again it's possible I'll decide that the moment for the conversation has passed, that it's best left floating in the air into a soft nothingness than dug up and rolled on.

Sometimes I won't respond even if asked a question - simply because I like the question so much. In these instances I'm likely to click that favourite button thingamajig though, as a sort of a gentle smile of acknowledgement.

The only function 'button' needed is the one in your head that recognises context. I realise that might sound patronising but it's not meant that way; that Twitter isn't FB isn't email is easy to forget when something grabs your attention and you want to run with it.
I also think a 'Like' or 'Agree/Disagree' type function would undermine some of the character of Twitter, which is based on quips, ripostes, and, as Ken pointed out, concise commentary.
I love it because it forces me to be controlled, given as I often am to verbal diarrhoeia - a selfish form of communication. There's nothing impolite about leaving a 'last' tweet;it may be more thoughtful to leave it, perhaps.

What oft was thought but ne'er so well expressed.

I agree with everything you've said but silently so you won't hear it.

Reason 4 is perfect - that's why my first marriage ended.