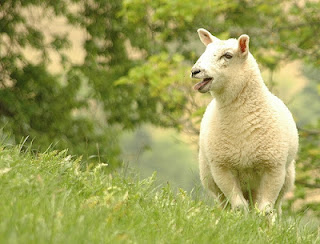 It’s the Silly Season. Politicians go on holiday so the crap they say that usually take up newspaper pages is lessened and so the newspapers have more blank space to fill.

It must be my Silly Season too.

Normally I have a clear idea, from quite early in the week, what this weekly blog post will be about. I always write it in the days before it appears here. That just seems to work well for me. Usually my mind is clear what I will scribble about and I can then enjoy a couple of days of juggling lines-and-things in my head in prep for the writing of it.

Sometimes, though, it can happen that there is nothing. Nothing in my head that I feel I can do 800-1,000 marginally-engaging words on. That’s when I have to push it a bit. I have to come up with Stuff From Nothing. I’ve done this on previous posts like here and here, if you fancy a look.

Of course, I could throw together a blog post for this week without making up any Stuff From Nothing. I could review a film or a book or two. I could make up a bit of writing advice (emm… Ken, this might be turn out to be that one). I could do any of these things and get by. Sometimes, though, the lure of trying to make Stuff From Nothing is actually quite strong. It’s a lot like me going for a run; I’m afraid that I won’t be able to do it and that I’ll make an idiot of myself but I also reckon I can do it and that it will be good for me.

So, this week, mid-week, I had pretty much given myself licence to have no clue as to what this post would be about.

My mind goes to work then. It starts to look around harder. Something that might have just happened to me, is it funny/interesting? News, Olympics, Weather, Town, Home, Telly, Breakfast, Washing Up, Driving. What is the Velcro thing that will stick to my brain and grow fuzzily in the Agar Jelly there? It’s not even a conscious thing, the mind works away back there behind the work and the shopping, looking to see what sticks.

I can’t tell you all the options I must click through, mostly ‘cos it’s subconscious but, as time passes, there is a growing awareness of this Sunday morning deadline that I always set myself and that adds a little more grist to the mill. As the clock ticks down, the net gets sunk ever-deeper and stranger little fishes get caught in it.

Anyway, what happened this week is neither earth shattering or, indeed, particularly good. A connection was made, here in my head, and I like connections. When linkage is achieved between two different subjects then, I personally feel, the possibility of creativity is increased. I could be wrong.

I was in the shower, scrubbing away, and the mind was ticking over. It landed on a nursery rhyme and stopped there… Stopped. ‘Mary had a little lamb…’ Why? Why stop here of all places? What is there to see here?

I like ‘Mary had a little lamb…’ there are some funny variations on the original involving, in no particular order, Tommy Cooper, Lumps of Bread, Bear(s) Behind(s) and, em… Grunting but they’ve all been done to death so why did my Velcro, Agar Jelly brain choose to land here for a moment?

Explore further before you fly off again, brain. Cast around a bit.

What, I wonder, does ‘Mary had a little lamb’ tell me?  Look at the verse in its entirety. She had a lamb, it followed her around, it even went to school with her. Wait a minute, how long could this have lasted, this ‘Status Quo’ of the ‘Mary had a little lamb’ verse?  It was a lamb, it was cute and white and a great novelty at the school on day one, I have no doubt, but what about day two and day three.  A needy, bleating, shitting little beast in the classroom, how long before the show-and-tell benefits wear off? How long before cuteness becomes a liability?

Barred from school the lamb was tethered in the back yard while Mary got her schooling. Crying and grieving for its imprinted mother, the lamb took to tearing at itself and rolling in all kinds of muck.

Being a Finsheep Ewe lamb, it reached puberty at four months and became adept at slipping its leash, jumping the gate and following Mary into town where she liked to go on Saturdays in order to meet boys. The sight of a fully-grown daggy sheep trailing at her heels made her a figure of ridicule and general social cruelty.  Then the sheep contracted a disease called ‘Orf’ or ‘Scabby Mouth’ which it transferred to Mary, further reducing her social-standing.

One day, seeing the trouble it was causing, Mary’s Dad took the scabby daggy sheep into the back shed and dispatched it quickly with a 12 bore up and under shotgun that he had unwillingly inherited from his paternal grandfather. The episode was over. Returning from town, where her scabby mouth and nibbled hem had done her no favours, Mary was distraught to learn of the fate of Bartholomew (for such was its name). She pined and suffered nightmares where she heard her father in the shed with the sheep. She heard the scream… As soon as she was of age, she moved away from home, got fit, changed her name to Clarice Starling and the rest is history.

So ‘Mary had a little lamb’ is a reflection on the transience of happiness. How every wonderful moment in time must inevitably fester and rot.  Who would have thought it? Not me, not until I forced myself to.

I should also note that this little connection I made, between Mary and Clarrie, is probably not an original one. There are so many minds in the world, thinking about stuff, making connections, that it is truly hard to have an original thought of any kind.  However, I did make the connection myself and that allows me to invest something into it. It is what I do with that thought, that connection, that’s what can make for an original piece of Stuff From Nothing.

It's okay, I think I already know what next week’s post will be about.

I’ve just learned that there’s a new TV series in the works focusing on Clarice’s old nemesis Hannibal. Just thought I’d mention. It could be a flop, it could be great. It all depends. I’ll give most things a go. As far as posts go I marvel at your ability to churn out these chatty little efforts week after week. I think about doing them but never get very far, the opening paragraph or two usually where I try and come at my subject from the most awkward angle imaginable, twisted bugger that I am. I do fine in comments and I genuinely look forward to seeing what you’re going to talk about each week. It’s my writer’s prompt. I know a lot of writers out there whip up poems and bits of flash fiction in response to regular prompts but I personally shy away from them. I have writen a couple of decent pieces based on a prompt—one has just been accepted for publication much to my great surprise—but I always feel there is something a tad forced about them. Now this post was not forced. The idea came to you (most important this) and you went with it. Had I suggested you write on old Macdonald’s farm I have no doubt that you would have given it your best shot but I suspect it would have lacked something. I’m editing short stories at the moment. They were mostly written twelve years ago and I’ve not even looked at half of them since then. So when I read ‘Scent’ a few days ago I had completely forgotten writing it which is why when I drop the bombshell halfway through the piece I thought to myself: Where the heck did that come from? I have no doubt it simply popped into my head and I went with it. I’m damn sure I never started out the story knowing where I was going; I’m not that kind of writer.

I like your take on ‘Mary had a Little Lamb’. A while back someone was asking for updates of fairy tales and I had a crack at ‘Little Red Riding Hood’. Mine was called ‘The House on Needle Street’. The idea came to me in much the same way as yours did. The first story that jumped to my mind was ‘Little Red Riding Hood’. I researched the origins of the story and read several variations by which time I was more than ready to write. It’s an okay story; needs work. I’m not entirely convinced that Ginsberg’s mantra of ''First thought, best thought'' is the way to always go but there is something to be said for going with your gut.

My first read of your blog, and on the strength of this, not my last!

Your mind works in a similar way to mine. The other night whilst counting the livestock on Ronald McDonald's farm, I got to wondering if he lives alone and how he's doing in the current economic climate. I then made a cup of tea (obligatory) and wondered about what I was wondering about. I was scared it was some seriously scary shit. But then I read this and realised all is well in the world.

When you're next looking for "stuff from nothing", how about dissecting "Ride a cock horse to Banbury Cross"

Just don't Google "Cock Horse" when you're in the office, Trust me, it doesn't end well.