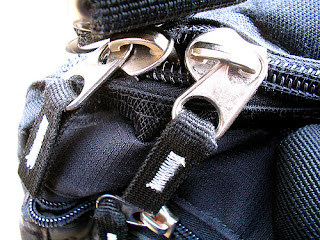 My son Sam got his summer holidays from school last Thursday so I went to the school gates at exactly twelve noon to meet him and to take him home. He came down the steps, a little over-burdened with copybooks and several of those pieces of artwork which always seem to deteriorate as soon as they get out of the school walls.

He looked happy but not overjoyed, just happy.

My boy’s school summer holidays are a big deal for me because I remember my own so well. As a person who has always relished being left to my own devices, that day when summer holiday arrived was, for me, a glorious moment of release and almost infinite potential. So Sam’s looking just happy was not good enough, I wanted to make it better.

But before I could even think about how to start, we were accosted, Sam and I, by a lady and her son, right there at the school gates. Apparently, Sam had agreed to sell her son his school books from last year and it had fallen to this last minute to sort it all out. Because some of the books were still in the school, we had to go back in and search around for a bit. We wandered up and down the suddenly-deserted corridors in search of the elusive books and eventually it all worked itself out.

But in my drive to resolve the book issue, I had missed how distraught Sam had become. The normally stoic little man was, I now saw, on the very edge of tears. Large wet pools loomed in his eyes.

“I don’t know, I’m sorry I don’t know.” He always says this before he gets around to knowing exactly what it is and telling me.

Sam had been out.  He had done everything, got to the front gates of the school and marched out into his very own summer… and I had brought him back inside. When everyone else was free, he was still there, still trapped. He was right, it was almost too much to bear.

Something had to be done.

We got out of there, consoling each other on the terrible trial we had just endured, and we hit the local cake shop. We grabbed a little table by the window and pondered over our selection for a long while as the patient counter-lady looked on. Sam had a chocolate muffin and a Coke and I had a coffee and my ‘Bun of the Week’ pushed forward one day out of necessity.

Sam had been issued with his school report on this last day and, as we sat and feasted, I got it out of its envelope and had a read while he looked rather anxiously on.  This was not a dangerous thing to do.  Sam is a mild-mannered studious fellow and his report was never going to hold any major bombshells.

“There’s only one thing to do with a report like this,” I announced, “we shall have to go over to Gamestop and get that game you’ve been hinting about.”

The rest of our little snack was better. The hurt had been healed.

And, as I sat there, finishing up my suddenly-excellent coffee, the cake shop seemed to sharpen into an almost high definition focus. Everything, the condensation on the window pane, the uncleared table towards the door, the smiling man in the back booth, everything seemed to be more vivid than normal.  I had one of those moments, a little like what Nicolas Cage experiences at the end of ‘Raising Arizona’ but more far-reaching. Because, where Nicolas only saw himself as an old man, I saw further. I saw Sam, as a grown man, many years down the line. I heard someone ask him, “Your dad, what was he like?”  I saw him strain to remember.

“He went before his time, of course, and that was sad, but he was good. I remember he used to pick out good books for me in the library, he was nice to just sit on the couch with, under the quilt, and watch a DVD, he liked it when I did stuff myself instead of having always been asked to do it.

Oh and, once, on school-holidays day, when things were really going pretty badly, he brought me to the shop and bought me a bun and made me feel like things were all right again.

End of term here too - and my girl left primary this time so a big change. She kept saying she was happy but sad too (she loved primary... she's a very young-at-heart kind of a girl). I am excited by the change but terrified too!
x

Hi Rachel: My eldest guy is well-embedded in Secondary School now. He really enjoyed the step-up right from day one, I'm sure it will be the same for 'Rachel Jnr.' :)

Hi G: As, sure, you know better than most where I'm coming from eh?

The list of things I hated about being a part-time dad is a long one but there are several things about reading this that got to me. I never saw my daughter’s report card. Not once. I never met her from school. I never spent summer—or any other—holiday with her. It was two days a fortnight as ordered by the judge. I went to her primary school once to see her teacher but the woman made me feel so unwelcome I never went back; it wasn’t as if I lived in the same town and could just drop in. Despite all of that I developed a strong relationship with my daughter that continues to this day. Several times I’ve written poems where she is the voice and I’m the dad. Like this one:

My dad was an incredibly sad man.
He saw sadness in everything
in art and literature but
mostly where there shouldn't have been any.

He wasn't sad
like someone had died though.
He had his own
special kind of sadness.

It didn't exactly make him happy
to be surrounded by sadness.
That's not the right word for it .
I suppose it made him feel less alone.

Of course my daughter doesn’t make me feel sad but she is acutely aware that this underlying sadness exists. I think I was a bad dad. She says not. I disagree. I should have made more of an effort to find out about her school life and not just accept what she told me. Her mother and I never talked, not a word if we could get away with it and time did nothing to heal the wounds. I’d stop the car outside their house, my daughter would come out and when I dropped her off she walked down the garden path alone. It was never supposed to be that way and if you’d told me that my marriage to her mum would be over in five years I’m pretty sure I would not have had a child with her. I never signed up to be a part-time dad and the best time of my life was when she was seventeen and she left her mum’s and came to stay with me. It was only for about a year before she got her own flat but at least I had a taste of what it might have been like to have been a full-time dad.

She came over a couple of weeks ago and I got her to instruct me in the gentle art of Twitter—I think I mentioned that on Facebook—and she was so genuinely moved by my appeal—gave me a hug and everything—because I think that’s the first time the shoe has ever been on the other foot; I’m always the dad with the answers. Of course I could have muddled through or asked someone like you but I thought it was time. Here’s the opening of a short story I wrote for her after she told me she was moving out:

The future as a blank page—it’s a popular metaphor—and I thought I knew what my dad was going to go on about the moment he opened his mouth. Why, I’ve no idea, because, predictably, and, in that way that endears people to him, he flipped the whole illustration on its head and left me gobsmacked. Or am I just seeing him with a daughter’s eyes?

“The future,” he began, before pausing for effect no sooner than he’d started, “is like a blank piece of paper and there’s nothing more foreboding that being faced with a white sheet of paper when you’re not sure what you’re expected to say. But who says you’ve got to write anything? You could draw on it, scribble on it, fold it up and put it in your pocket, rip it to shreds or make an origami water bomb out of it. It’s your future—you’re the one who has to live in it when everyone has long run out of remarks to pass about it. Remember that.”

He’s a clever old thing, my dad, and that wisdom rests on a pile of mistakes a mile high. “We learn from our mistakes,” he once told me, “which is why I’m a genius.” He’s not a genius but I do tend to listen when he goes into wise old owl mode.

Hi Ken. Just wanted to stop by to say hi, and that I read your post :)

Hi Jim, we're indulging ourselves a little, as Dad's today and, sure, why not? Your extracts ring through with me in many ways. I have a wee theory that all Dad's will conclude that they are pretty-much bad Dad's, it's just such a male thing to do. So I know you have a laser-beam vision of your own feelings but I still wouldn't be too hard on yourself. Your daughter sounds like she turned-out lovely and I'm sure you've been a big part of that.

Simon: Thanks. Well said. True, that... apart from the end bit, upon which I couldn't possibly comment. :)

Ben: Always a pleasure to see you hear, kind sir.

You're a lucky guy Ken. I'd take my ex and the twins back in a jiffy, but she's moved on and I hardly ever get to see the girls.

Dear Anon, Yes, I do know I'm lucky, it's one of my very greatest talents. Thanks.

William: I choked myself a little too, so you're not alone.

Jeez, Ken, this afternoon we sold the cot bed our two have slept in and now outgrown, so it was already an emotionally precarious day. You've tipped me over the edge (In a good way, of course ;-) )

I hope you guys have a great holiday, take care.

Superb! A man after my own heart - gonna have to link up to this I'm afraid. It only takes a tiny morsel of thought to make a kids day huh.

awh! the poor little man :')
Dad's make babies, but some forget that it doesn't stop there and they have to go on to make men!