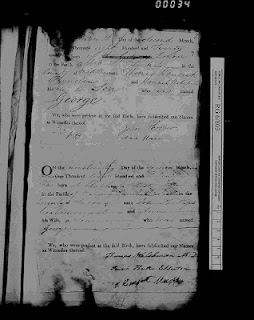 I think I’ve only really felt it once before but now I’m finally feeling it again.

The last time it happened I was sixteen.  Before I was sixteen, I always seemed – to myself at least – to be older than my actual age.  I was always following what my older brothers did, always trying to sneak into the older person's movies, always giving back-chat beyond my years.

When sixteen hit, that was it.  I was sixteen!  There was simply no doubt about it.

Then, after I got past sixteen, I didn’t really progress on to seventeen, not in my head, not for a while at least.  The effect lasted a while with the result that I have always, ever since, felt younger than my actual age.  When I was twenty five, I felt about nineteen.  When I was thirty two, I felt twenty five and so on.


Two weeks ago, I reckoned that I felt about thirty six years old, yes that was about right.

Today?  Today I am forty eight and I feel forty eight.  It’s finally come around again, I feel my age.

I suppose losing someone can do that to you.  It’s wearying, not having that loved-one around anymore.  The very misery of it would tend to age you, you would imagine.  Also there’s the fact that the generation above me has now fully departed and suddenly, I belong to the old one, the one most likely to die next.  There’s reason-enough to suddenly feel your age right there, I reckon.

It’s not a crisis.  Hell it’s not even a bad thing.  I’m only bloody forty eight, it’s not (necessarily) the end of the world.  I ain’t doing too bad either, I still have all my own hair and teeth, I can jump a wall, if needs be, and I can still throw in a funny line here-and-there without working too hard at it.

So it’s all good, really.

The question is, will I continue to feel my age as it changes or will this new forty eight ‘watermark’ now hold for a few years as I progress on through middle age, secure in the belief that I was only ever my real age twice in my life.

Damned if I know.

Hi Ken hope you're well,post got me thinking I'm 50 this year don't feel like it still a teenager in my mind
think the same tho maybe a little more restrained the only time I think of age is when asked of filling out a form or seeing someone from past
even then it doesn't last long however the passing of two former class mates recently, well before their time, does make concept of age last a bit life is fickle you could die at 2 days or 120 years what I think is if you're lucky enough to get a 'good run' is to enjoy it easier said than done but God loves a trier Keep well old friend GH

I married my husband when he was 46 and I was 23. He really didn't feel his age. Then he hit 48-49 and suddenly it hit, and he said he just felt it. He knew he was a middle aged man. I don't think it did him any harm, he is looking well on it and displaying a streak of curmudgeonly which is quite becoming. Enjoy it :-D

I was smiling when I was reading this. You still got that punch..lol...That was exactly what I felt when I was 35, I pretended I was not growing older. Isn't that more serious? Until I reached ...oops ...see I can't even mention my age because I don't want to come to terms with it.Let me enjoy this age phase first. Have a happy weekend.

The best part of working with senior citizens is that they still consider me a kid at age 54. So I comply, to a point. :)

One of my 88 year old ladies once asked me why people asked how old she was. I said she didn't act her age. She said if she knew how the hell an 88 year old acted, she'd try. Then she grinned and added, "I keep telling the mirror I'm only 44. Guess my body didn't get the memo."

I will always cling to something I read as a kid, "Age is mind over matter. If you don't mind, it doesn't matter."

Hey, you'll always be younger than me. ;)

Oh man, i'm older than you! Losing my Dad had the same impact on me.....and so many relatives are in their eighties and nineties now, it brings this mortality business to the forefront of my mind all of a sudden. Having a 10 year old son at 51 keeps me focused on youth though - I hope to begin feeling young again on my next birthday and that it lasts til 89 at least ;)

I have never felt my age. When I was still at school bus conductors would want me to pay full fare. The first time I bought alcohol I was sixteen and I went into an over twenty-one off-licence. When I was twenty-one someone asked me if my then wife (who was six months older than I was) was my daughter. Even now, I did a temp job a few years ago and this girl said it was good that I was still keeping my hand in. I must have been forty-nine at the time and she assumed I was retired. I know that because she said I looked ages with her Uncle Something-or-other and, when I asked, it turned out he was sixty. Even Carrie, who is twelve years older than me, thinks of us as the same age. But what age am I on the inside? It’s a good question because when I look at this bloke in the mirror I’m not always sure I know who that is. I don’t feel nearly fifty-three. My daughter will be thirty-two next and that just doesn’t make any sense to me at all. I’d just about got used to her being seventeen. I do think of myself as a man. That took me a long time to come to terms with. There are still some boyish sides to me—I’m perfectly happy to sit round reading old DC comics which I’ve been doing a lot of recently because I’ve been struggling to concentrate on other stuff—and, left to my own devices, I could live off chocolate and biscuits but the man in me doesn’t let me do that. To be honest I don’t really think of myself as any age. I think once you pass a certain point then birthdays really stop mattering. Sixteen mattered, twenty-one, thirty, forty, fifty not so much. We’ll have to see how I feel once I reach sixty but I suspect it will be anticlimactic.

Wilde said once that after 25 everybody is same age